Around 10 million people live in Lombardy, in northern Italy, which includes the city Milan. The Government has announced dramatic new measures allowing it to fine anyone who enters or leaves Lombardy, except in exceptional cases, without permission.

All bars, theatres, gyms, cinemas and public events will be forced to close.

Even religious ceremonies, including funerals and weddings, are to be banned.

The number of Italian coronavirus cases shot up again on Saturday, hitting 5,883.

This was an increase of more than 1,200 cases on the day before, the highest single 24 hour increase. 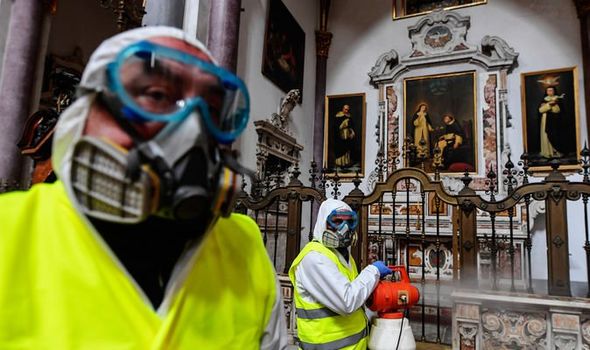 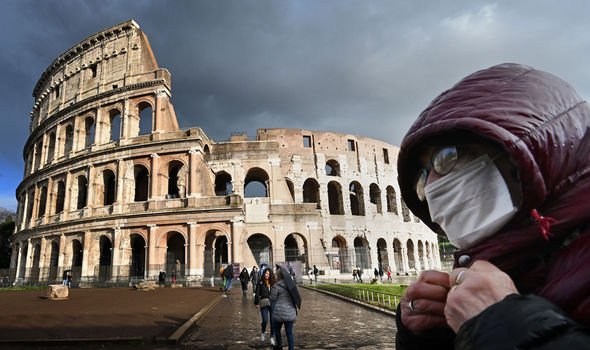 The Italian Government is also considering extending an ongoing school closure to April 3 across the country.

Series A football games will continue being played in empty stadiums.

Speaking at a press conference Angelo Borelli, head of Italy’s civil protection agency, insisted the country would overcome the virus.

He commented: “We will win this battle if our citizens adopt a responsible attitude and change their way of living.” 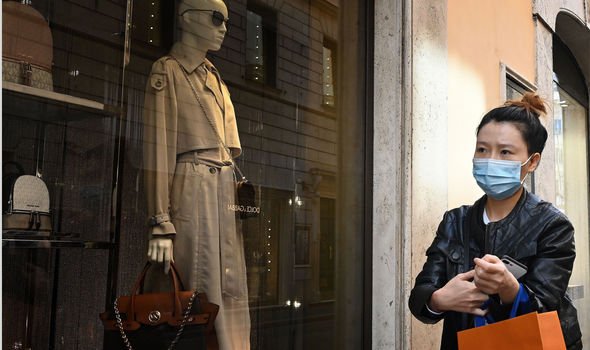 More than 230 have been killed by coronavirus so far in Italy, with 50 deaths reported in the past 24 hours.

Eleven other Italian provinces, including Venice, Parma and Modena, are also expected to have more severe measures put in place.

On Saturday Nicola Zingaretti, leader of the left-leaning Italian Democratic Party, announced he had the infection. 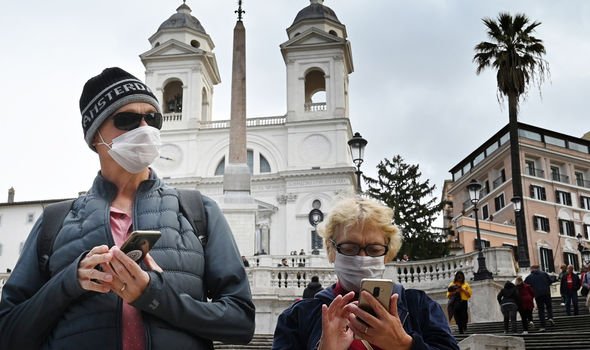 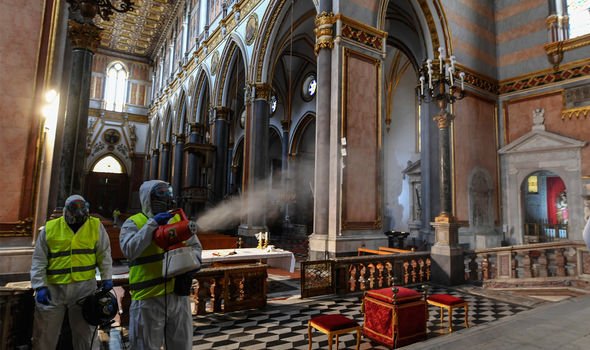 Two Iranian MPs have already been killed by the outbreak.

Outside of China the worst effected countries have been Iran, Italy, Japan and South Korea.

However the number of UK cases has been increasing rapidly, with two confirmed deaths so far.

The British Government is considering imposing emergency measures to allow 24-hour food delivery to be ferried into coronavirus hotspots in the event of a wider outbreak.

New legislation could also offer employment safeguards for an army of three ­million volunteers so they can leave their main jobs and temporarily help out in a health, community health and social care setting in the event of a widespread pandemic.

The latest moves come as the family of the second person to die with the virus in the UK praised the “truly loving and ­wonderful” 83-year-old man and revealed that they are living a “nightmare” in enforced self-isolation.

Yesterday the number of new cases in the UK increased by 42 overnight to reach 206, with more than 23,000 people tested. 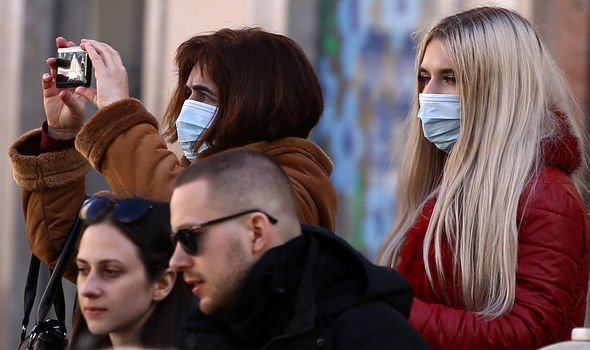 As ministers urge the public to remain calm, Prime Minister Boris Johnson and his pregnant fiancee Carrie Symonds attended the England v Wales Six Nations rugby clash at Twickenham, to underline that “he doesn’t want to be draconian about mass gatherings or events”.

Other football fans around the country were seen wearing face masks in a bid to stave off infection.

Mr Johnson is set to chair an emergency meeting of the government’s Cobra committee, where he could step up the measures still further.