ROME (Reuters) – Italy added new restrictions on Wednesday to a lockdown imposed to fight the coronavirus, ordering bars, restaurants and beauty parlors to close after the highest daily increase in deaths of any country since the outbreak began. 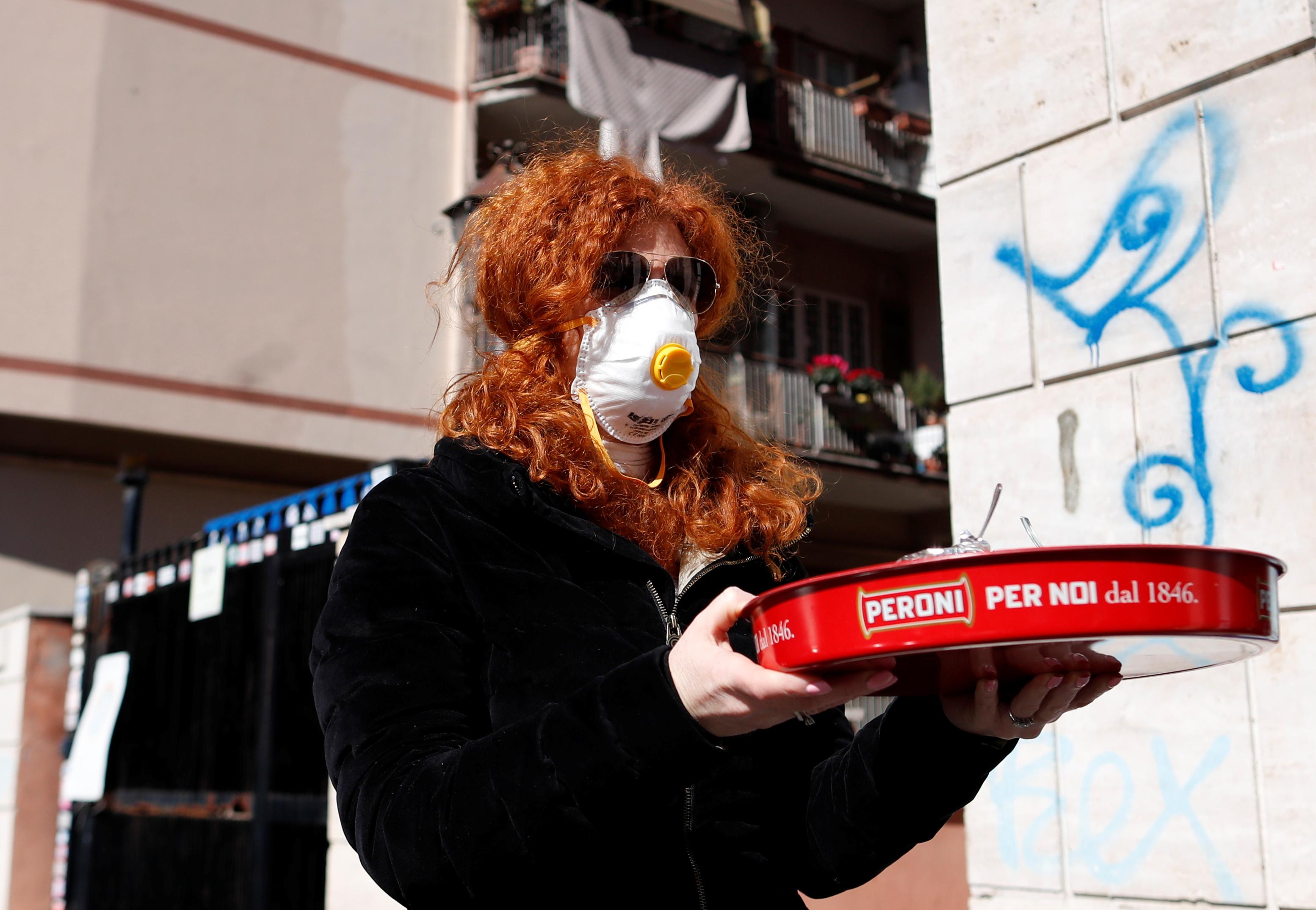 In a televised address to the nation, Prime Minister Giuseppe Conte said all shops would be shuttered except supermarkets, food stores and chemists, and companies must close all non-essential departments.

“We will only be able to see the effects of this great effort in a couple of weeks,” he said, referring to the daily bulletins announcing the number of new cases and fatalities.

Company canteens can remain open if they are able to guarantee a distance of at least 1 meter (3 feet) between customers.

The latest measures will take effect from Thursday and run until March 25, the prime minister’s office said.

“The country needs responsibility from all of us, the responsibility of 60 million Italians that are making small and large sacrifices every day,” Conte said.

His brief, somber address echoed the words he used just two days ago when he widened a lockdown in the worst-hit northern regions to the whole of the country, banning all non-essential travel and public gatherings until April 3, halting sports events and extending a shutdown of schools.

Under the latest measures, trains and urban public transport will remain open, as will services considered essential such as plumbers, mechanics and petrol stations.

Such measures are taking a heavy toll on Italy’s economy, and Conte announced earlier that he would ramp up spending to soften the economic blow from the virus, allocating 25 billion euros ($28.3 billion) to support firms and families.

Only a week ago, he estimated it would need just 7.5 billion euros.

Economy Minister Roberto Gualtieri warned there may be a “significant contraction” in gross domestic product this year.

An emergency decree to be approved this week will hike the deficit target initially to 2.7% from the current 2.2% goal, Gualtieri said in a letter to the European Commission.

Elderly people are particularly susceptible to the virus and Italy has the oldest population in Europe, with 23% aged 65 or above. Experts say this might be the reason why the fatality rate here is 6.6% – significantly higher than elsewhere.

Most Italians appear to be respecting the most severe controls placed on a Western nation since World War Two, with traffic much quieter than usual in major cities, many shops and restaurants already closed and only a few flights operating.

Russia and Slovenia became the latest countries to curb travel from Italy, which is increasingly isolated from the outside world.

An opinion poll by the Ixe agency showed 89% of Italians backed their authorities’ draconian measures, with 78% saying they would support even tougher steps, even though 76% thought the existing ones would have a “grave” impact on the economy. 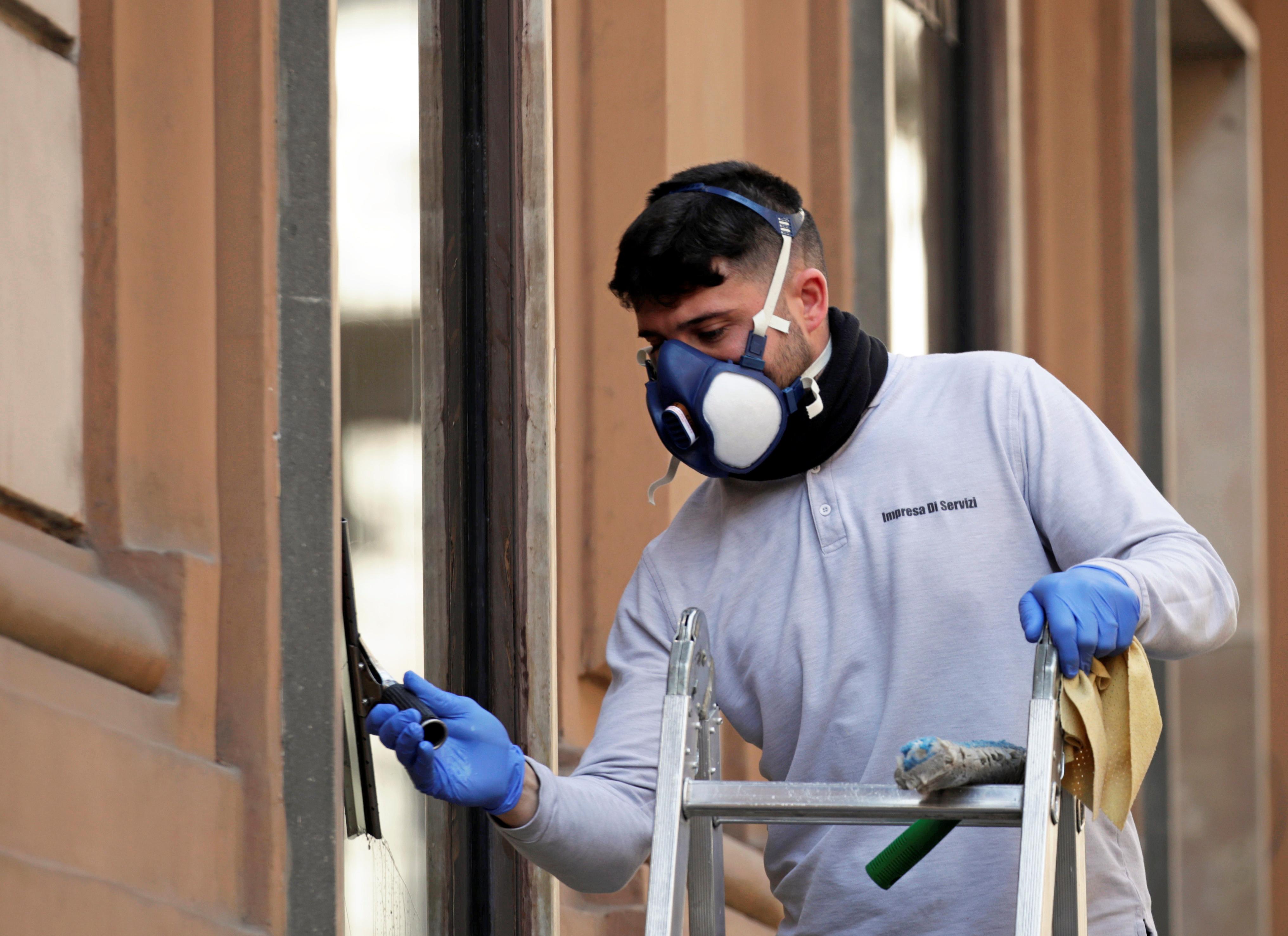 Highlighting the human cost of the outbreak, the government said the head of the medical association in the northern city of Varese, 67-year-old Roberto Stella, had died of the virus.