It's safe to say James Hewitt has led a pretty colourful life.

From wooing princesses to pop stardom to – well – mowing lawns and raking leaves for a living, he has quite the CV.

The former Army captain, who turns 63 today, April 30, shot to global infamy back in the mid-90s after revealing his affair with Princess Diana.

The late royal herself made no secret of their romance, publicly admitting the fling during her famed Panorama interview in 1995.

Hewitt is believed to have become close with Di around the same time Prince Charles was secretly seeing Camilla Parker-Bowles behind his wife's back.

However, Hewitt has been haunted by speculation he was in fact Prince Harry's real dad in the years that followed.

Despite repeatedly denying the rumours for more than two decades years since, many refuse to accept his pleas.

But who is the man behind the Harry myth – and is there any evidence to suggest he could actually be the prince's dad?

Born in Belfast in April 1958 to Olympic pentathlete and Royal Marine John Hewitt and mum Shirley, he grew up in Kent and Devon.

He attended Millfield in Somerset – one of the UK top public schools.

Hewitt graduated from the Royal Military Academy in Sandhurst before joining the British Army in April 1978 as a second lieutenant.

He was promoted to lieutenant two years to the day later before being named an acting captain 1984.

As the Gulf War broke out in 1991, Hewitt was deployed to command a tank during Operation Desert Storm.

While stationed in the Middle East, Hewitt failed the exam to become major three times, the New York Times reported in 1994.

He was finally granted the rank at his retirement in 1994 "in line with common army practice" after 17 years' service.

The following year, his life changed forever. News broke of his reported five-year relationship with the late royal, which, ultimately, brought their romance to a sudden halt.

The pair allegedly first met in 1986 at a party organised by Hazel West, Di's lady-in-waiting.

“Hewitt, a natural womanizer, gave her the attention and affection she relished, and then the passion she yearned for," said Ken Wharfe, Di's former protection office, in his book Diana: Closely Guarded Secret. 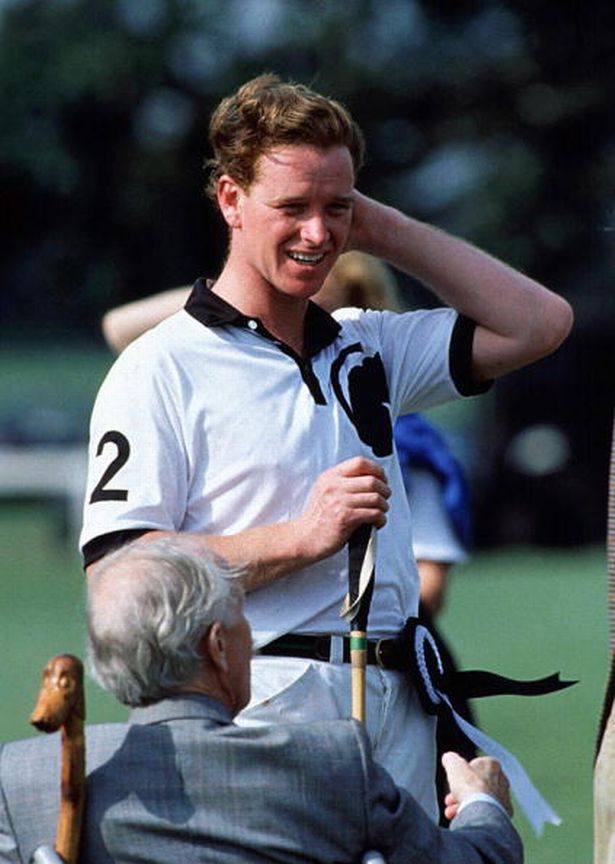 “At first, Diana refused to concede to me that her affair was anything less than innocent. ‘Nothing is going on,’ she would say, her face flushing red, as we drove back from a tryst, usually with the atmosphere tense in the car.

“I would assure her that I had no interest in anything but her safety, but she must have thought I was stupid or deaf.

“The pair usually met at an old cottage in Devon belonging to Shirley, Hewitt’s mother, where the creaking bedroom floorboards told the story more loudly than any confession.”

While the pair officially called it quits when the affair went public, it was his time in the Middle East during the Gulf War that reportedly brought about the beginning of the end.

He has since opened several businesses, including a golf driving range site and a now-closed bar in Spanish resort Marbella.

He came back to public attention in 2006, when Hewitt appeared with Rebecca Loos for a celebrity X Factor spin-off.

In 2017, he was given just a “slim chance” of survival by doctors after suffering a heart attack and stroke, the Mirror reported at the time. But he managed to get back on his feet after winning the fight of his life.

Since his second brush with fame, his dreams of future stardom are rumoured to have taken something of a nosedive.

Hewitt is believed to have worked as a gardener at a block of flats in Devon, earning a rather un-princely salary of £4,000, according to MailOnline.

The former royal romancer appeared completely at ease mowing lawns and raking leaves in his black boots, khaki trousers and a flat cap.

But is he really Prince Harry's dad?

The short answer is – no.

Despite their many striking similarities in appearance, particularly when compared to Prince Charles, and more than two decades of denials from the man himself, it turns out he couldn't possibly have been Harry's dad.

Harry was born in September 1984, meaning the Duke of Sussex would have to have been conceived around the turn of that year.

If those in the know are to be believed, Hewitt and Diana didn't actually meet until 1986. Harry was already two years old.

“It’s something that’s been made up. It was just because Harry had red hair, but all the Spencers have red hair."