Tributes have been paid to professional darts player Kyle Anderson, who has died at the age of 33.

Anderson is known for being one of only eight players ever to have hit a nine-dart finish at the World Championships, having achieved the feat against Ian White in 2014.

He played in seven World Championships after making his debut in the 2012-13 event and held a Professional Darts Corporation (PDC) Tour card from 2014 until this year. 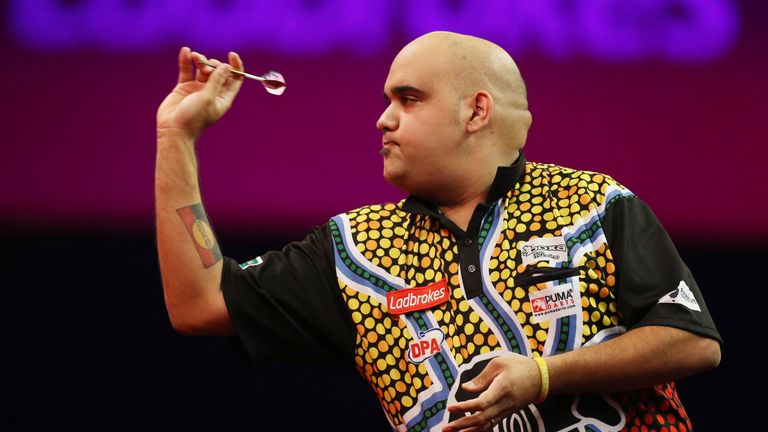 His greatest spell came as he won a Players Championship and then the Auckland Darts Masters on the World Series of Darts circuit in 2017.

Anderson had returned to Australia at the start of the coronavirus pandemic last year and relinquished his tour card in January, as he opted to stay in his homeland for family reasons.

PDC president Barry Hearn said: “We send our condolences and best wishes to Kyle’s family and friends at this terribly sad time, particularly his wife and children.

“Kyle’s achievements in his short-lived career were outstanding, notably his Auckland Darts Masters win, and a fitting reward for the sacrifices he made to follow his dream.

“He was a popular player on the Tour and his talent and dedication made him an inspiration to other players around the world.”

Anderson spent four weeks in self-isolation after testing positive for COVID-19 shortly after returning to Australia from the UK at the end of March 2020.

He posted a picture, seemingly of himself in hospital, on his Instagram on 10 August alongside the caption: “Getting all too regular now.”

No cause of death has been revealed for Anderson, nicknamed “The Original”.

Three-time world champion Michael Van Gerwen tweeted: “A lovely man and always fun to be with, very sorry to hear about Kyle. We had many great games and a fantastic player. A credit to Australian and world darts. RIP mate.”

Phil Taylor, a 14-time world champion, also paid tribute, tweeting: “What terrible news to wake up to what a nice friendly man. @KyleDarts RIP pal. Thoughts go to all your family.”

PDC world champion Gerwyn Price posted: “Such awful news to wake up to Kyle you was the nicest person in darts always had time for everyone you will be sadly missed sending all my love and strength to your wife and young family RIP brother.”

Former BDO world champion Stephen Bunting wrote: “Absolutely gutted hearing the news this morning. RIP Kyle Anderson. The darts world hasn’t been the same with you not around brother. You always made me laugh every time we met. Never a dull moment with you around. We are all gonna miss you mate. Xx”