JERUSALEM (Reuters) – With Jerusalem under lockdown over coronavirus, Easter Sunday was marked at the traditional site of Jesus’ death and resurrection by just a handful of Christian clerics. 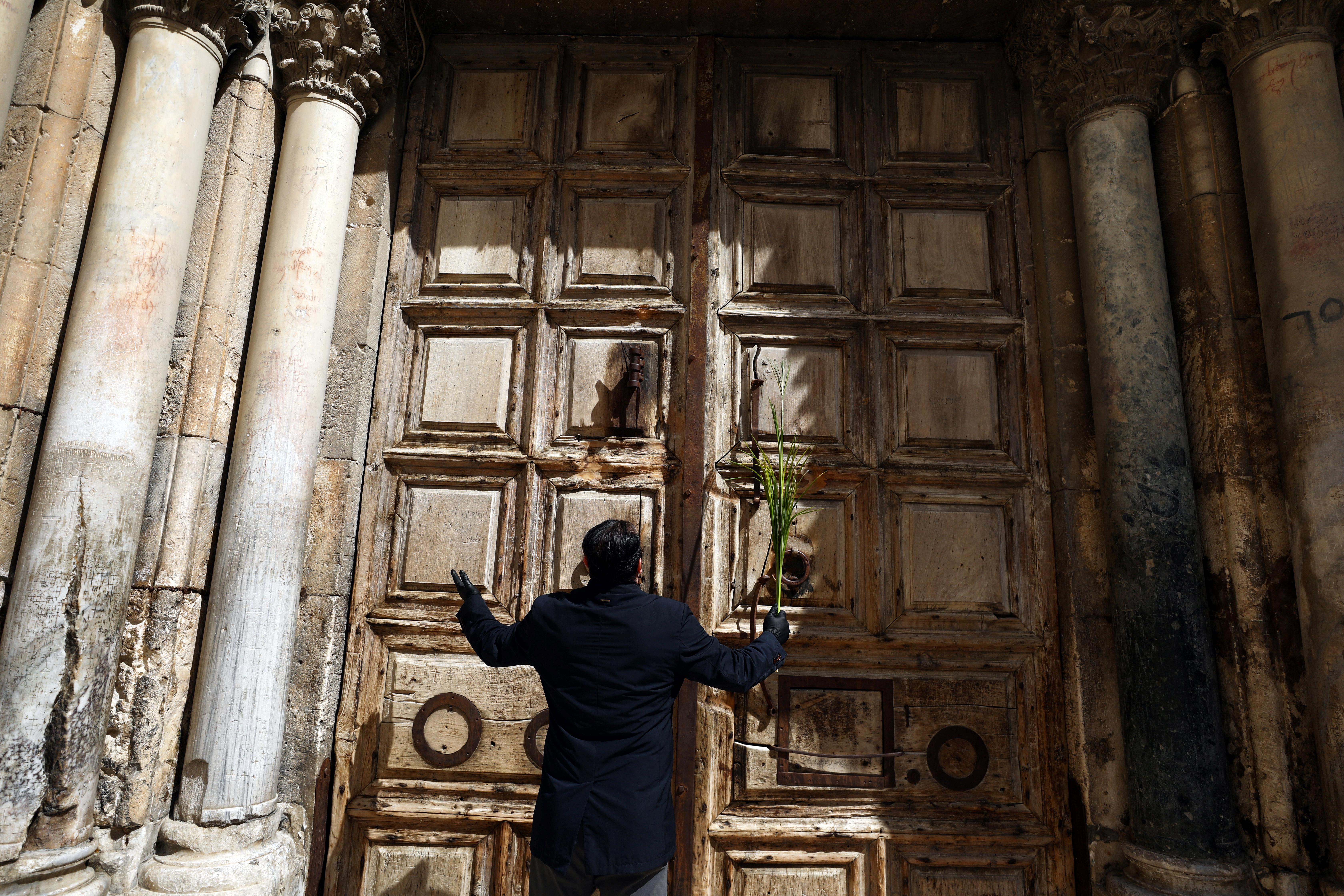 The Church of the Holy Sepulchre, normally packed with pilgrims, was closed to the public last month due to COVID-19, amid similar restrictions affecting sites sacred to Jews and Muslims.

After walking through a deserted Old City bathed in early morning sunlight, a purple-robed Archbishop Pierbattista Pizzaballa, the Vatican’s apostolic administrator in the Holy Land, spoke briefly outside the church:

“Easter is a time for life. Despite the sign of death we are seeing everywhere, life will prevail, as long as someone is giving life out of love for the others. Happy Easter,” he said, before entering the ancient sandstone building.

Carrying a face mask and flanked by aides, Pizzaballa then conducted a service with a small number of Roman Catholic clergymen.

COVID-19 has killed more than 100,000 worldwide. It has infected nearly 11,000 in Israel, with 103 fatalities, and there have been 268 cases and two deaths in the Palestinian territories.

Passover and Ramadan also fall this month, but this year Jerusalem is all but empty.

The Church of the Holy Sepulchre, on the site where Christians believe that Jesus spent his last few hours, is the focus of celebrations of Easter, the most important festival in the Christian calendar.

Tens of thousands of pilgrims usually walk the Via Dolorosa passing the 14 Stations of the Cross marking events leading up to Jesus’ burial.

The church has reopened for Holy Week services attended only by senior clerics of the denominations who share custody of the site, the Greek Orthodox, Armenian and Roman Catholics.

Orthodox Christians celebrate Easter a week later, including the ceremony of the Holy Fire, which symbolizes the resurrection of Jesus after his death on the cross.