BISCHWILLER, France (Reuters) – The Skype call had to be rebooted, but after several attempts Danielle Martin, a 71-year-old locked down inside a French retirement home, could finally see her niece Nathalie via the tablet propped up in front of her wheelchair. 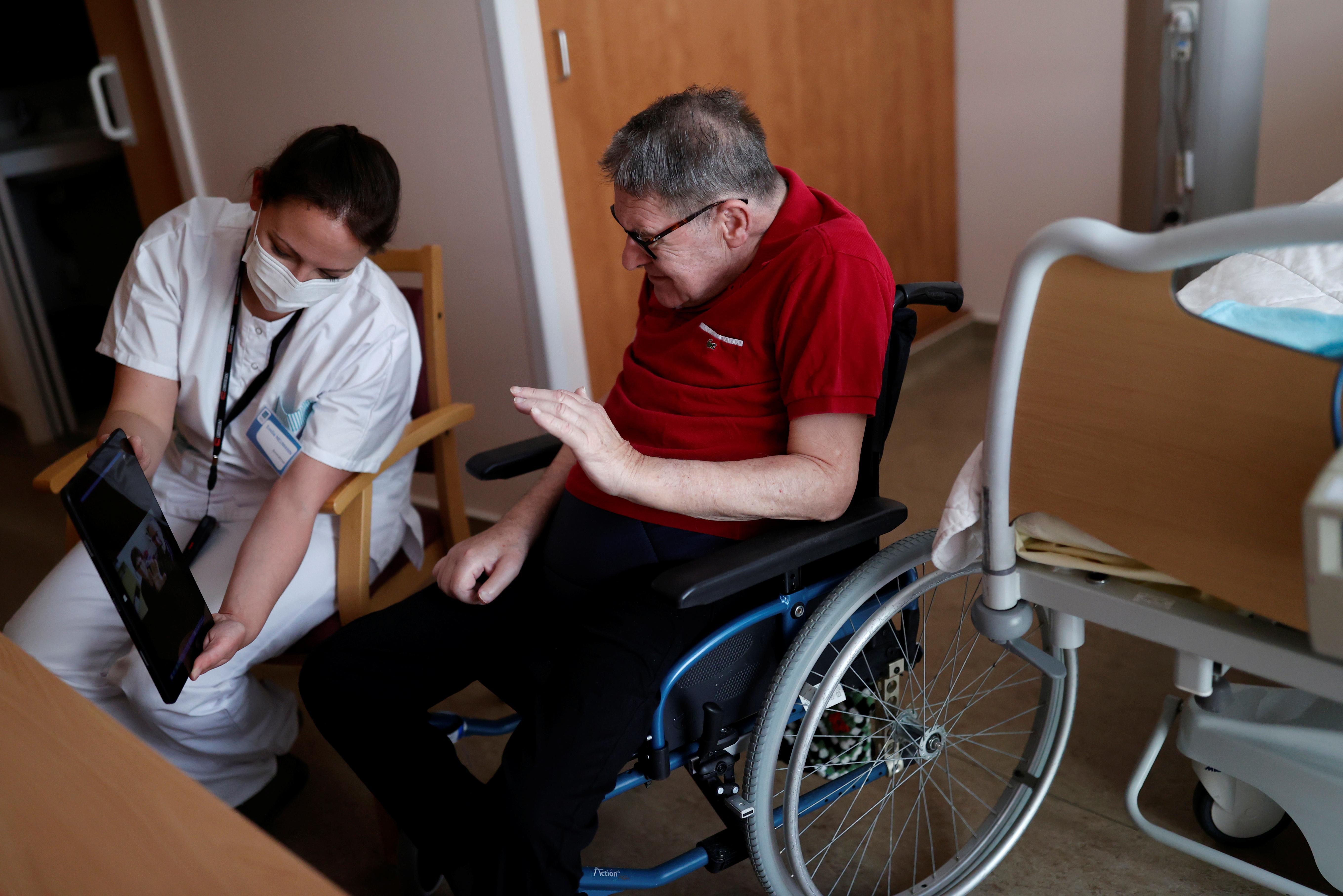 “There you go, now I can see her,” the pensioner said to Emilie Neumann, an employee at the home whose job since the coronavirus outbreak involves compering video calls between residents and their families.

Old people are especially vulnerable to the coronavirus – in France to date there have been 4,166 deaths related to the disease in retirement homes – and so the homes have been banning visitors and confining residents to their rooms.

That has left elderly people cut off from the social and family ties that they depend on for psychological wellbeing, medical professionals say.

Before the outbreak, Danielle Martin’s niece would visit her twice a week at the “Jardins D’Emeraude” retirement home, a unit of the Bischwiller Hospital, in eastern France.

Once visits and socialising were banned, the pensioner’s days felt emptier. “I can have a siesta and watch TV. There’s nothing else to do,” she said.

In the meantime, worried relatives were bombarding the home with phone calls seeking updates on their relatives, according to Magaly Haeffele, the director of the facility.

The home needed a better solution. After putting out a request, they received tablets and smartphones from local charities and donors, and installed Skype and WhatsApp applications so they could be used for video calls.

To help residents and their relatives with unfamiliar technology, staff members were re-assigned from their regular roles, and volunteers were drafted in to help too.

“It allows us to keep up the morale for our residents and for our staff, who can sometimes see the distress of a resident who is unable to be in touch with those people close to them,” said Haeffele.

The video calls are no less important for relatives, staff said.

In their Skype call, Martin and her niece talked about the weather, caught up on family news and discussed the shortage of some fresh produce in stores. But her niece said it was not the content of the conversation that mattered.