Senator Graham attended an event at Trump’s Florida Mar-a-Lago resort with a Brazilian delegation including president Jair Bolsonaro. Mr Bolsonaro is currently being monitored for signs of coronavirus, whilst his spokesman has tested positive.

According to Senator Graham’s office he has “no recollection of direct contact” with Mr Bolsonaro but is entering self-isolation as a precaution.

His spokesman said: “However, in an abundance of caution and upon the advice of his doctor, Senator Graham has decided to self-quarantine awaiting the results of a coronavirus test.”

Mr Graham posted a photo of himself on Twitter carrying two bags of gifts whilst wearing a ‘Make America Great Again’ baseball cap. 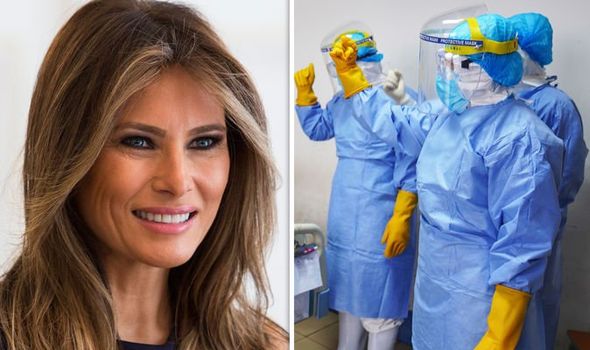 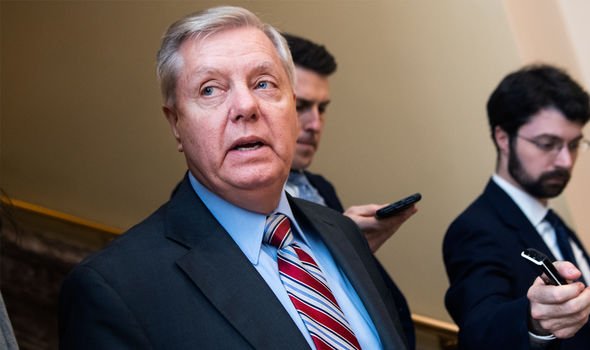 Mr Graham is the third US Senator to enter self-isolation over coronavirus fears.

Texas Republican Ted Cruz announced on Sunday he was going into quarantine after coming into contact with someone later diagnosed with coronavirus.

Senator Rick Scott, a Republican representing Florida, made a similar announcement on Thursday.

A number of House of Representatives members have also gone into self-isolation. 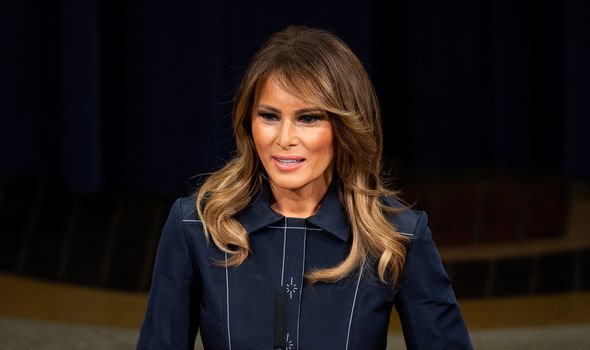 Access to the US Capital building will be restricted, with public tours suspended, in a bid to protect against coronavirus.

On Friday President Trump declared a national emergency in the United States over the coronavirus outbreak.

The President said the move would unleash up to $50 billion of funding to tackle the spread of the potentially deadly virus, stressing that the “next eight weeks are critical” in the fight.

Speaking in the Rose Garden of the White House, Mr Trump said calling the emergency would “save countless lives”. 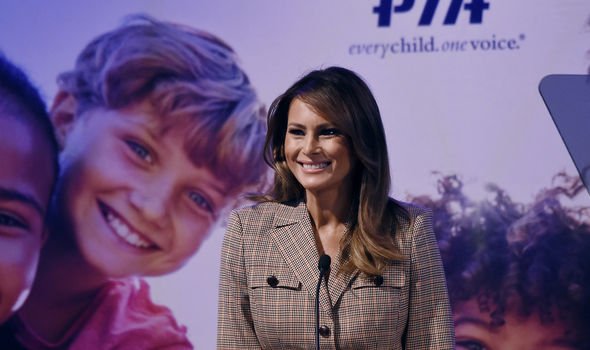 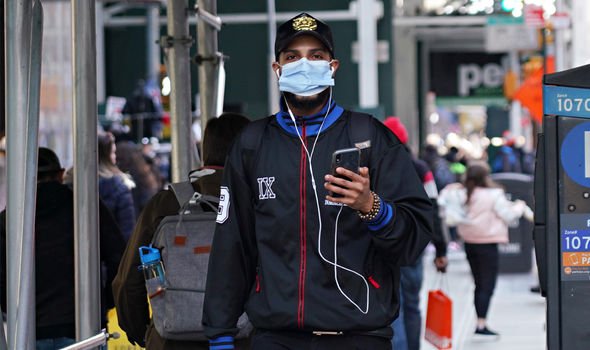 He added: “To unleash the full power of the federal government with this effort today I am officially declaring a national emergency. Two very big words.

“The action I am taking will open up access to up to $50 billion (£40.5bn) of very important and a large amount of money for states and territories or localities in our shared fight against this disease.

“In furtherance of the order, I am merging every state to set up emergency operations centres effectively immediately. You’re going to be hearing from some of the largest companies and greatest retailers medical companies in the world.”

Trump was flanked by Vice-President Mike Pence and the top US official on infectious diseases, Dr Anthony Fauci, among others.

He warned: “It could get worse. The next eight weeks are critical.

“We can learn and we will turn a corner on this virus.

“Some of the doctors say it will wash through, it will flow through – interesting terms, and very accurate I think you’re going to find. In a number of weeks it’s going to be a very accurate term.”

Trump had previously come under fierce criticism for claiming the US outbreak was under control and the number of cases would soon fall to zero. 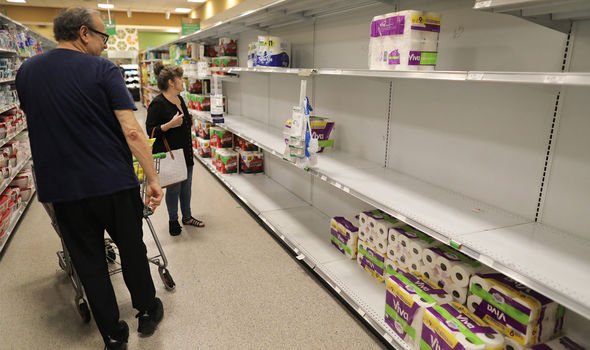 President Trump was tested for coronavirus but the results came back negative.

On Friday the US announced a travel ban targeting European countries would be extended to the UK and Ireland.

From early morning on Tuesday nearly all non-American nationals will be prevented from travelling from both countries to the United States.

A ban on travel from 26 other European countries is already in effect.