Mrs Merkel has seen Germany head into a political crisis in recent years as she prepares to step down in 2021, and one figure from within her party believes the Chancellor has made a number of key errors leaving it in turmoil. The damning claims were made by Felix Schoenherr of the Werte Union – a group within the ruling Christian Democratic Union (CDU) critical of Mrs Merkel’s leadership. He says the Chancellor made mistakes on policy but also surrendered too much power to left-wing parties in Germany.

He told Express.co.uk: “From Werte Union’s point of view, this crisis is mainly due to policy on energy and the refugee crisis.

“Also, there is a consensus that there is an appeasement to the left going on from Merkel.

“Around the last 10 years the CDU has tried to reach out to leftist parties, but this is a problem because the party’s standpoint is not clear anymore.

“If you are appeasing your opponents all the time the message cannot be clear, and this has left the party in a state of decline.”

Mr Schoenherr drew parallels between the predicament Chancellor Merkel is in and the downfall of former Prime Minister Theresa May.

In particular, Mrs Merkel’s efforts to please both sides of the political spectrum mirror Mrs May’s own troubles trying to unite Remainers and Brexiters in the Conservative Party. 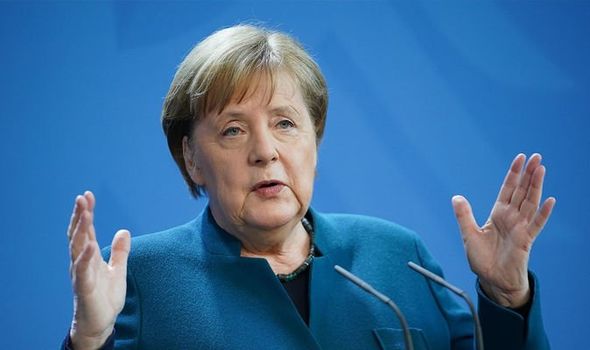 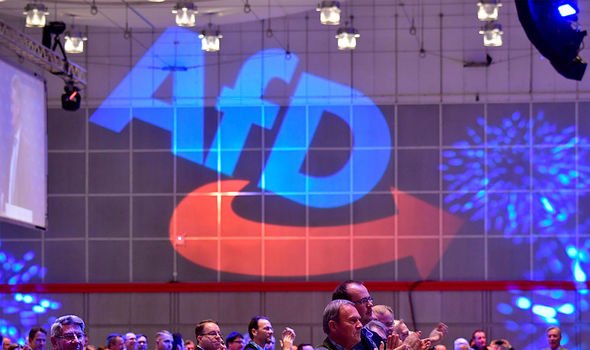 The Werte Union’s spokesman said: “For Merkel this has happened over a long time while for Theresa May she failed in a short time. For Merkel this developed for quite some time because there was only opposition from the left.

“The left was partnered into three parties – the Social Democrats, The Greens and The Left – on the right side there was only the CDU.

“Now with the AfD, there is also an opposition on the right so now Merkel’s way of operating won’t work anymore, because you can’t get consensus from both sides.

“We have polarisation now in society, and I think Johnson made a smart move by acknowledging this in the election when he said ‘Get Brexit done’.” 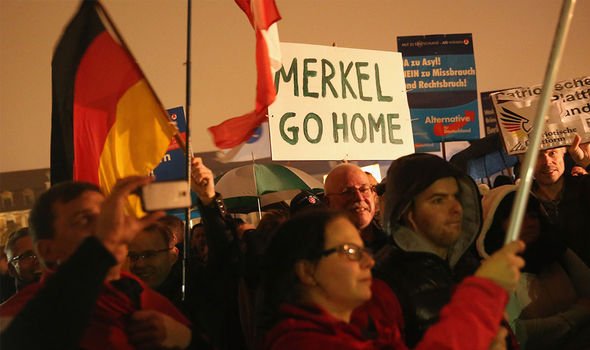 This problem, as Mr Schoenherr highlights, has materialised into crushing electoral defeats for Mrs Merkel.

In the country’s 2013 Federal Elections, the AfD, having just been founded, won 810,000 votes winning no seats.

But in the next vote four years later, the party boosted their share to over five million votes, a rise bigger than Ukip’s between 2010-2015.

This time they finished third, behind the AfD in second as Die Linke (The Left) claimed a surprise victory.

On whether Mrs Merkel is to blame for the slump, Mr Schoenherr highlights these results and says she must take responsibility. 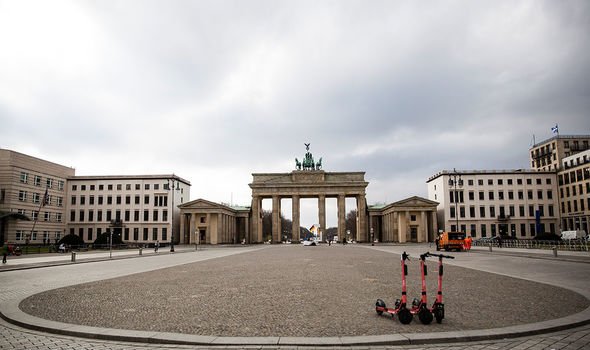 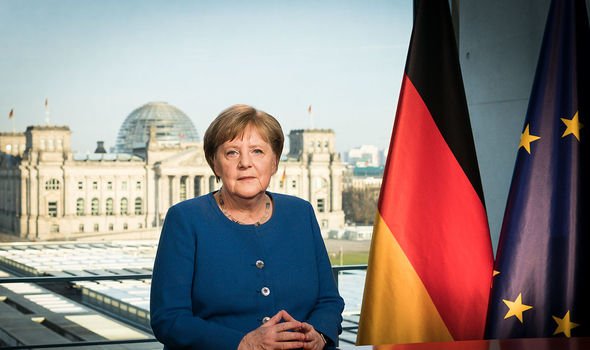 “You just have to compare the results from before Merkel stepped in and now. I think there is some responsibility there of course.

“There has also been a decline of party members – in any football club, if you have a coach with results like that you throw them out.

“We are in a deep crisis for the party which has to be resolved quickly.”

Chancellor Merkel has also come under fire for her leadership during the coronavirus outbreak.

Elizabeth Schumacher writes for the Boston Globe: “Merkel’s lukewarm leadership will not only cause a catastrophe for Germany, as the dearth of strict regulations means the rate of coronavirus infections continues to skyrocket across the country.

“The very meaning of the European project has been called into question.”

Mrs Merkel is now in is in quarantine after a doctor who gave her a vaccine tested positive for coronavirus.

She will work from home while undergoing regular tests, her spokesman said.