The Met Office has updated several snow and ice weather warnings for Saturday expanding the warning area to include more areas of Britain. Weather forecasters predict rain, sleet and snow to batter large parts of the country on Saturday, with ice and wind to impact many areas of Sunday.

The Met Office today updated a severe snow and ice weather warning across the UK.

The warning advises of snow and ice which may cause some disruption.

The snow and ice warning reads: “A band of rain, sleet and snow will move eastwards during Saturday. Snow may fall to low levels for a time giving 1cm to 2cm in places.

“There is also the potential for 2cm to 7cm of fresh snow over hills, where strong and gusty winds will be an additional hazard and may lead to temporary blizzard conditions and drifting.

“The strong winds may cause some localised disruption to ferry services around western Scotland. Rain may also fall onto frozen surfaces in a few places giving a risk of icy stretches on untreated surfaces.”

The warning was expanded to include more regions of Wales and parts of South West England, with the warning trimmed back over parts of Scotland. 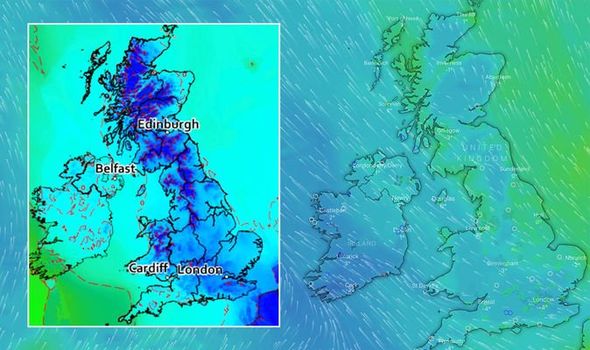 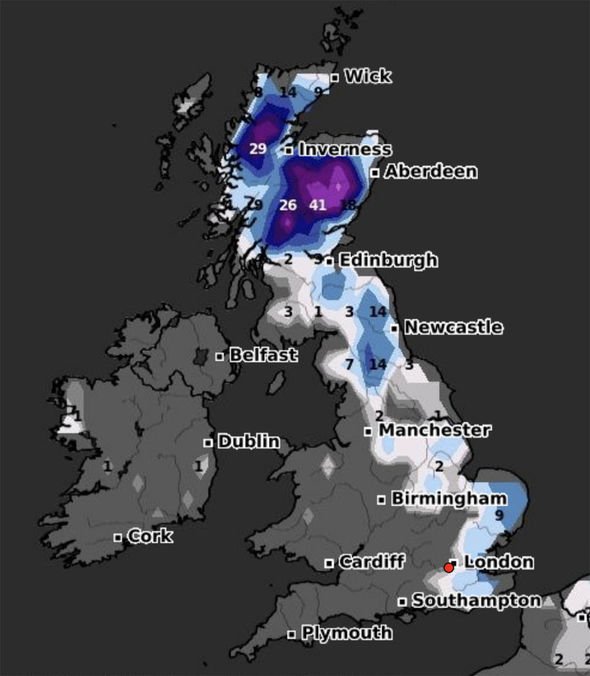 The snow and ice warning is in force from 8am until 10pm on Saturday, February 13.

The affected regions include: 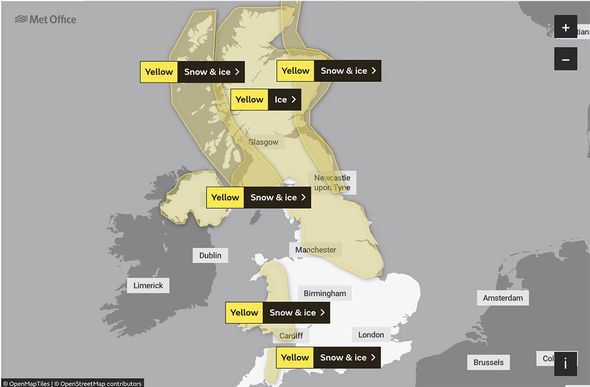 Another snow and ice warning is in effect from 4am to 6pm on Saturday across all of Northern Ireland.

The warning shows up to eight inches (20cm) is likely over areas of higher grounds.

The snow may turn to freezing rain at times across parts of Northern Ireland bringing an additional ice risk.

An ice warning was issued by the Met Office on Friday covering large parts of Scotland and northern England.

Sporadic snowfall may increasingly turn to freezing rain overnight Saturday into Sunday, whilst moving eastwards and expanding across other parts of Scotland and Northern England.

This freezing rain is likely to be quite localised, but where it does occur will rapidly cause icy and somewhat treacherous stretches on roads and pavements.

There is very low confidence in how extensive this freezing rain will be, although it is likely to fall in at least a few places within this warning area.

There is a small chance that it could become more widespread through the course of Sunday morning, especially across Scotland.

Milder air will steadily arrive from the west during Sunday daytime, slowly confining the ice risk further east and south through the day, and mainly to higher ground. 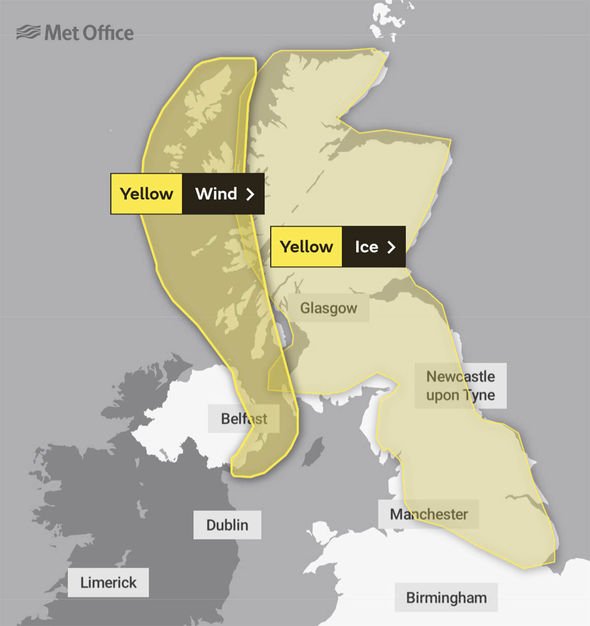 On Sunday, a new wind warning has been issued by the Met Office.

The warning advises of gusts reaching 60mph to 70mph across parts of the country.

The winds, developing across the Irish Sea, and into the east of Northern Ireland, and in combination with high tides, may be enough to generate impacts from large waves in some coastal parts of Antrim and Down.

A change in wind direction to the south-southwest later in the day will bring Skye and the Isles of Lewis and Harris into the area of stronger winds too, before winds generally ease from the south by the end of the day.

The weather forecast for the weekend advises western areas will become cloudy with outbreaks of snow pushing in from the west.

Eastern areas will stay largely dry and bright albeit with cloud cover increasing later on.

Conditions will feel windy and cold.

Overnight on Saturday, the weather will be cloudy and windy with isolated snow showers lingering in northern areas.

The weather will be mainly dry elsewhere, but a few showers in the south-west towards dawn.

On Sunday, it will be a cloudy and windy day with showers in south-western areas at first, spreading east and north and becoming heavier as the day progress, before conditions become milder, particularly in the west.