MEXICO CITY (Reuters) – Mexicans on Wednesday feared measures to contain the coronavirus outbreak would lead to widespread looting after criminals robbed stores that were closed and posted calls on social media for people to ransack businesses. 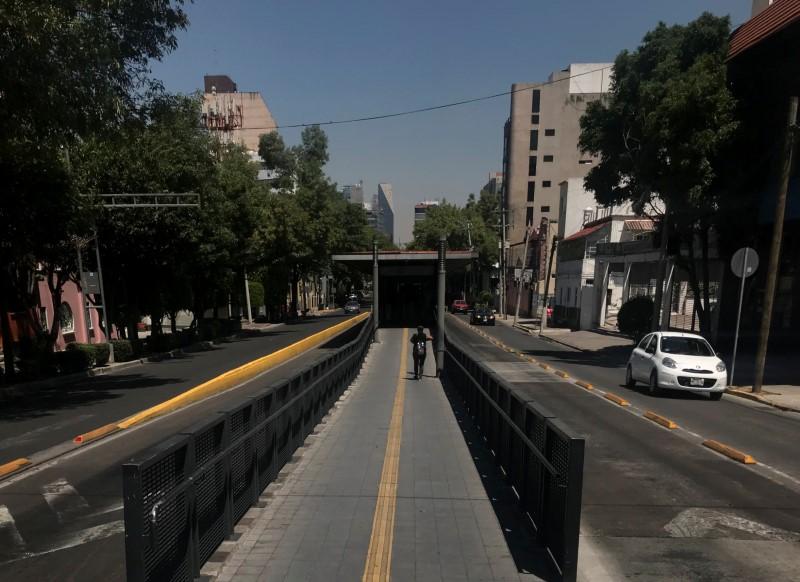 Police in Mexico City arrested 10 people on Tuesday night who tried to rob shops in four neighborhoods, the city’s security ministry said in a statement.

Authorities have tried to reassure residents that this is not the beginning of a wave of looting, saying the supply of supply of food and medicine is guaranteed.

Mexico City Mayor Claudia Sheinbaum said at a news conference on Wednesday that authorities are conducting “permanent surveillance of social networks in case there are any calls” to loot and explained that the thieves targeting shops to steal televisions and the like “has nothing to do with” poverty.

That did little to assuage the fears of some shopkeepers as criminals organized heists on social networks and instant messaging platforms, such as WhatsApp. (FB.O)

“In the middle of this pandemic in Mexico, it’s incredible people are still organizing looting,” a shop owner in populous Mexico state, which neighbors capital Mexico City, said online.

“I ask authorities to vigilant because many business owners are afraid of being attacked by looters.”

The public security ministry of Mexico state said that on Tuesday it detected 29 Facebook accounts inciting residents to ransack stores that had closed due to the pandemic, which has so far infected 405 and killed five people in Mexico.

The head of the public security ministry of Mexico state, Maribel Cervantes, told local television station Milenio that the authority was coordinating with the Mexican retailers’ association ANTAD to beef up security.

In the southeastern state of Quintana Roo, home to tourist hotspot Cancun, police chief Alberto Capella took to Twitter to warn alleged looters plotting on WhatsApp that authorities were onto their scheme.

“We are watching you, along with the other members of your WhatsApp chat. After identifying you, we will charge you,” Capella said, directing his message to the administrator of the group.