Malaysia Airlines Flight 370 went missing on March 8, 2014, en route from Kuala Lumpur to Beijing with 239 people on board. Dubbed the greatest aviation mystery of all time, this doomed flight has been the subject of much speculation. The official investigation concluded it likely crashed into the southern Indian Ocean, but no wreckage was ever discovered, despite two extensive searches in the area.

Six years later, official investigations have now ceased, but loved ones are still without answers.

However, Malaysia have said that if “new credible evidence” was discovered, they would consider reopening the case.

Due to this, a group dedicated to helping the families decided last year to start a campaign to help raise public awareness and invite people to hand over any information that might be helpful.

With the help of donors, they offered a large sum of money ‒ the equivalent of £220,000 ‒ for anyone who might have useful information related to the tragedy. 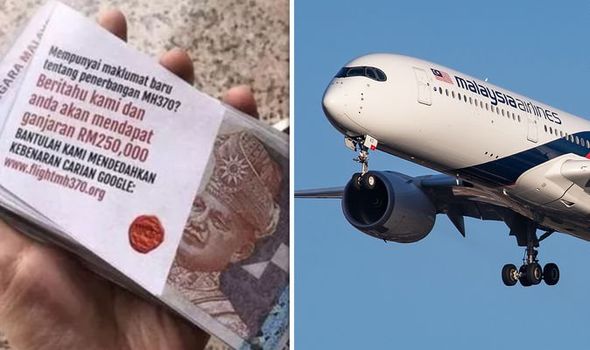 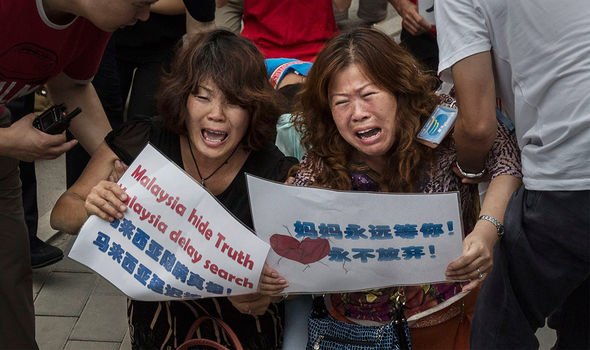 Information about the prize was put online, handed out on flyers in Malaysia and reported by Express.co.uk.

The campaign has now ended and more than 900 people have come forward with information.

The group are hopeful there may be a breakthrough piece of evidence in the reams of information that has been handed over.

One of the leaders of the campaign, who wishes to remain anonymous, told Express.co.uk: “We are at the end of our prize offering campaign. 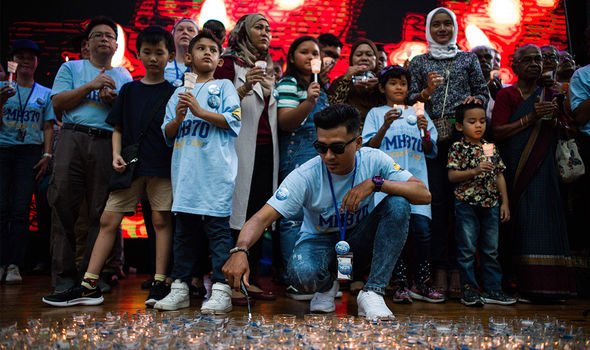 “More than 900 brave people have reached out to us with all kinds of information that are currently under review by objective experts for further examination.

“Regardless of the examination outcome, we have initiated a ‘Thank You’ campaign in order to stay in people’s awareness and perhaps encourage them to continue sending us information.”

One Thank You poster read: “We wish to thank the brave people who took a risk and passed on information.”

This “risk” referred to here, and the reason why the investigator wanted to remain anonymous, is likely in part due to their experience while trying to gather this information. 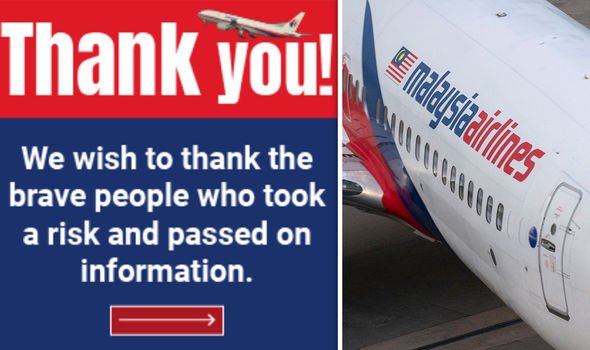 The group, which has accused the authorities of hiding information, ran into trouble while handing out flyers in Putrajaya, a city south of Kuala Lumpur in Malaysia.

The investigator told Express.co.uk one of their group was arrested and questioned by the police after they saw him handing out flyers on July 31, 2019.

He said he was “shocked” that they took him to the police station and confiscated around 1500 flyers.

The police allegedly told him that MH370 is a subject which is forbidden to talk about under the current government.

He claimed they took his details and told him to go home, although he first went to meet his two friends who were handing out flyers in different locations, and helped them until they had finished, while trying to avoid the police.

The investigator added that his colleague was “panicked and afraid” after the encounter with the police and explained that they were remaining anonymous out of fear they would be silenced and harassed.

Their site read: “We remain anonymous because the authorities are looking for us.

“We will not reveal ourselves and we will not stop until the truth is revealed.”

The investigator expressed disbelief and anger at the incident, telling Express.co.uk: “It is unbelievable to suddenly understand that the Malaysian Government is silencing attempts to help the grieving families from reaching any closure for their loss.

“It is illegal to talk about anything regarding MH370?

“As if it is not enough that the administration gave up all hope of solving the mystery and to ease the families’ pain by giving them answers ‒ now it is illegal to even try.”

Nevertheless, hundreds of people contacted the group with information, which they hope might lead to a breakthrough in the case.