The 57-year-old has remained firmly within the public eye in the four years since Barack left the White House, and with it his role as US President. A bestselling memoir entitled Becoming, a lucrative Netflix content deal and a host of keynote speeches have ensured Michelle and Barack have not only racked up millions of dollars, but kept their influential profile motoring along. This included Michelle making a surprise appearance at this week’s BRIT Awards, where the former First Lady of the United States wowed British viewers by presenting music star The Weeknd with the gong for International Male Solo Artist.

Within her appearance, Michelle hailed The Weeknd – also known as Abel Makkonen Tesfaye – for “making an impact not just on stage and in our earbuds” but through his charity work, which has seen him donate millions to charitable causes.

With Michelle’s popularity appearing to refuse to wane, the ex-FLOTUS’ position as one of the world’s most influential women nearly didn’t materialise – particularly after she made a controversial remark in the early days of Barack’s presidential campaigning.

Professor Natasha Linstaedt, a government specialist from the University of Essex, noted how the Democrats – who Barack represented – had grown concerned about Michelle, and her often stern and outspoken attitude during public appearances.

Examining her influence, she told 2020’s Amazon Prime show Michelle Obama: Life After the White House: “When she was originally campaigning with Barack in 2008, what is impossible to think of now is that she was thought of as a liability because of several things she had said. 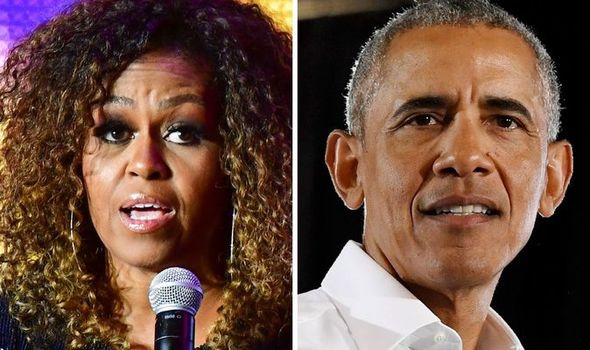 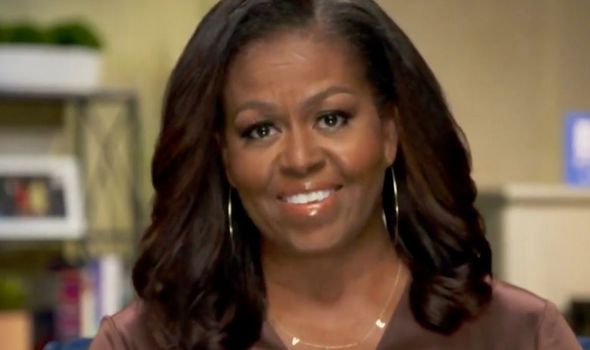 “She was being interviewed by reporters in early 2008, and she had mentioned that this is the first time in my adult life that I am proud to be an American.

“This really didn’t play well. People didn’t like the fact that she was emphasising race too much.

“Then her dissertation was published from when she was a student which emphasised how difficult it would be to be an African-American at a white university. That also didn’t play well.

“And there were caricatures of her as this angry black woman who was militant.” 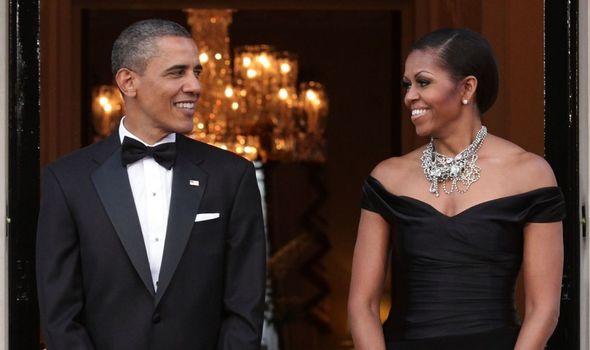 The comments made by Michelle were seized upon by Barack’s Republican rivals, including the wife of nominee John McCain – Cindy.

Newsweek reported at the time that to twist the knife into Barack’s campaign, Cindy told reporters how she “will always be proud of my country”, before other pro-Republicans, and commentators, followed her lead.

These included Mickey Kaus – a contributor for liberal online magazine Slate – who said it appeared Michelle had “a non-trivial chip on her shoulder”, while the National Review’s Jim Geraghty said her comments were “strikingly ungracious”.

Barack himself had become concerned about the backlash, and opted to defend his wife on Texan airwaves, explaining that what Michelle meant was “this is the first time that she’s been proud of the politics of America”.

DON’T MISS:
Michelle Obama Brexit snub as she told Britons to ‘roll up sleeves’ [INSIGHT]
Meghan and Harry could be ‘blowing it big-time’ in bid to join Obamas [ANALYSIS]
Michelle Obama teases husband Barack over his passion for golf  [LATEST] 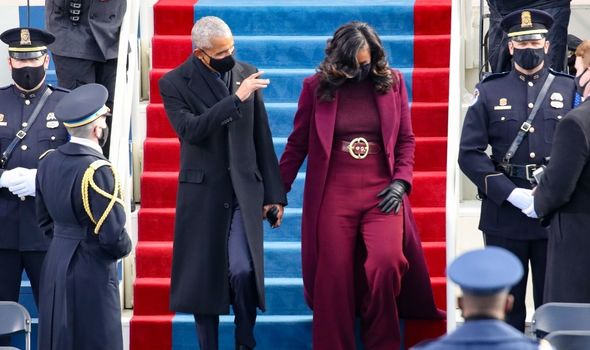 He added: “She has seen large numbers of people get involved in the process, and she’s encouraged.”

The Democrats then set on a plan to give Michelle a “complete image makeover”, Professor Linstaedt claimed, as the party felt she was “coming across as too forceful”.

Her new look was unveiled at the Democratic Convention that same year, and was described as being “really successful” as support for Barack began to grow.

Part of this move saw Michelle focus on her maternal role, which “exuded a lot of warmth” and was natural with the electorate, Professor Linstaedt explained.

Writing in 2017’s Becoming, Michelle also detailed how she wanted Barack to “defer his election ambitions until 2016” amid a fear that if he ran and lost her husband could quit politics altogether. 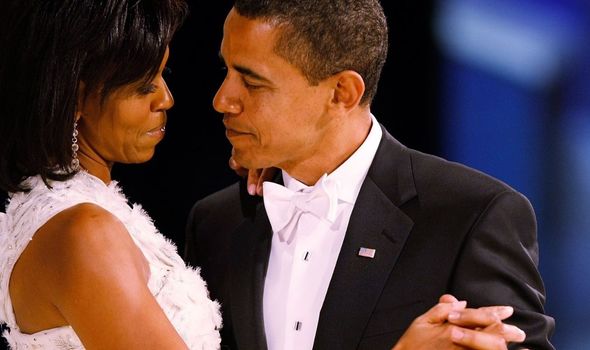 There were some concerns regarding Barack’s candidacy, as political experts questioned whether he had enough experience to govern one of the world’s most powerful nations.

Michelle was also concerned that a presidential bid could hinder his chances at building a relationship with his two children Sasha and Malia – who were five and eight at the time of his election campaign.

She wrote “if he’d lost, he’d move on from politics and find a different job”, citing a role as the “head of a foundation” as something that would interest him.

Before his bid, Michelle said: “Just for once, I wanted him to be content with life as it was.

“I didn’t understand how he could look at Sasha and Malia, now five and eight, with their pigtailed hair and giggly exuberance, and feel any other way.

“It hurt me sometimes to think that he did.”