It is thought to be the largest mass detention, surveillance and indoctrination of an ethnic or religious group since the Second World War. Activists and human rights experts claim at least one million Muslims have been held in internment camps. They have accused China of using state-sponsored torture, slave labour and sterilisations.

There are widespread claims of rape in the camps, based on first-hand survivor testimony, and even reports of organ harvesting.

People have been detained for having too many children, for praying too much, for having a beard or wearing a headscarf, or for simply having the wrong thoughts, it has been alleged.

There have been numerous horrific claims of children being separated from their families and Uighur women being forcibly sterilised.

It is claimed hundreds of thousands of Uighurs have been moved to pick cotton in the fields of Xinjiang in the north-west of the country. 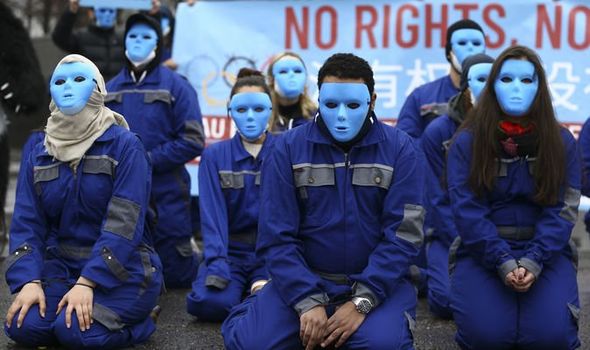 The appalling plight of Uighur Muslims in China has been known for some time – but it is only recently that the international community said it can no longer look the other way. Beijing has been told the treatment of its minority population is a violation of basic human rights and would be met with heavy sanctions.

But how much China heeds these threats is anyone’s guess, given the world has become so reliant on it for everything from cheap technology to PPE.

Western nations have sanctioned Chinese officials over the existence of the camps and the horrifying activities that are said to go on inside them.

China has repeatedly denied all accusations of abuse, saying the camps offer vocational training and are part of a poverty-alleviation scheme. There are thought to be at least 380 of the so-called re-education camps in existence.