Saharan temperatures are forecast to peak over the next 48 hours as government heat warnings make way for thunderstorm alerts. 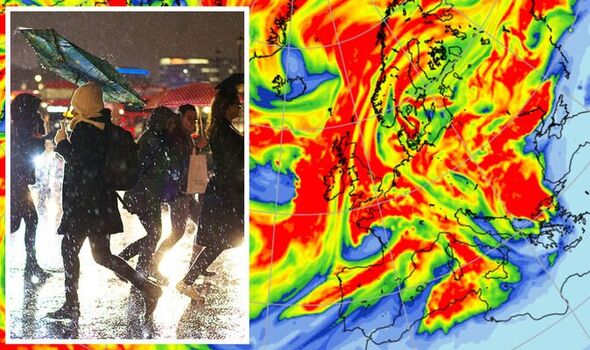 Weather models show relative humidity – the measure of moisture in the air – rocketing to 100 per cent across swathes of Britain.

The Met Office has issued a raft of thunderstorm warnings from Monday for up to two inches of rain which threaten flash floods and damage to buildings.

Jim Dale, meteorologist for British Weather Services, said: “The downpours will be quite significant with the potential for severe widespread thunderstorms.

“While temperatures will start to fall off this week, Monday still has the potential to be very warm across southern Britain. Very high temperatures with heavy rain into the start of next week will make the humidity go hyper.”

But torrential downpours on bone-dry ground instead of easing the drought crisis will spark flash floods. The National Drought Group, a collective of government and water company officials, has added eight areas of England to its watch list. 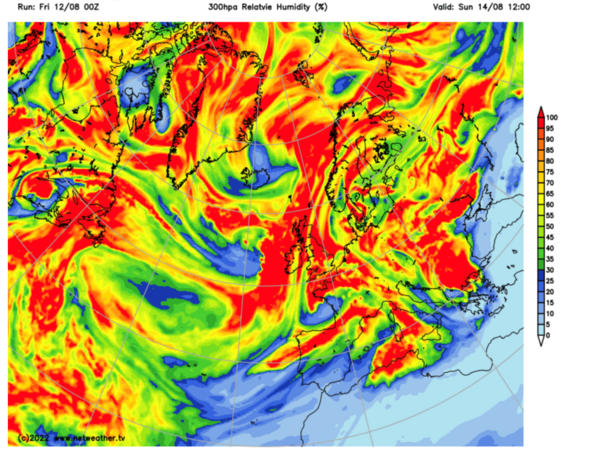 Mr Dale, author of Weather Or Not? and an expert on severe weather impacts said: “There will be torrential deluges at the start of the week, but these will not help the situation.

“The only thing that will replenish water supplies is prolonged and steady rainfall. Heavy rain as we are expecting will only run off the ground and cause issues with flooding.”

Driving rain will in part be driven by the jet stream as it surges across the UK and over Britain. It will dip southwards today to collide with a low-pressure system near the UK, according to the Met Office.

Meteorologist Aidan McGivern said: “The jet stream evolves coming out of North America, and the winds get stronger and push across the Atlantic. The dip in the jet stream by Sunday will pick up an area of low pressure.

“For most, Sunday is another sunny and very hot day, and there is the chance further north of some showers or thunderstorms breaking out over higher parts of Scotland and northern England, but these showers will be isolated. 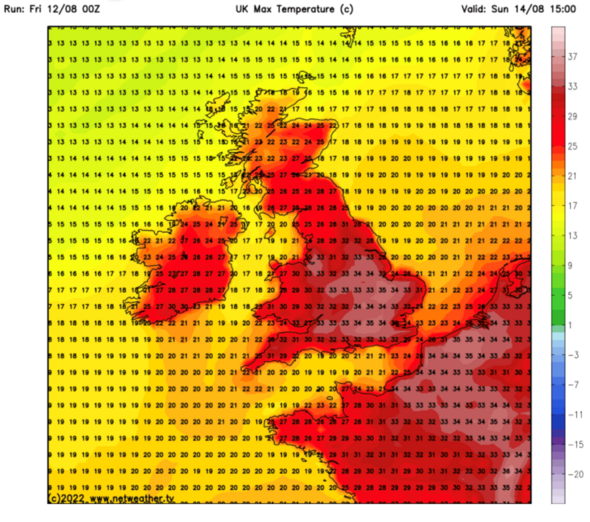 “By Monday, the jet stream is diving to the south and that combines with low pressure to increasingly affect the UK, we are likely to see an increased risk of showers and thunderstorms.”

With temperatures still in the 30Cs, swathes of Britain will have to wait until later in the week to cool down, he warned. He said: “Temperatures will rise to 30C and beyond, and through Monday showers will develop more widely, and there will be the risk of thunder and lightning. Temperatures will start to decrease.”

Thermometers will rocket again today with highs again particularly in the south expected in the mid-30Cs. Scotland and northern England will be fresher with wind and showers keeping the mercury between 22C and 30C.

Across Wales and Northern Ireland, thermometers will hover between 25C and 30C while central and southern England bear the brunt of the blowtorch assault. Southern Britain will hold on to the heat while the rest of the country begins to cool, predict forecasters.

Exacta Weather’s James Madden said: “The more noticeable change will initially be across parts of the north in terms of cooler temperatures and frequent showers.

“There will then be a noticeable drop in temperatures across for the south, but it will still feel warm for the time of the year as the warmth here clings on.” 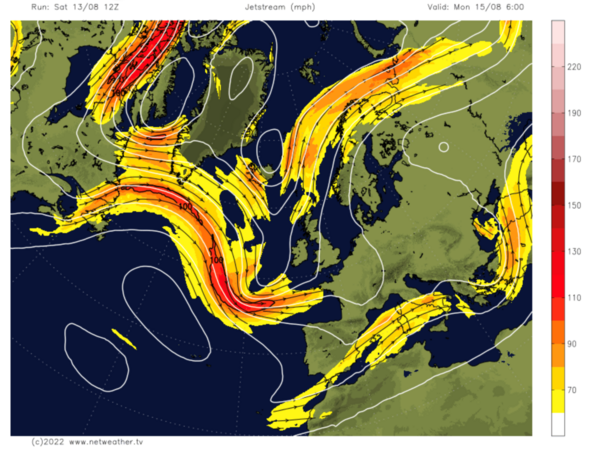