Myanmar frees journalist who was charged under terrorism law 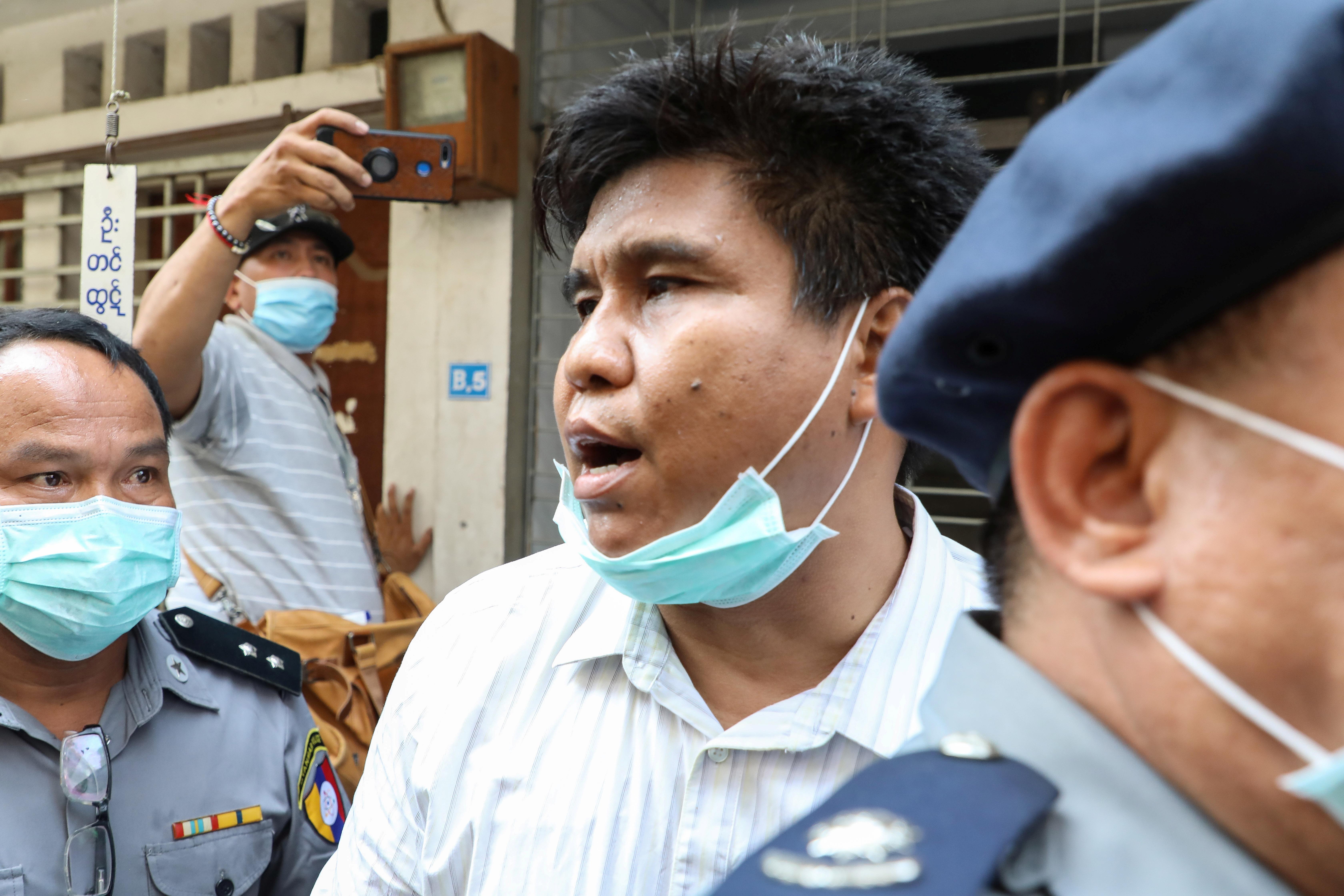 (Reuters) – A Myanmar journalist arrested on terrorism charges after publishing an interview with a spokesman for the Arakan Army rebel group was freed on Thursday and said police had told him they would not pursue the case.

Nay Myo Lin, the editor-in-chief of Voice of Myanmar, was charged under sections of the Terrorism Act last week by a court in the second largest city, Mandalay, over a March 27 interview with the AA, which is waging a war in the conflict-torn western Rakhine region.

The government declared the AA a terrorist group last month after more than a year of intense fighting against the organization, which recruits from the mostly Buddhist ethnic Rakhine majority and seeks greater autonomy for the region.

In the March 27 article, the group’s spokesman gave his views about the designation.

Nay Myo Lin told Reuters that police had told him they would not prosecute the case under the Terrorism Act, but that he had been asked to sign an agreement vowing to cooperate with any further questioning and had done so.

Myanmar’s army has filed several cases in recent years against reporters and news organizations covering the conflict in Rakhine, where about 730,000 Rohingya Muslims fled a military crackdown in 2017.

Myanmar’s army filed a criminal complaint against Reuters in early March over a story about the conflict in Rakhine. It later said it would withdraw the complaint.