New footage has been released of a plane’s emergency landing which resulted in the deaths of 41 people.

The Aeroflot Sukhoi Superjet aircraft was struck by lightning shortly after taking off from Moscow’s Sheremetyevo International Airport in May last year.

The plane was in the air for just 28 minutes on its way to Murmansk, before it was forced into an emergency landing. 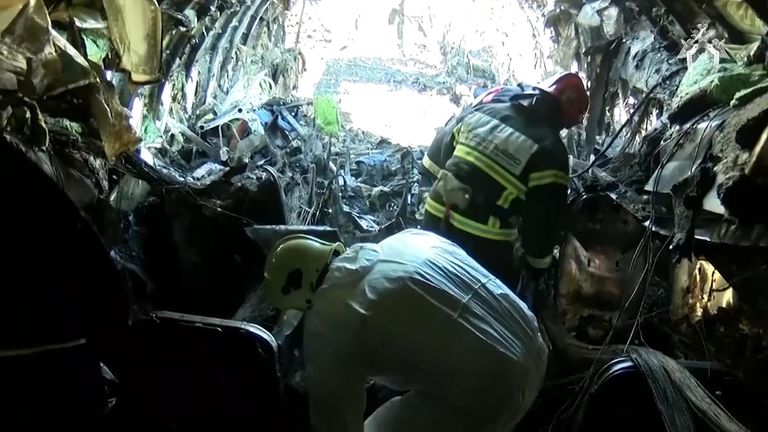 Svetlana Petrenko, spokeswoman of Russian Investigative Committee, said: “He’s charged with breaking the safety rules for air transport traffic and operations resulted in the death of 41 people and also the major damage.”

Mr Yevdokimov reportedly denies the charges and says he is being made a scapegoat. 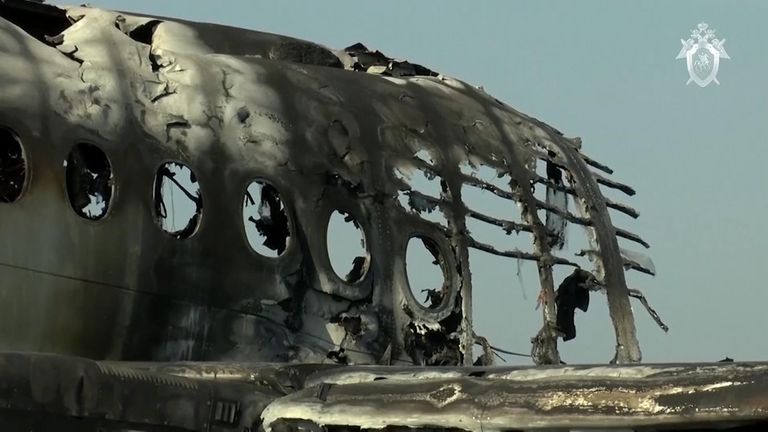 The two-engine jet had made an emergency landing while still heavy with fuel, bumping onto the runway a number of times, causing the fuel to spill and flare, engulfing the back of the plane in flames.

Footage released by investigators showed flames and smoke streaming from the plane as it hurtled down the runway with 78 people on board. 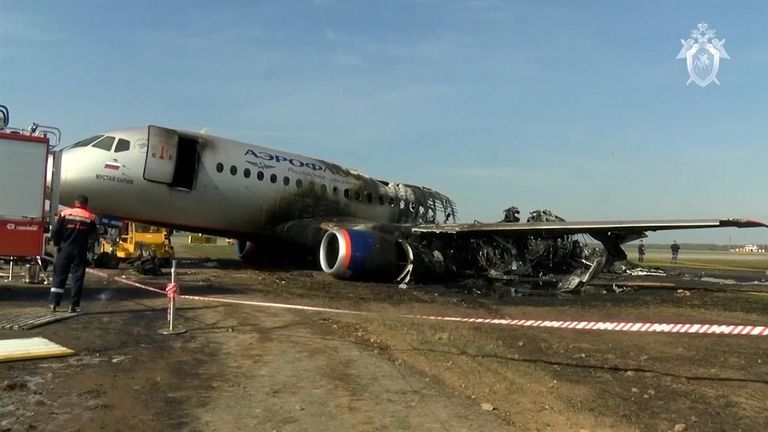 One clip shared on the day of the crash had showed a number of people fleeing from the aircraft, some holding luggage, as an emergency vehicle approached.

Another broadcast by Russian news channel Rossiya-24 showed passengers leaping from the plane on to an inflatable slide from the front of the aircraft.

At the time, Aeroflot said the plane was forced to turn back after taking off from Sheremetyevo, due to “technical reasons”.