Home » World News » No visitors at Australian zoo, but animals train for when lockdown ends

No visitors at Australian zoo, but animals train for when lockdown ends 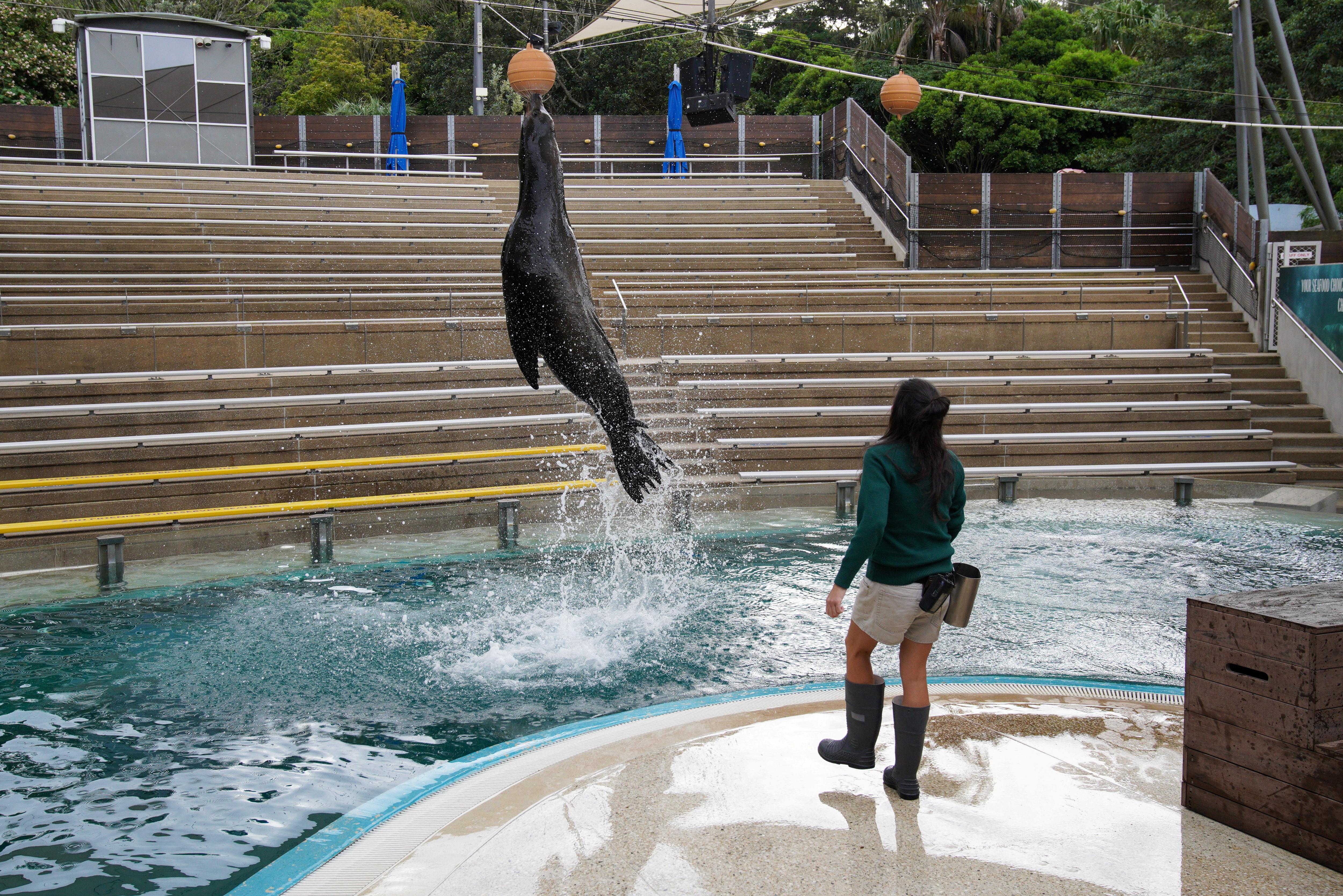 SYDNEY (Reuters) – There are no visitors at Australia’s biggest zoo due to the coronavirus restrictions, but training and feeding times must keep to schedule, keepers say, particularly for animals that perform in live shows like sea lions and birds of prey.

“Animals don’t seem to react differently, however they would definitely notice that there are no crowds out here when we are doing training sessions on stage,” said Danielle Fox, supervisor of marine mammals at Sydney’s Taronga Zoo.

Australia has largely avoided the high numbers of casualties which have beset other countries as the coronavirus officially called COVID-19 leaves a path of destruction around the world, with about 6,600 infections and 71 deaths.

That has been put down to heavy restrictions on public movement including border closures, shuttering most businesses that rely on paying visitors – like zoos – with no end date given.

But the absence of crowds does not affect the needs of animals, and their keepers said they are sticking to routines including keeping the same feeding times, cleaning of enclosures and training, albeit with the option to roam around the deserted waterfront park.

“One day when the zoo does open back up again we don’t want them to have gone through a such a big period of change … and for them to have to adapt back into their routine,” said Fox.

Brendan Marcos, a falconer at the zoo, said it was hard to say if the performing birds were affected by the empty seats, but he definitely was.