New York’s death toll now eclipses the known number of dead in China, where the pandemic began in late 2019. 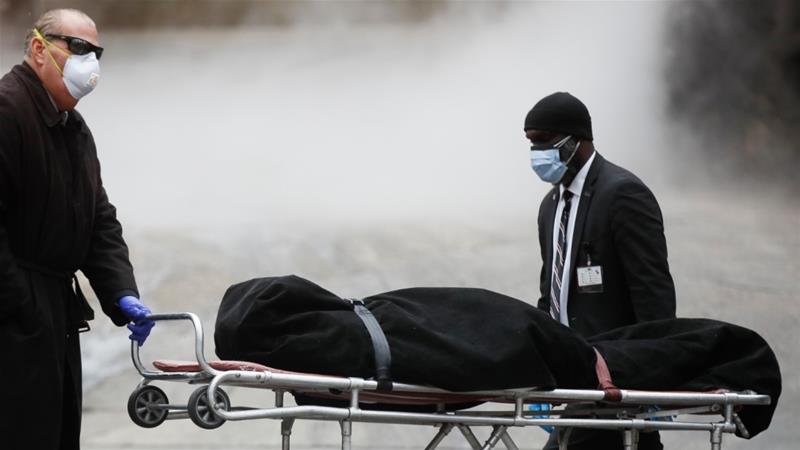 The state tallied 671 new deaths on Sunday. It was the first time in a week the daily toll dipped below 700. Still, the governor noted people are still dying at a “horrific level of pain and grief and sorrow”.

“This virus is very good at what it does. It is a killer,” Cuomo said during a state Capitol news briefing.

Cuomo said almost 2,000 people were newly hospitalised with the virus Sunday, though once discharges and deaths are accounted for, the number of people hospitalised has flattened to just under 19,000.

The governor said the state’s tenuous progress would likely continue as long as people continue to follow stay-at-home restrictions. 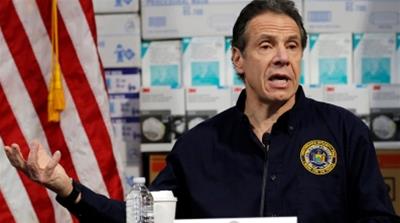 “The worst can be over, and it is over unless we do something reckless,” Cuomo said. “And you can turn those numbers on two or three days of reckless behaviour.”

Meanwhile, New York City is in danger of running out of swabs for COVID-19 tests and is urging medical providers to continue testing only patients who are gravely ill, the city health department said in a memo to healthcare providers.

“As the swab supply continues to decline, there is a real possibility hospitals will completely run out,” the April 11 health alert said. “At this time, providers are reminded to only test hospitalized patients in order to preserve resources that are needed to diagnose and appropriately manage patients with more severe illness.”

The warning came amid repeated pleas from New York City and state officials for the federal government to provide widespread testing in order to move to a containment phase in the coronavirus outbreak.

“If the president of the United States or anyone else wants a recovery – and we all want it, right? But if you’re serious about it, you can’t do it without widespread testing,” Mayor Bill de Blasio said at a City Hall briefing Monday.

The city’s health commissioner, Dr Oxiris Barbot, said the city “won’t be able to get this over the finish line, if you will, if we don’t have the supply that the mayor is calling for or the assistance of the federal government.”

Through Sunday afternoon, 462,000 people in New York have been tested for the virus, according to state figures. Of those, nearly 189,000 had tested positive.

Because of rationing, just 44 percent of tests conducted in the state have been done in New York City, even though the city represents 74 percent of the state’s fatalities from the virus.

Lack of testing capability, partly due to rationing of personal protective equipment for the people who would have to administer them, has also stopped officials from doing widespread testing of hospital and nursing home staff who might be passing infections to each other and to patients.

The US leads the world in infections and deaths related to the coronavirus pandemic and COVID-19, the disease it causes.

There were nearly 560,000 infections and 23,000 deaths on April 13, according to the Johns Hopkins University tally, as officials look for ways to begin easing restrictions throughout the country.

New York and five other states – New Jersey, Connecticut, Pennsylvania, Rhode Island and Delaware – said on Monday that they would work together on reopening amid coronavirus

The states’ governors said that they planned to coordinate on a plan to reopen businesses and schools after getting the novel coronavirus pandemic under control.

The governors, who all spoke to reporters via conference call, did not provide details on the timing of any reopening and indicated that while coordinating they would alter their approaches based on the needs of each state.