Pakistani foreign minister calls on both sides in the conflict to show restraint and come to the negotiating table. 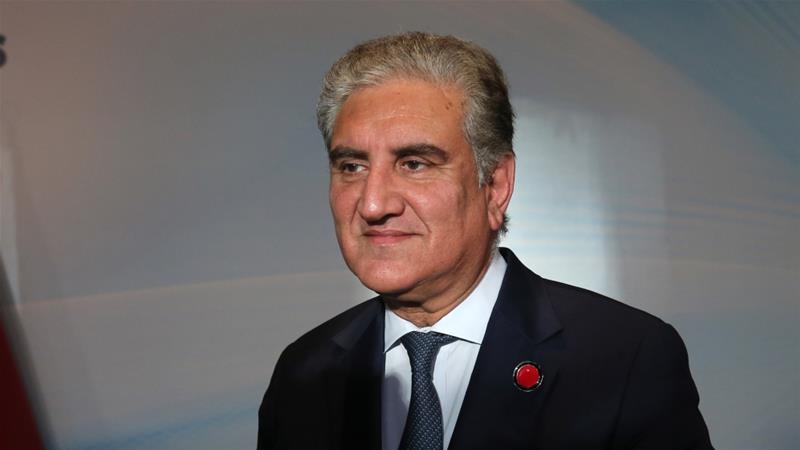 Islamabad, Pakistan – Pakistan has called on the Afghan government to abide by a prisoner swap clause in the US-Taliban peace deal, the rejection of which saw the Taliban resume attacks in the northeast of the country.

In a statement on Tuesday, Pakistani Foreign Minister Shah Mehmood Qureshi called on both sides in the conflict to show restraint and come to the negotiating table for scheduled talks later this month.

“The US-Taliban agreement says that there will be an exchange of prisoners,” said Qureshi. “[Afghan] President [Ashraf] Ghani should ask the US for an explanation of the agreement.”

On Sunday, Ghani rejected a clause of the US-Taliban peace deal, signed in the Qatari capital, Doha, a day earlier, that would see up to 5,000 Afghan Taliban prisoners released by the government, with the Taliban releasing up to 1,000 prisoners in return.

The prisoner releases were seen as a confidence-building measure ahead of planned direct talks between the Afghan government and the Taliban – the first since the US’s nearly 19-year war in the country began – were due to begin on March 10.

In response, the Afghan Taliban said on Monday that it would be resuming attacks. On Monday, an explosion killed at least three people and wounded 11 others at a football match in the northeastern Khost province.

Pakistan has long been accused by the US and Afghanistan of harbouring the Taliban’s leadership and offering a safe haven to its fighters, a charge the country has consistently denied, even though members of the group have been killed there.

Notably, in 2016, then Taliban chief Mullah Akhtar Mansoor was killed in a US drone strike in the southwestern Pakistani province of Balochistan.

The country has supported the US’s direct talks with the Afghan Taliban, facilitating the peace process undertaken by the US’s Afghan peace envoy, Zalmay Khalilzad, since 2018.

Pakistani Foreign Minister Qureshi said Pakistan continues to support an intra-Afghan dialogue process, but that both sides would have to stop being “stubborn”.

“According to my knowledge, [US Afghan peace envoy] Zalmay Khalilzad has been keeping the Afghan leadership updated on the negotiations,” he said. “There has been an exchange of prisoners in the past as well. When you move from war to peace, you need to do these things to generate goodwill.”

The latest statement from Qureshi comes two days after he said that Afghan political players should set aside their “personal interests” to move the peace process forward.

The Pakistan foreign minister said he told US Secretary of State Mike Pompeo, who was also present at the signing of the agreement in Doha, that the US must be wary of “spoilers” who could derail the process.

“We cannot be in denial about this. There were spoilers, there are spoilers,” said Qureshi without elaborating on the nature of the alleged “spoilers”.

“The issue of prisoners is a domestic decision for Afghanistan to take, there have to be talks and trust. It’s not an easy decision to make without a clear analysis of the situation,” Faisal told Al Jazeera.

“Pakistan making a comment on this is a clear interference in our sovereignty. Just as we don’t interfere in their internal matters, we expect them to keep from interfering in the matters of the Afghan state. This is an Afghan decision for the Islamic Republic of Afghanistan.”

Under the deal signed between the US and the Taliban on Saturday, foreign forces would withdraw from Afghanistan within 14 months, subject to Taliban security guarantees and a pledge by the group to hold talks with the Kabul government.

Obaid Ali, an analyst at Afghanistan Analyst Network, said: “What Qureshi said is not relevant. This is an issue that is at the discretion of the Afghan government. It’s an internal matter for the government.

“Pakistan has no place to make statements about any aspects of these agreements.”