WHO says it is ‘deeply concerned’ by spread and severity and criticises ‘alarming levels of inaction’ over the disease.

Expressing increasing alarm about mounting infections, the World Health Organization (WHO) declared on Wednesday that the global coronavirus crisis is now a pandemic.

“We have, therefore, made the assessment that COVID-19 [the coronavirus] can be characterised as a pandemic,” he said at a briefing in Geneva, Switzerland.

“All countries can still change the course of this pandemic – if countries detect, test, treat, isolate, trace and mobilise their people in the response,” Tedros said.

The use of the word pandemic to describe the outbreak of coronavirus, instead of an epidemic, does not change WHO’s response, Dr Mike Ryan, the head of the WHO’s emergencies programme, said on Wednesday.

He added the agency thought long and hard about labelling the crisis a pandemic – meaning a new virus causing sustained outbreaks in multiple regions of the world.

The risk of employing the term, Ryan said, is “if people use it as an excuse to give up”. But the likely benefits, are “potentially of galvanising the world to fight”.

The WHO said Iran and Italy are the new frontlines in the battle against coronavirus. Underscoring the mounting challenge: Italy’s cases soared again to 12,462 infections and 827 deaths – both numbers second only to China.

“They’re suffering but I guarantee you other countries will be in that situation soon,” said Ryan.

“To call it a ‘pandemic’ means that being able to put the brakes on the virus is basically off, and all countries around the world are now potentially exposed very soon if they aren’t already,” he said.

For most, the coronavirus causes only mild or moderate symptoms, such as fever and cough. But for a few, especially older adults and people with existing health problems, it can cause more severe illnesses, including pneumonia.

But the vast majority of people recover. According to WHO, people with mild illness recover in about two weeks, while those with more severe illness may take three to six weeks to recover.

About 66,000 people have recovered from the illness around the world, according to John Hopkins University.

The United States on Wednesday pointed a finger at China for the rapid spread of the disease.

China did not initially handle the coronavirus outbreak well, likely costing the world two months when it could have prepared and dramatically limited the outbreak, Robert O’Brien, the White House national security adviser, said.

“Unfortunately, rather than using best practices, this outbreak in Wuhan was covered up,” he said during a think-tank appearance, citing reports from Chinese citizens about doctors being silenced or put into isolation “so that the word of this virus could not get out”.

“It probably cost the world community two months to respond,” during which “we could have dramatically curtailed what happened both in China and what’s now happening across the world,” said O’Brien. 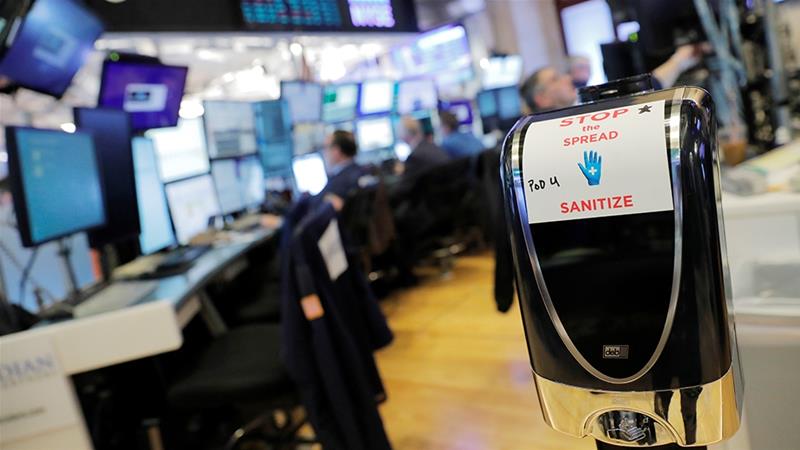