WARSAW (Reuters) – Poland’s nationalist government won a vote of confidence in parliament on Thursday which it called to shore up its authority before a presidential election. 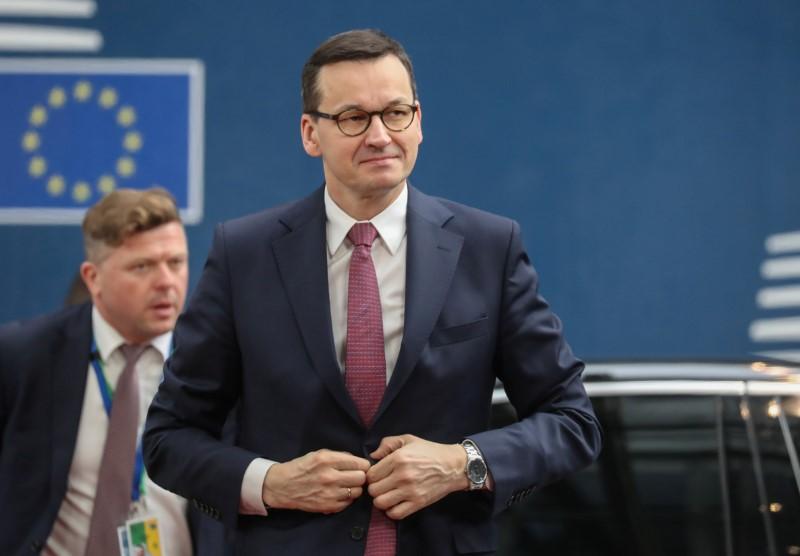 Prime Minister Mateusz Morawiecki unexpectedly asked for the vote in the lower house after a series of setbacks threatened to derail the re-election campaign of President Andrzej Duda, an ally of the ruling Law and Justice (PiS) party.

Duda had long been the clear favourite in the June 28 election but opinion polls have shown his lead narrowing. One poll on Monday showed he would lose a second-round runoff against either of his main challengers.

His re-election is important for PiS’s hopes of implementing its conservative agenda, which includes judicial reforms that critics say reduce the independence of courts.

In the vote, 235 lawmakers supported the government, 219 opposed it and two abstained.

PiS’ image as been hurt by its failure to organise the presidential election on schedule after a junior coalition partner blocked the initial plan to hold it on May 10, during Poland’s coronavirus lockdown.

Parliament was also set to hold a no-confidence vote in Health Minister Lukasz Szumowski, who is under fire over alleged irregularities in the purchase of face masks during the coronavirus outbreak.

“If you have enough votes, dismiss us. If not, let us act, don’t disturb us,” Morawiecki said before the confidence vote in the Sejm, or lower house, where PiS has a majority.

Katarzyna Lubnauer, an opposition lawmaker, said PiS wanted to draw attention way from the planned no-confidence vote in Szumowski and asked: “Is this a panic attack?”

Duda’s campaign has also been set back by accusations that a public radio station tried to censor a song critical of PiS and that member of the ruling party do not comply with coronavirus restrictions. PiS has dismissed the accusations.