OTTAWA (Reuters) – Canadian Prime Minister Justin Trudeau came under pressure on Friday from opposition parties he depends on for support in parliament amid heightening controversy over his family’s ties to a charity at the heart of his conflict-of-interest probe. 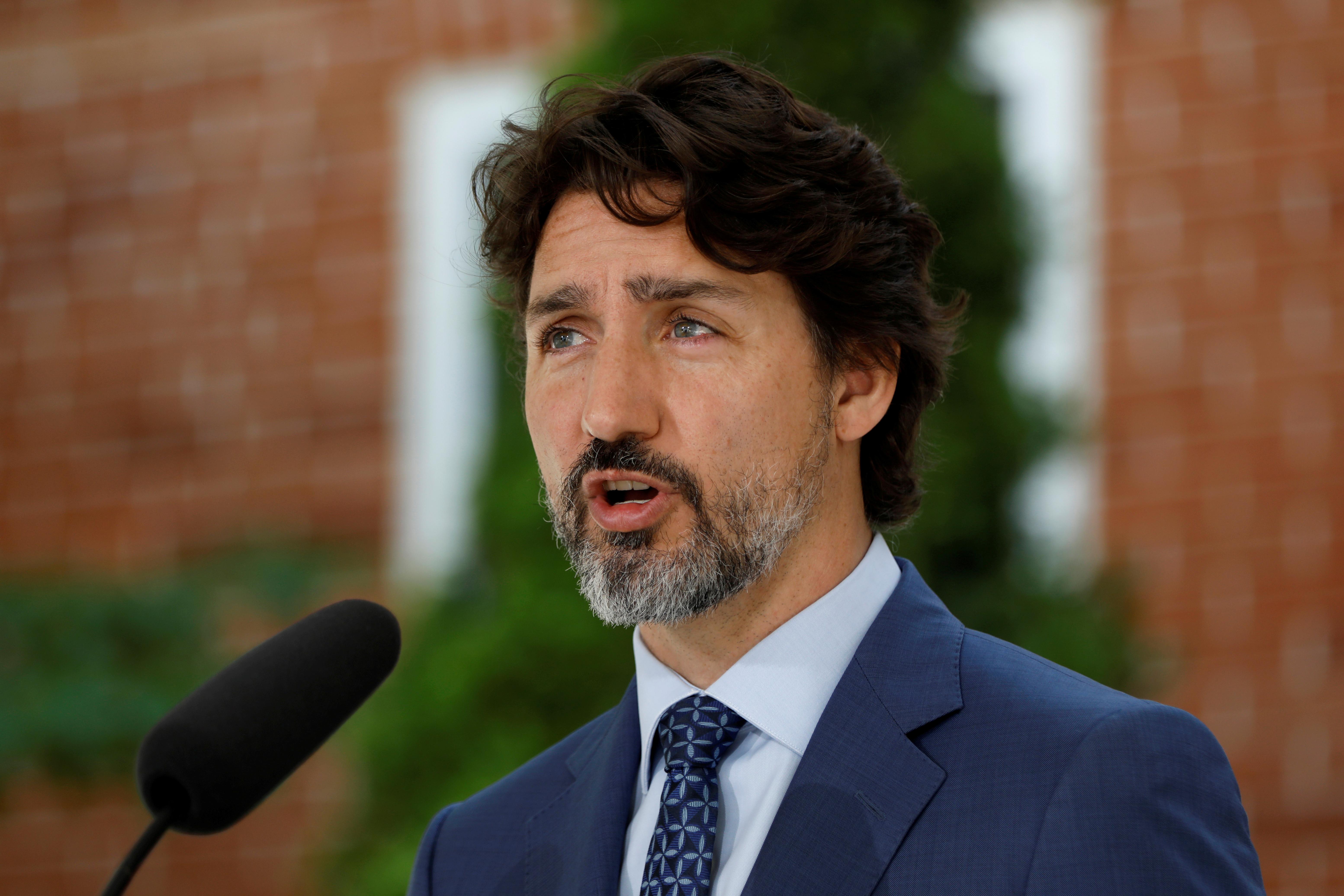 The Bloc Quebecois said he should temporarily yield his post to his deputy, Chrystia Freeland, until the investigation is over, while the main opposition Conservative Party urged a criminal probe. The left-leaning New Democrats said the situation was “more than disturbing”.

The Liberal leader lost his majority in parliament in October and depends on opposition parties for support, but none has said it wants to topple the government, and it would take a concerted effort by all of them to do so.

“For a few months, I think the prime minister must step aside and leave … the responsibilities to the deputy prime minister,” Bloc Quebecois Leader Yves-Francois Blanchet said in an interview with the Canadian Broadcasting Corp (CBC).

“This is a pattern of behavior with Mr. Trudeau,” New Democrat leader Jagmeet Singh said in a statement. “Canadians deserve to know the truth and need to know this won’t happen again.”

Trudeau, 48, found himself facing a third investigation for conflict of interest in a little over three years last week after his government awarded a sole-sourced, C$900 million ($662.9 million) government contract to WE Charity Canada to administer a student grant program.

The charity backed out about a week after the contract was announced. Trudeau and his wife, Sophie Gregoire Trudeau, have regularly participated in WE Charity events, and Gregoire Trudeau hosts a podcast on the charity’s website for which she is not paid.

There was no immediate comment from Trudeau’s office on Friday, but he has said he never accepted any payment from the charity.

Last week, Trudeau said: “It’s clear there are lessons to be learned about how we can deliver the best programs for young people without attracting controversies like this.”

Trudeau’s popularity took a beating last year ahead of his re-election bid when he was admonished from breaking conflict-of-interest guidelines in a corporate legal case. The first ethics sanction came in 2017 for accepting a vacation on the Aga Khan’s private island a year earlier.

“Trudeau has do-gooderitis,” a former Ottawa insider said. “He thinks: ‘My motives are so pure and I’m so good, how could anything I do be suspect?’ He doesn’t pause to think about what these things look like from the outside.”

Trudeau was not the only member of government to have ties to WE Charity. Grace Acan, who was born in Uganda but joined Finance Minister Bill Morneau’s family as a teenager in 2010, works at the charity.

“There is absolutely no link between her employment and any work that WE does with the Government of Canada,” Morneau’s spokeswoman, Maeva Proteau, said in a statement.

Neither Trudeau nor Morneau recused themselves from the Cabinet decision to award WE Charity management of the grant program. They said the public service recommended the charity for the job.

Trudeau has proven to be resilient in the past, including after decades-old blackface images surfaced during last year’s re-election campaign. Furthermore, the prime minister’s approval rating doubled to about 70% on his handling of the COVID-19 pandemic, according to Ekos Research polling.

“I don’t know if he’s made of teflon, but he’s shown the capacity to make really good adjustments,” said Frank Graves, president of polling company EKOS Research, adding that the opposition is doing “a lot of sabre rattling”.