Prince Harry and Meghan Markle could easily become a 'one billion dollar brand' according to a PR guru.

His comments come after news this week that Harry and Meghan signed yet another lucrative deal since stepping down as royals, agreeing to become "impact partners" at Wall Street firm Ethic, an asset manager focusing on sustainable investments.

Speaking to Fabulous, Bloch estimated their combined net worth to be around $342 million (£250 million) following "a number of lucrative business deals and personal endorsements which have seen their personal wealth rocket".

Harry and Meghan's first mega-deal came in September last year when they penned a multi-year contract with Netflix, thought to be worth $150 million (£110 million).

After that came a Spotify deal, which has thus far only produced one podcast, along with an estimated $25 million (£18.2 million) payday.

This year also, Harry signed as Chief Impact Officer for BetterUp, a mental health-oriented consultancy firm, before being inducted onto the board of Penguin Random House, with whom he'll be publishing his memoir next year.

Whereas, Meghan recently ploughed cash into vegan coffee company Clevr, an investment that Bloch reckons could rake in $10 million (£7.3 million).

Bloch continued: "I would estimate their combined net worth is circa £250million.

"They are really making the most of their newfound status, and their potential to become the world’s richest personal brand looks imminently achievable.

"Them becoming a billion dollar brand is certainly not out of the question. Sky is limitless."

Some experts haven't been as complimentary of their multi-million dollar deals.

Writing for news.com.au, she criticised how they present the deals as "some great philanthropic mission".

She said: "TV shows, podcasts and getting a job with a Silicon Valley unicorn are not going to trigger a profound global reckoning or catalyse any sort of world-shaking changes.

"We know they need money because they have told us, with Harry having bitterly told Oprah Winfrey earlier this year, 'my family literally cut me off financially'."

She also criticised the statement that the Sussexes released following the Netflix deal, which said they were going to "create content that informs but also gives hope" and that Netflix's "unprecedented reach will help us share impactful content that unlocks action". 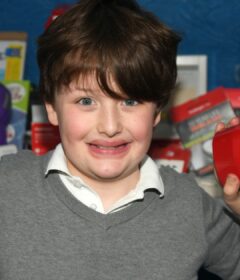