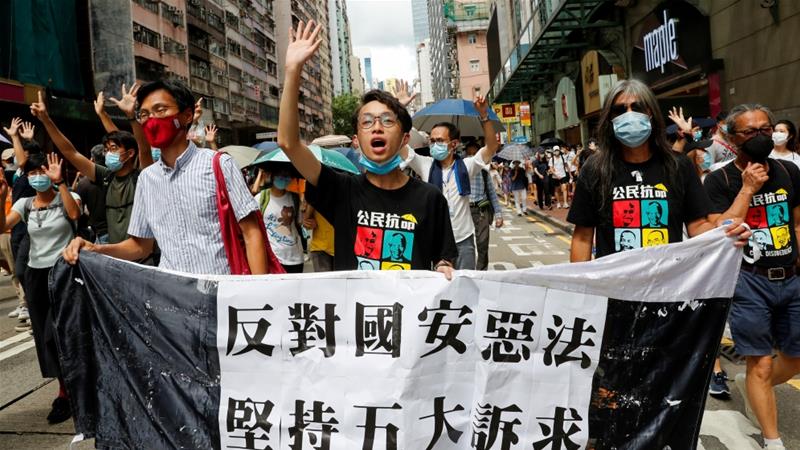 Books by prominent Hong Kong pro-democracy figures have become unavailable in the Chinese-ruled city’s public libraries as they are being reviewed to see whether they violate a new national security law, a government department said on Sunday.

The sweeping legislation, which came into force on Tuesday night at the same time its contents were published, punishes crimes related to secession, subversion, terrorism and collusion with foreign forces, with punishments of up to life in prison.

Hong Kong public libraries “will review whether certain books violate the stipulations of the National Security Law,” the Leisure and Cultural Services Department, which runs the libraries, said in a statement.

“While legal advice will be sought in the process of the review, the books will not be available for borrowing and reference in libraries.”

A search for books by young activist Joshua Wong or pro-democracy politician Tanya Chan on the public libraries website showed the books, including Unfree Speech, co-authored by Wong, either unavailable or under review.

The day after the law came into effect, one man was arrested for carrying a Hong Kong independence flag.

On Friday, the local government declared the slogan “Liberate Hong Kong, revolution of our times” illegal. And a man who had driven a motorcycle into police officers during a protest and carried a flag with that message was charged with terrorism and inciting secessionism. 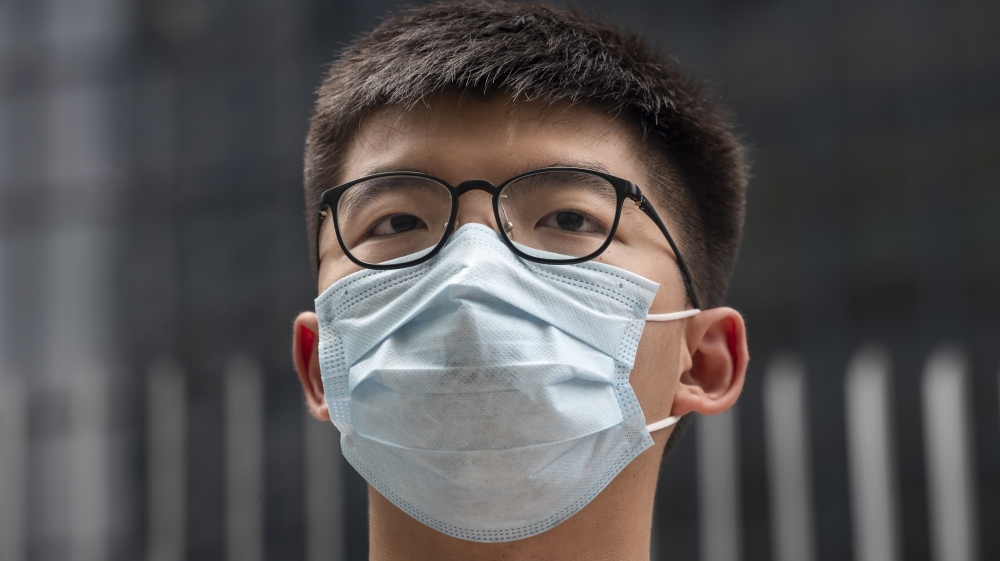 Local and Beijing officials have repeatedly said the legislation would not curb freedom of speech or the media, nor any other rights in the city. The new law, they said, only targets a few “troublemakers”.

It is unclear how many books are under review. Two titles by Chinese Nobel Peace Prize-winning political dissident Liu Xiaobo were still available, according to the online search.

Law is ‘no problem’

Meanwhile, a member of the National People’s Congress Standing Committee (NPCSC), said the law has not affected freedom of expression in the territory, and the books were simply under review to ensure they did not promote succession, sedition, or terrorism.

“If you just criticise the government, no problem,” said Tam Yiu-chung.

The official also said Beijing does not plan to make any additions to the national security law for at least a year.

Tam made the comments to local broadcaster CRHK two days after the director of the Hong Kong Macao Affairs office, Deng Zhonghua, said the NPCSC has the authority to criminalise offences that have not yet been included in the national security law.

Tam stressed that though “of course the Standing Committee has the right” to amend or add to the law, there are no plans to do so.