A major earthquake with a magnitude of 7.2 has struck western Haiti, as people fled their homes fearing that buildings might collapse.

The quake struck 8km (five miles) from the town of Petit Trou de Nippes, about 150km (93 miles) west of the capital Port-au-Prince, at a depth of 10km, the US Geological Survey said.

The United States Geological Survey issued a red alert for fatalities from the quake and said the disaster is “likely widespread”. The US Tsunami Warning System reported the threat of a tsunami in Haiti has now passed.

People in the capital of Port-au-Prince felt the tremor and many rushed into the streets in fear.

Haiti’s Civil Protection service said on Twitter there were initial reports of likely casualties from its teams.

The Caribbean country is still recovering from a magnitude 7 earthquake closer to the capital 11 years ago that killed tens of thousands of people and flattened buildings, leaving many homeless. 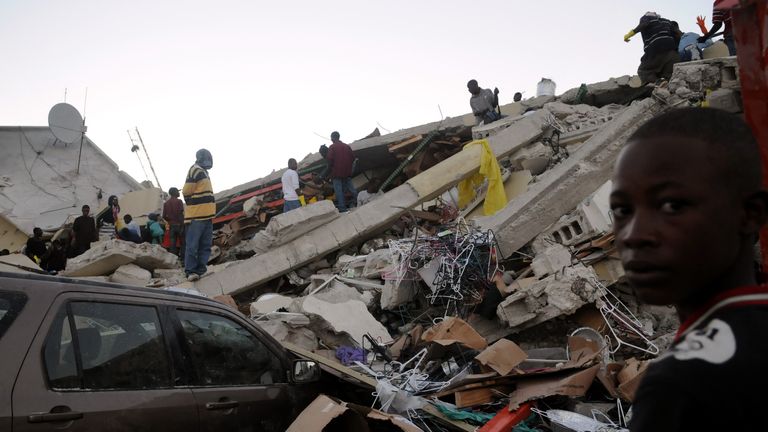 “In my neighborhood, I heard people screaming. They were flying outside,” said Port-au-Prince resident Sephora Pierre Louis, adding she was still in a state of shock.

“At least they know to go outside. In 2010, they didn’t know what to do. People are still outside in the street.”