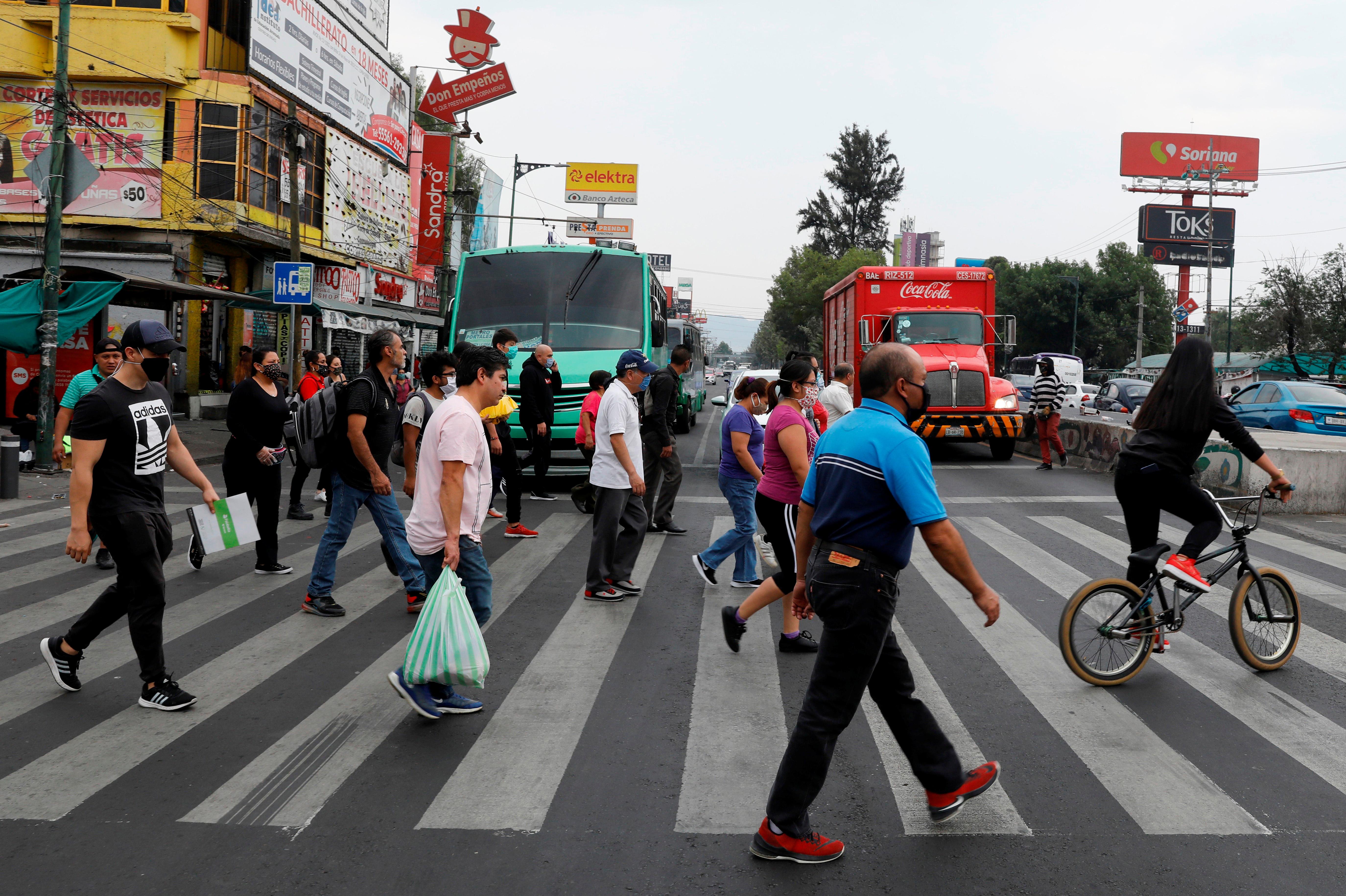 MEXICO CITY (Reuters) – Mexico faces a sluggish exit from coronavirus lockdown as government guidance on next week’s planned easing of restrictions showed on Friday that nearly the entire country was still stuck in the highest red phase of contagion alert.

From June 1, the government had planned to start reopening the country from anti-coronavirus measures. Instead, deaths and new infections from the pandemic have scaled new peaks this week, dampening expectations for major changes.

President Andres Manuel will begin tours of Mexico again after a nearly two-month hiatus, but a briefing he led on Friday showed only the north-central mining state of Zacatecas was not classified as a ‘maximum risk” area going into Monday.

In a map presentation, Zacatecas was marked orange in a sea of red on the four-step (red, orange, yellow, green) “traffic light” model the government is using to gradually repeal curbs on the economy and daily life it imposed in late March.

Deputy Health Minister Hugo Lopez-Gatell, the country’s coronavirus czar, said the map was based on May 28 data and would serve as the initial model on Monday.

Mexico registered its first cases of coronavirus weeks after Canada and the United States, which has urged Lopez Obrador’s government to reopen major sectors of the economy like carmaking that are closely integrated with the rest of North America.

In spite of the hold-ups in reopening schools and non-essential businesses, Mexico has started to allow automakers, mining firms and builders to exit the lockdown.

Of these companies, 5,397 makers of transportation equipment, 8,189 in construction and 1,814 in the mining sector have applied to authorities to restart, the government said.

Zoe Robledo, head of the Mexican Social Security Institute, said approval had so far been granted to 75% of the transport companies, 85% of miners and 6% of building firms.