Robert F. Kennedy’s killer, Sirhan Sirhan, has been granted parole after two of RFK’s sons said they support his release from prison.

The New York senator and brother of President John F. Kennedy was a Democratic presidential candidate when he was gunned down on June 6, 1968, at the Ambassador Hotel in Los Angeles.

Sirhan was sentenced to death after his conviction, but this was commuted to life when the California Supreme Court briefly outlawed capital punishment in 1972.

He has served 53 years for murder. Although the decision is a major victory for the 77-year-old prisoner, it does not guarantee his release.

The ruling by the two-person panel, at Sirhan’s 16th parole hearing, will be reviewed over the next 90 days by the California Parole Board’s staff.

The decision will then be sent to the state governor who has 30 days to decide whether or not to grant his release, reverse it, or modify it.

Douglas Kennedy, who was a toddler when his father was killed in 1968, said he was moved to tears by Sirhan’s remorse and said he should be released if he’s not a threat to others.

He said: “I’m overwhelmed just by being able to view Mr Sirhan face to face.

“I think I’ve lived my life both in fear of him and his name in one way or another, and I am grateful today to see him as a human being worthy of compassion and love.” 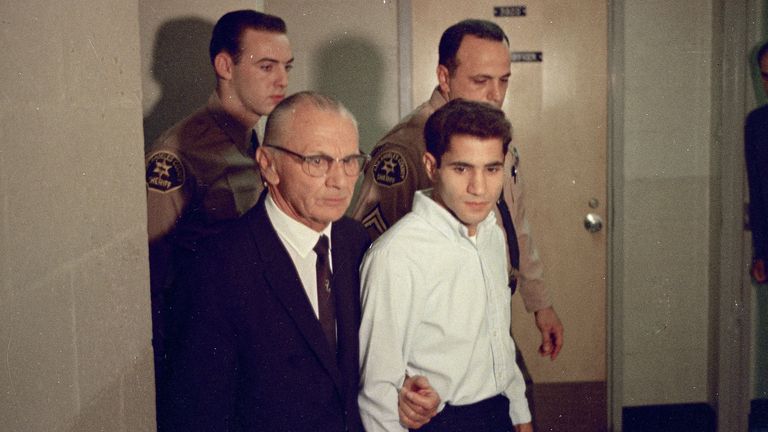 He told the parole board he had learned to control his anger and was committed to living peacefully.

“You have my pledge,” he said. “I will always look to safety and peace and non-violence.” 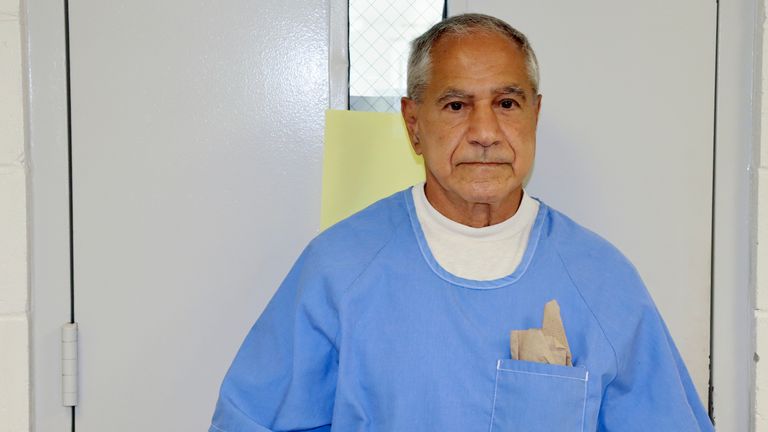 Sirhan was convicted of first-degree murder but has repeatedly said he does not remember the killing. However, a Christian Palestinian from Jordan, he acknowledged he was angry at Kennedy for his support of Israel.

His lawyer, Angela Berry, argued the board should base its decision on who Sirhan is today.

For the first time, the prosecution declined to participate or oppose his release. 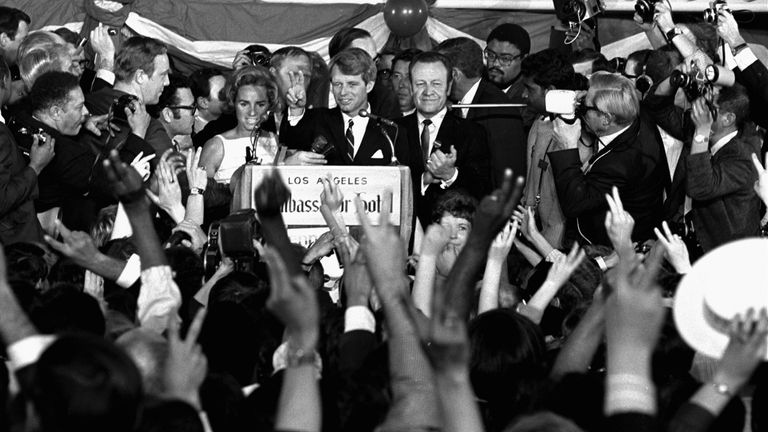 At his last hearing in 2016, commissioners concluded that Sirhan did not show adequate remorse or understand the enormity of his crime.

However, Ms Berry said new laws mean the board now favours releasing certain older prisoners who committed crimes at a young age when the brain is prone to impulsivity. Sirhan was 24 at the time of the assassination.