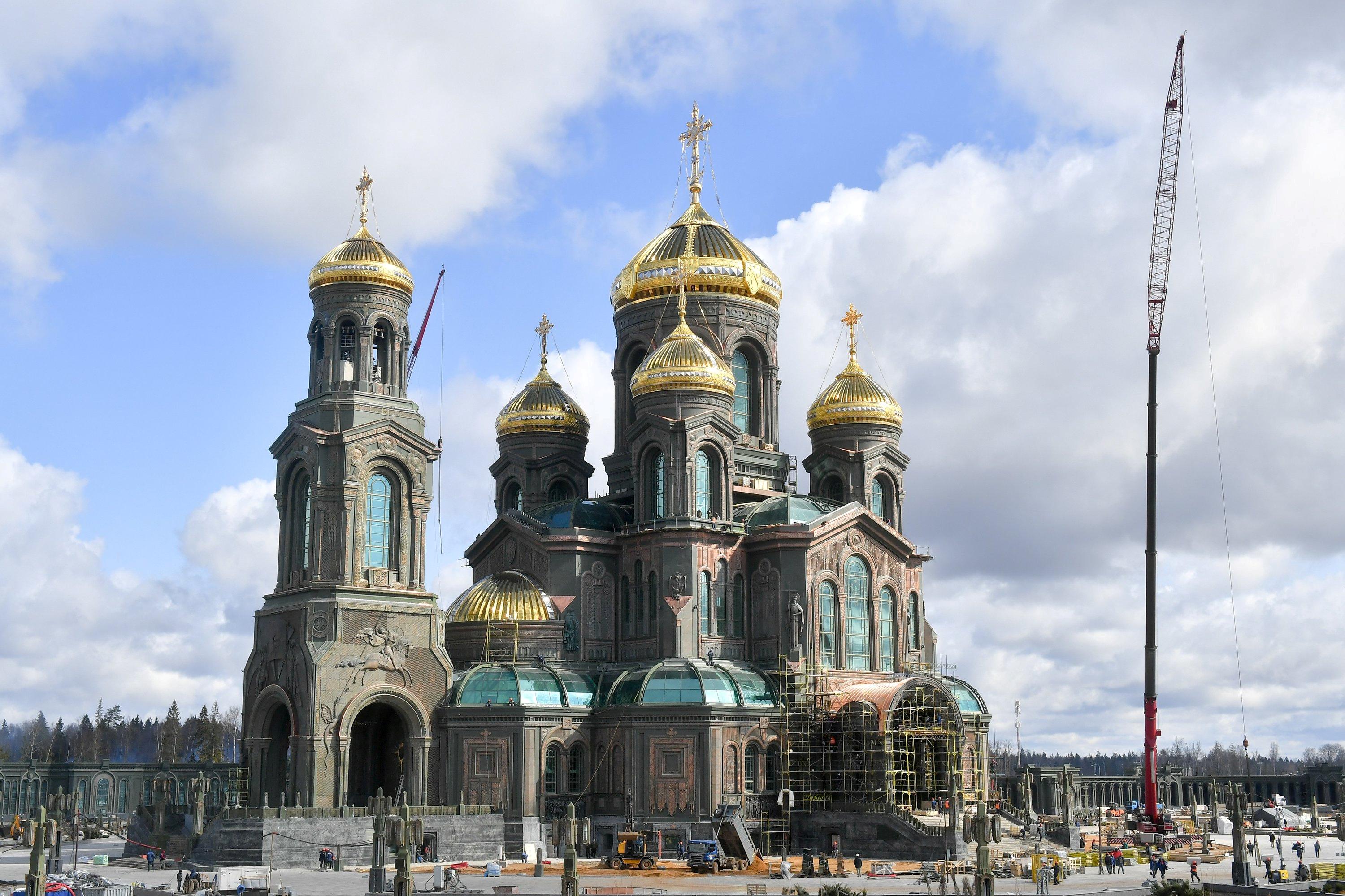 MOSCOW (Reuters) – A grandiose mosaic depicting Russian President Vladimir Putin and other high-ranking officials will not be put on display in a new military church after objections from the Kremlin leader, a church official said on Friday.

Russia is building a massive cathedral dedicated to its armed forces just west of Moscow. It had been scheduled to open its doors this month to mark 75 years since the Soviet victory in World War Two, but its inauguration is likely to be postponed because of the coronavirus outbreak.

A picture of the mosaic, which shows Putin alongside Defence Minister Sergei Shoigu and other top officials showing their support for Russia’s 2014 annexation of Crimea from Ukraine, was first published by the MBKh news website last week.

Another mosaic panel photographed separately showed a group of women gathered in front of a sign reading “Crimea is ours.”

Speaking to the Interfax news agency on Friday, Bishop Stefan, the cathedral’s archpriest, said its arts committee had decided not to put the mosaic on display in line with the “wish of the head of state.” He did not provide further details.

Kremlin spokesman Dmitry Peskov said last week that Putin was aware of the mosaic but that the Russian leader thought it was too early to celebrate the accomplishments of the country’s current leadership.

The Crimean peninsula’s annexation propelled Russia’s relations with the West to a post-Cold War low and saw a string of countries impose economic sanctions on Moscow.