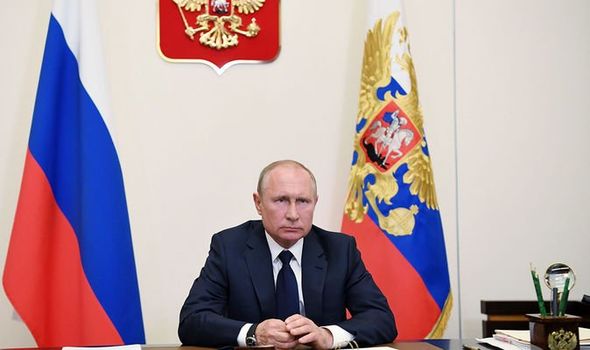 Ties between Moscow and Prague have been strained over disputes about a statue and the renaming of a Czech square as well as reports of a Russian man arriving in Prague and posing a threat to three Czech politicians. On June 5, Prague expelled two Russian embassy staff members after what Czech Prime Minister Andrej Babis called infighting among embassy personnel that led to false allegations about a planned Russian assault on the Czech politicians.

The politicians, who included the mayor of Prague, were given police protection.

The Russian Embassy in Prague denounced the decision announced by Babis at the time as a “fabricated provocation”.

In a statement on Monday, the Russian foreign ministry accused Prague of deliberately trying to escalate tensions with Moscow.

The Kremlin on Monday said it would not tolerate unfriendly gestures, when asked about Moscow’s expulsion of two Czech diplomats, a reciprocal move in response to two of Russia’s diplomatic staff being expelled from Prague earlier in June.

Kremlin spokesman Dmitry Peskov said Russia would continue to respond adequately in such situations, but said it remained interested in having good relations with all countries.

Earlier on Monday, Russia’s Foreign Ministry summoned the Czech ambassador to Moscow and told the envoy that the diplomats had by the end of Wednesday to leave the country.