Ukraine: TV host says Russia will 'be there forever'

Speaking on Channel 1, Russian state TV host and propagandist Olga Skabeyeva listed a series of cities that Russia is planning to attack to ultimately cut off Ukraine from the Black Sea. Despite Moscow suffering severe setbacks since early on in its invasion of Ukraine, Putin supporters across state-owned broadcasters have continued to rally the support of the population. Skabayeva reiterated Russia will now be in Ukraine “forever” following the annexation of Luhansk and Donetsk, hinting at plans for further expansion towards the west.

Skabeyeva said: “It seems like they’ve finally figured us out.

“Russia is there forever!

“After the unification and liberation of Donbas, Zaporizhzhia, and Kherson which will happen in the coming months, Russian will focus on Kharkiv, Odesa, and Mykolaiv.”

She concluded: “This will cut Ukraine off not just from the Sea of Azov, but from the Black Sea too”. 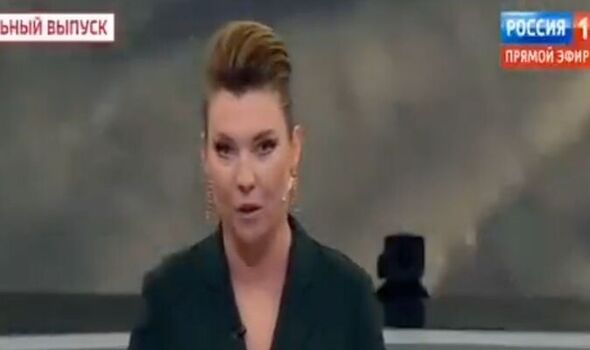 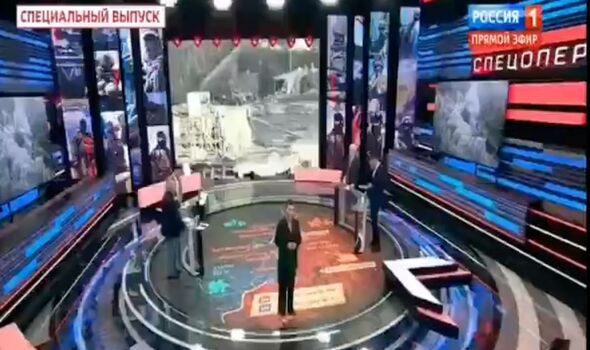 The video was posted on Twitter by BBC correspondent Francis Scarr.

Alongside the clip, he commented: “Olga Skabeyeva is back from her break and just as belligerent about Russia’s war aims as she was before.

“She says Russia will cut Ukraine off from the Black Sea”.

But social media users pointed out that Russia’s plans for Ukraine have not been progressing well after failing to secure the majority of the country in the early days of Putin’s so-called “special operation.”

User @ValoisSeb commented: “It’s rather Russia who’s at risk of being cut off from the Black Sea. If it wasn’t for Turkey’s help”.

@ddjambazov, in reference to the blast in Crimea, wrote: “Did she vacation in Crimea? Perhaps, she should have”.

Another user @KarinaVinnikova reacted: “On Russian television, everything is always good (for Russia).

“The sun is shining, life is getting only better, HIMARS keep exploding…”.

The remarks from the Russian TV host came a day after nine Russian warplanes got destroyed in a blast at Saki air base, in Russian-controlled Crimea. 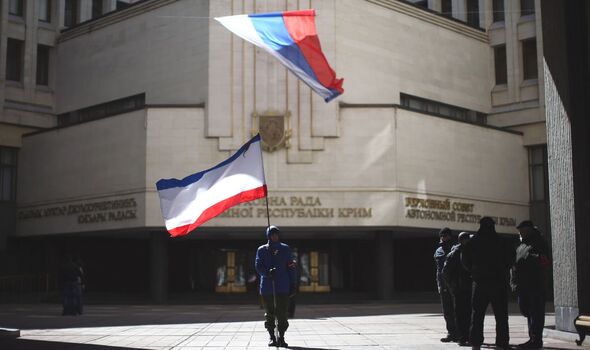 Satellite images have shown the damage could represent Moscow’s biggest loss of military aircraft in a single day since World War 2.

Russia insisted that the explosions recorded air base were caused by the detonation of stored ammunitions and stressed that the blast was not the result of any Ukrainian attack.

Ukraine has not claimed responsibility for the strike, suggesting the explosions were a consequence of dangerous actions performed by Russians on the base.

President Volodymyr Zelensky this week reiterated his belief that Ukraine can retake control over the Crimean peninsula before the war ends.

Crimea was annexed to Russia in 2014 through a referendum widely regarded as illegal by the international community.

Brexit LIVE: ‘Idiots!’ Ryanair CEO lashes out at Brexiteers and blames
Waspi woman outraged as Liz Truss refuses to give pension help
Row erupts as Bank of England furious with new masterplan
‘It’s not down to Brexit!’ Ferrari shuts down caller over water crisis
Fury as granddad ‘turned away’ from bar for being ‘too old’