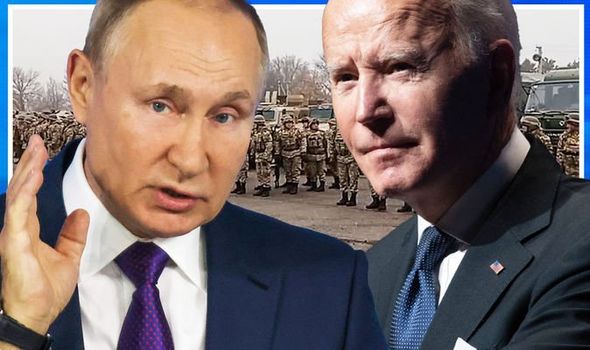 Russia will meet with the United States in Geneva on Monday to discuss the unusual build-up of troops along the Ukrainian border. Washington has already stepped up pressure on Russia, warning that an invasion of Ukraine would see Moscow hit with unprecedented sanctions. But fears that the negotiations could collapse were heightened when Russia’s foreign minister, Sergei Ryabkov, who will be leading the country’s delegation, warned his nation would not bend. Mr Ryabkov said: “I can’t rule out anything… naturally, we will not make any concessions under pressure and in the course of threats that are constantly being formed by the Western participants of the upcoming talks.”

Antony Blinken pessimistic ahead of talks

US Secretary of State Antony Blinken appeared pessimistic ahead of crisis talks with Russia, commenting that it was “very hard” to see a solution.

Speaking on CNN, he said: “To make actual progress, it’s very hard to see that happening when there’s an ongoing escalation, when Russia has a gun to the head of Ukraine, with 100,000 troops near its borders, the possibility of doubling that in very short order.

“There’s a path of dialogue and diplomacy to try to resolve some of these differences and avoid a confrontation.

“The other path is confrontation and massive consequences for Russia if it renews its aggression on Ukraine.

“We are about to test the proposition about which path President (Vladimir) Putin is prepared to take.”