DUBAI (Reuters) – Saudi Arabia imposed a nationwide curfew on Monday after reporting a jump of almost a quarter in coronavirus cases, while the United Arab Emirates will suspend all passenger flights starting Wednesday, state media reported. 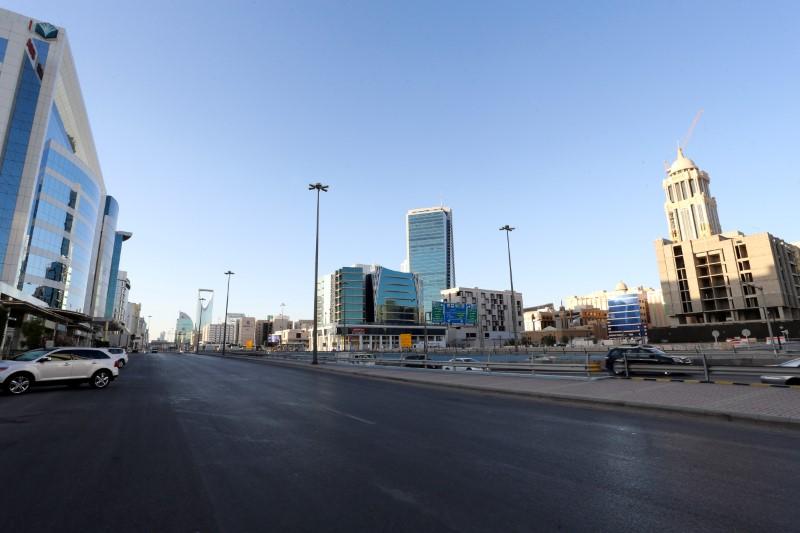 Saudi King Salman ordered a curfew from 7pm to 6am for 21 days to slow the virus’ spread, state media said. Anyone breaking it will be fined 10,000 riyals ($2,665) and repeat offenders could be jailed up to 20 days.

Interior Ministry spokesman Colonel Talal Mashhoud told a news conference, where 51 new infections were announced, that security forces would enforce the curfew and if needed “military authorities may be called upon”.

Police vehicles blaring sirens and flashing emergency lights lined up in one Riyadh neighborhood, a Reuters witness said, and more deployed on a highway.

The six-nation Gulf Cooperation Council has recorded more than 1,800 infections and four deaths from the virus. Saudi Arabia has the most confirmed cases with 562.

The UAE, an air hub, said it would halt all passenger and transit flights for two weeks, state news agency WAM said. Cargo operations continue. It called on nationals studying abroad to return within 48 hours.

The country reported 45 new cases among Western, Arab and Asian nationalities, taking its total to 198.

State-owned Emirates, one of the world’s biggest long-haul airlines, earlier said it would stop passenger operations this week, except for some repatriation flights.

The UAE urged the public to stay home and Dubai police instructed people on the street through loudspeakers to go home, but Reuters journalists saw joggers outside and shoppers scooping up goods at supermarkets.

The country, the region’s business hub, has yet to suspend work. Government ministries and departments, including the central bank, said staff were asked to work remotely.

“We are not immune…The only way to guarantee that we safeguard the wellbeing of our loved ones is to ACT now, TOGETHER and WITHOUT exceptions. Stay Home,” Dubai Crown Prince Sheikh Hamdan bin Mohammed bin Rashid wrote on Instagram.

Kuwait said it would issue expatriate teachers exit permits. State news agency KUNA later said EgyptAir would operate a daily flight to Cairo for a week starting on Wednesday for Egyptian residents who wish to leave.