Heavy snow is forecast across much of Scotland this week and the wintry conditions are set to move further south this weekend, according to new weather maps. The charts show much of the UK, particularly the east, is poised for snow in a 48-hour blitz, starting from late Saturday night.

The map shows much of Scotland covered by dark red and white patches, indicating between an 85-100 percent risk of snow.

The north of England also starts to turn red, with further patches of yellow and green indicating a moderate snow risk.

By 3am on Sunday the snow risk has moved further south still, covering much of Scotland, northern England, the Midlands and parts of Wales.

Much of the country has turned white, indicating a 100 percent risk of snow. 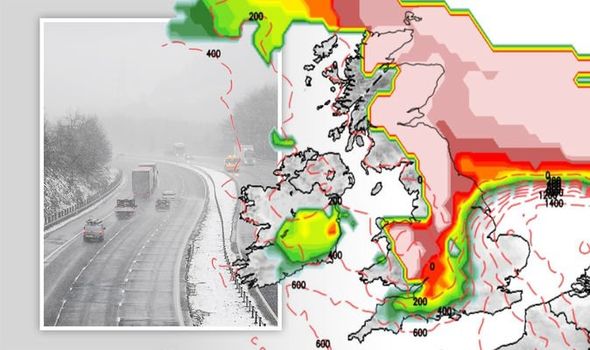 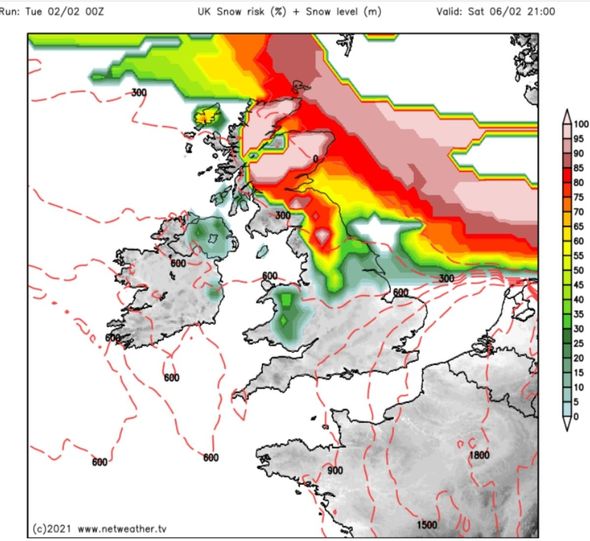 As daylight surfaces at 6am, the parts of the country covered by the high snow risk increases further, with parts of central and western England also changing colour.

By midday, the snow risk eases slightly, as the weather front pushes back up north.

From Monday the wintry conditions remain confined to Scotland, northern England and patches of Wales.

By Tuesday morning the snow risk has virtually disappeared from the whole of the UK. 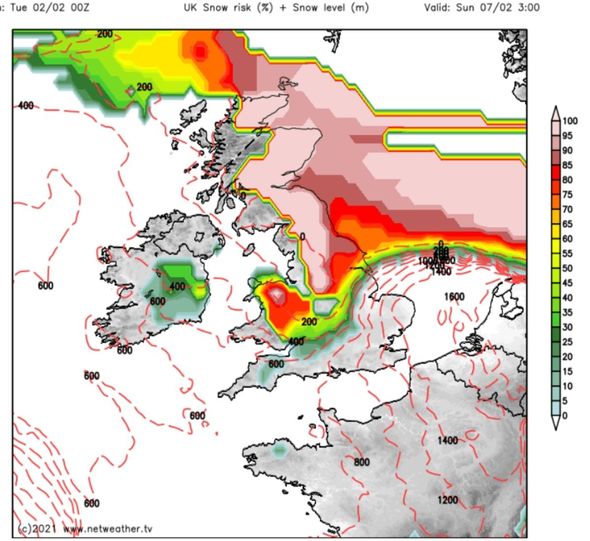 Weather maps by WXCharts indicate how much snow is expected during this 48-hour period.

Parts of Scotland are likely to see several feet of snowfall, with charts showing 2.4ft (74cm) is forecast on Sunday at 12pm, before rising to 3ft (98cm) at the same time on Monday.

Northern England can expect up to 11inches (29cm) of snow on Monday at 12pm, while southern parts can expect a slight dusting of about 2cm.

The 48-hour snow blitz is set to be accompanied by freezing temperatures, with -6C forecast in Scotland at 12pm on Sunday. 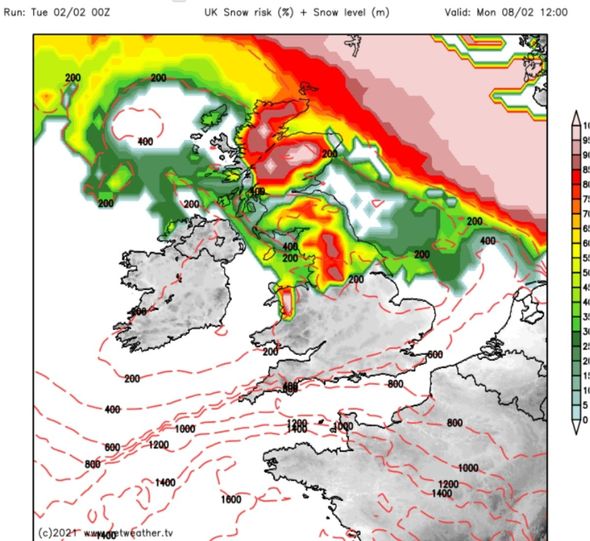 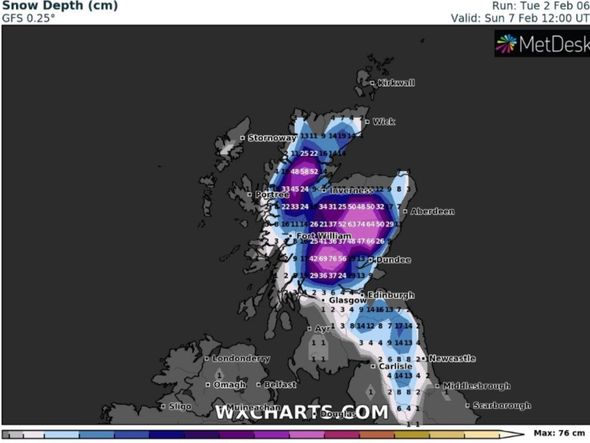 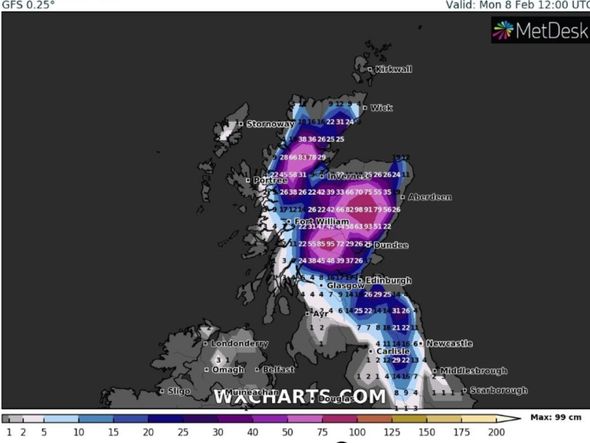 Northern England, Wales and parts of the west can expect the mercury to dip below freezing, while the south east will remain slightly warmer at about 5C.

Met Office forecasters said there is a high chance of snow in Scotland and the north east of England this weekend.

Met Office Deputy Chief Meteorologist, Mark Sidaway, said: “Into the weekend snow will continue across much of Scotland, and is likely to increasingly fall to low levels before beginning to move south into northern and eastern England.”

“We are likely to see some very large accumulations across higher parts of Scotland especially, with strong winds leading to significant drifting and blizzard conditions at times.” 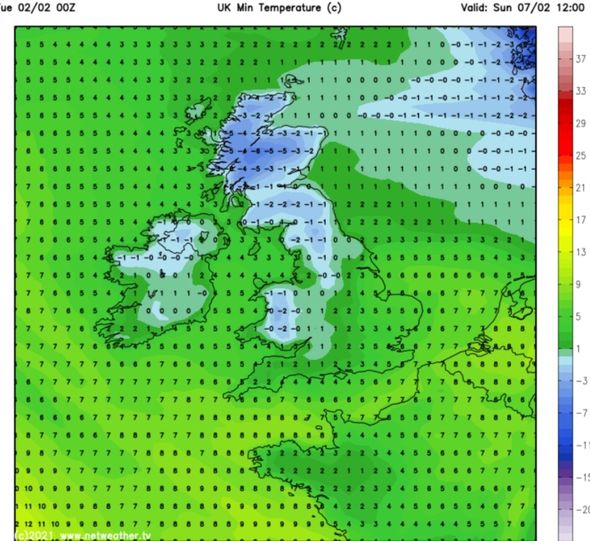 “Although amounts of snow across England are likely to be less, they could still cause some problems as we go into the weekend.”

The Met Office has issued a yellow snow warning from midnight Friday 5 to 12pm on Sunday 7, which covers much of Scotland.