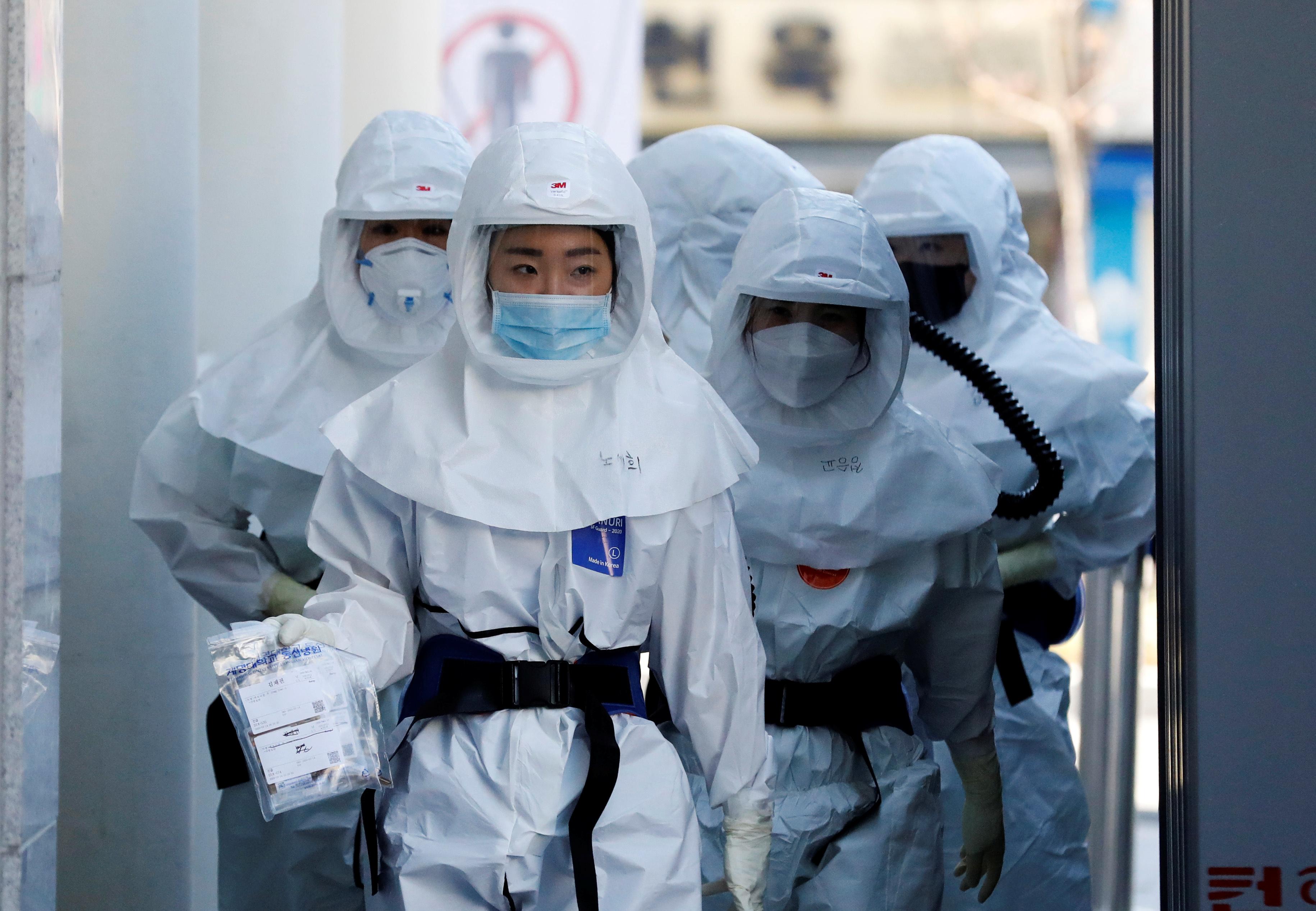 It is the first time South Korea has declared a region a disaster zone from an infectious disease and under the status the government can subsidize up to 50 percent of restoration expenses and exempt residents from taxes and utility payments.

South Korea, which has the highest number of cases in Asia after China, now has a total to 8,162 confirmed infections and 75 deaths, the Korea Centers for Disease Control and Prevention said (KCDC).

South Korea has been experiencing a downward trend in new cases and the latest numbers are significantly lower than the peak of 909 cases reported on Feb. 29 and down from the 107 recorded on Saturday.

Citing extended economic fallout from the coronavirus, Prime Minister Chung Sye-kyun said on Sunday: “We will brace for all possibilities. We will minimize the impact on the economy of the people.”

Forty-one of the new coronavirus cases were from the city of Daegu, where a secretive church at the center of the outbreak is located. The church has linked to over 61% of cases, KCDC Deputy Director Kwon Jun-wook told a briefing on Sunday.

A total of 120 patients were released from hospitals and for the third day in a row the daily number of those recovered exceeded that of new confirmed cases since South Korea’s first case was confirmed on January 20.

The drop in new cases come after most of the mass infection cases linked to the church members were identified, said Kwon.

“What’s more important now is the remaining clusters of infection that is quietly making headway in the community.”

He pointed to a call center in Seoul, medical centers and nursing homes across as the new clusters.

Apart from measuring temperature at the airport, visitors from those countries now need to download an app the South Korean government rolled out to report whether they have any symptoms related to the virus everyday.

South Korea has been testing hundreds of thousands of people and tracking potential carriers like detectives, using cell phone and satellite technology.