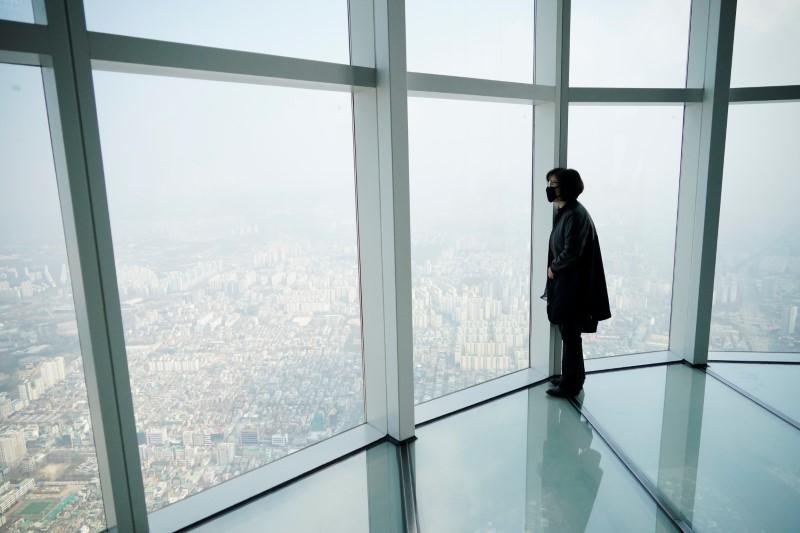 The package is the latest in a string of steps Seoul has taken in recent days to curb pressure on Asia’s fourth-largest economy, including an interest rate cut, an extra 11.7 trillion won ($9.12 billion) budget and more dollar supplies.

The government will issue loan guarantees for struggling small businesses with less than 100 million won ($78,000) in annual revenue to ensure companies can easily and cheaply access credit, Moon said.

Local commercial banks and savings banks will also allow loans to be rolled over for small businesses if they cannot afford to pay off the loan when it is due, he said.

“We’ve decided to take the measures to prevent small and medium firms and merchants and the self-employed from going bankrupt and ease anxiety in the financial sector”, Moon told an emergency economic policy meeting.

“As the situation unfolds, we will scale them up if necessary.”

The Korea Centers for Disease Control and Prevention reported 152 new cases on Thursday, taking the country’s total infections to 8,565.

The daily tally reversed a downward trend in new infections after new, small-scale outbreaks emerged, including in a nursing home in the hardest-hit city of Daegu, southeast of Seoul.

The country had recorded fewer than 100 new infections for four days in a row until Wednesday.

Among the new cases, 97 are from Daegu, although the KCDC did not specify how many were directly linked to the nursing home. That outbreak has prompted Daegu officials to launch extensive checks on other nursing homes in the region, which house more than 33,000 people.