MADRID/Amorebieta, SPAIN (Reuters) – The new coronavirus has infected more than 200,000 people in Spain, although the spread of the disease is slowing, officials said on Monday, as the Supreme Court ordered the government to guarantee that medical workers receive adequate protective equipment.

With 200,210 recorded infections, Spain is second only to the United States in terms of confirmed cases, according to Reuters data. The cumulative death toll from the virus rose to 20,852 after 399 fatalities were recorded in the previous 24 hours.

But Health Emergency Chief Fernando Simon told a news conference that the rate of new infections continues to fall despite an increase in testing, suggesting the overall prevalence of the disease could be lower than expected in the population.

“Fortunately occurrence is falling a lot, even more than we had thought,” he said.

In the northern Basque region, an early hub of the outbreak, ambulance worker Marisa Arguello de Paula said she had noticed that her patients appeared generally calmer as the situation improved.

“You tell them things are going better, that hospitals aren’t so overloaded, and even though they’re on their own, they come more quietly,” she said.

In response to a complaint brought by medical unions, Spain’s Supreme Court ordered the Health Ministry to take all measures within its power to ensure health workers receive adequate protective equipment.

Medical professionals, who account for around 15.5% of the country’s coronavirus cases, had said that they were unable to access vital supplies like masks, gloves and surgical scrubs. 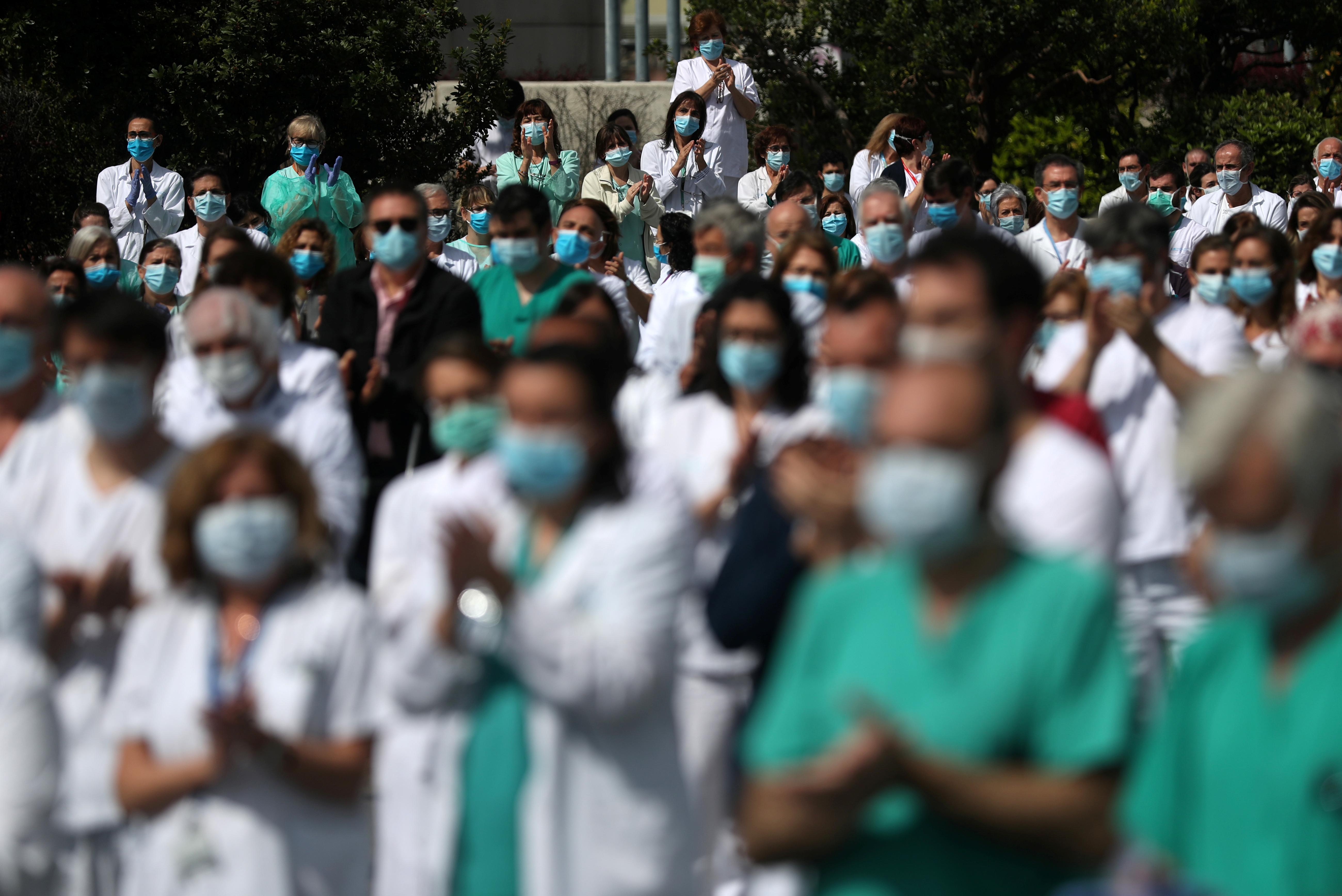 It forecast the economy would shrink somewhere between 6.8% and 12.4% this year depending on the duration of the lockdown.

Still, it said it expected an upturn in the second half of the year, leading to a “remarkable recovery” in 2021, for which it projected growth of 5.5% to 8.5% as economic activity rebounds.

Prime Minister Pedro Sanchez said on Saturday he will seek parliamentary approval to extend the lockdown by two weeks to May 9, but will ease some of the restrictions.

After meeting with opposition leader Pablo Casado, he agreed to set up a cross-party parliamentary commission to address the social and economic damage wrought by the outbreak.

Dubbed the reconstruction committee, it will feature members of the main political parties as well as union leaders and public health experts.

The government is considering allowing limited outings for children and for people to practise non-contact sports like jogging or cycling, health chief Simon said on Monday.

However, he added that children would be unable to play freely with their neighbours again for quite some time.

To help soften the blow from the crisis, Spain will propose to its EU partners the creation of a 1.5 trillion euro ($1.63 trillion) recovery fund financed through perpetual debt, a discussion paper seen by Reuters showed.