Some businesses, including construction and manufacturing, have been allowed to reopen in Spain. 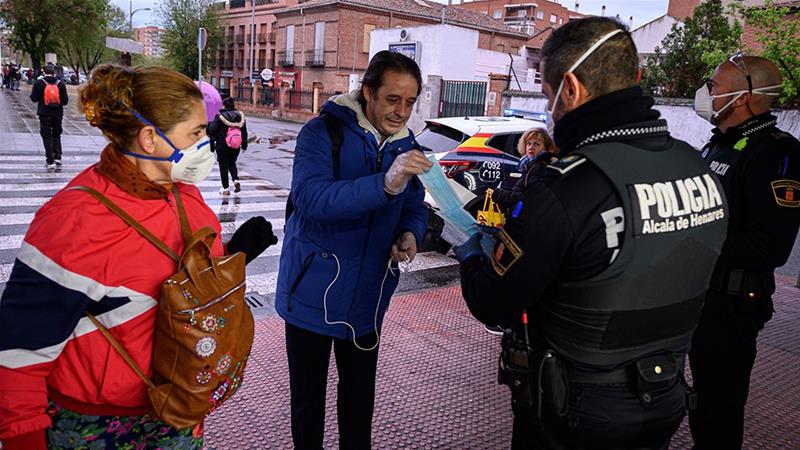 Spain has started to ease tough coronavirus lockdown restrictions that have kept people confined to their homes for more than a month and put a brake on economic activity.

Spain’s cumulative death toll from the coronavirus rose to 17,489 on Monday, up 517 from the previous day, while confirmed infections rose to 169,496 from 166,019 the day before, according to the health ministry. However, in a sign the situation was taking a turn for the better, some businesses, including construction and manufacturing, were allowed to reopen.

“The government has given the guidelines and protocols to follow for workers,” Al Jazeera’s Marta Herrero reported from the capital Madrid. 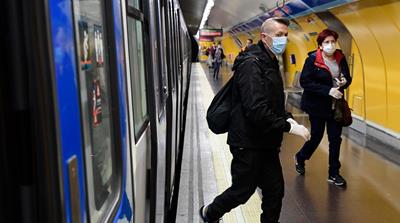 “The owners of the company have to supply or provide personal protective equipment, people have to maintain at least two metres of social distancing and avoid taking public transport.”

But most of the population is still confined to their homes, and shops, bars and public spaces will remain closed until at least April 26.

Prime Minister Pedro Sanchez said on Sunday the decision to restart some sectors of the economy was taken after consulting a committee of scientific experts. Any further winding down would depend on gains made against the virus, he said.

“We are still far from victory, from the moment when we can pick up our normal lives again, but we have made the first decisive steps in the path towards victory,” Sanchez said.

However, the move has prompted criticism from all political parties in Spain, including from individuals within the government, Herrero reported.

“The situation is still very delicate”, Herrero said, adding the country “could face a second wave of the coronavirus after these few weeks”.

One company reopening, Burgos-based industrial group Nicolas Correa, said it would take measures to prioritise the health of its staff.

“We will continue to work in shifts, with staggered entries and exits to avoid concentrations of staff,” it said, adding that all workers would be provided with protective equipment.

The pandemic is weighing heavily on the Spanish economy, with some 900,000 jobs lost since mid-March.