MADRID (Reuters) – Spanish authorities said on Saturday that they would boost coronavirus testing, potentially with the help of robots, as the toll in the country kept climbing, surpassing 1,300 deaths and reaching close to 25,000 cases. 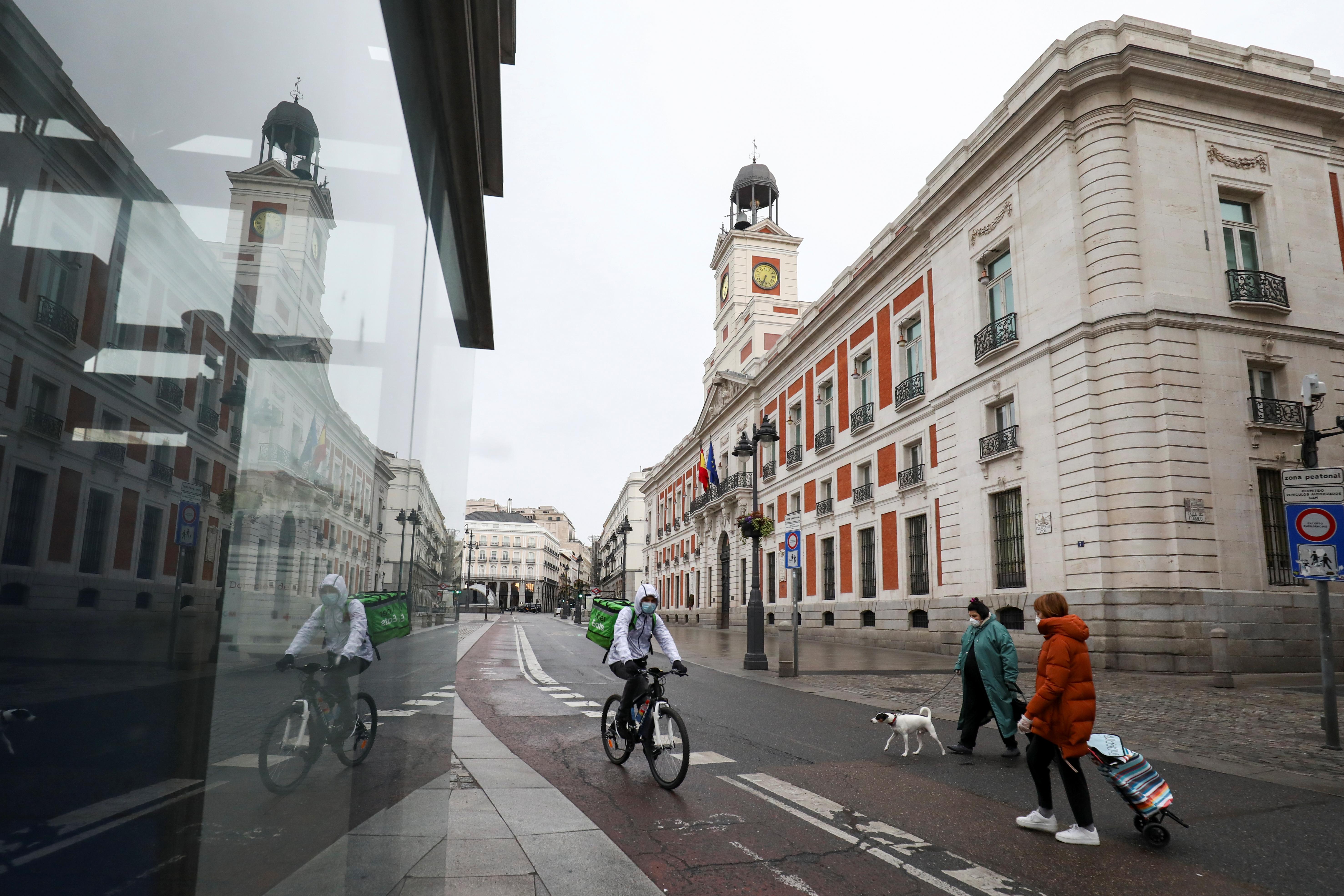 Europe’s second-worst outbreak showed no sign of improvement as the single-day death toll jumped over 300 people from the previous day. Intensive care units kept filling up at a hectic pace in some hospitals.

Health officials said cases were likely to keep increasing and said they did not know when a peak would be reached. But they praised restrictions imposed a week ago by the government, which declared a 15-day state of emergency nationwide barring people from all but essential outings.

“We believe the social distancing measures are going to have an effect,” Maria Jose Sierra, a top official at Spain’s health emergency committee, said at a press briefing.

The death rate is around 5%, Sierra said, but she suggested the real rate is lower as testing has mostly been conducted on people in hospital, meaning there are far more cases than registered.

But testing is set to increase – the government announced on Saturday it had acquired over 640,000 testing devices and said that number could quickly reach a million.

Raquel Yotti, director of Carlos III Public Health Institute, said the first devices were being distributed on Saturday and added the government was working on acquiring four robots that could bring the daily number of daily tests to 80,000. That would be up from 15,000-20,000 a day at the moment.

Robots are helpful as they can conduct automated testing, she said.

Authorities also said they were acquiring more medical equipment, including 700 ventilators. Around 1.3 million protective masks were distributed on Saturday across Spain for healthcare staff and patients.

There is growing concern over overcrowding at hospitals and complaints that facilities could be running short of equipment, such as masks. Some 1,612 patients are currently in intensive care units.

Ricard Ferrer, chairman of Spain’s intensive medicine society, told public television channel TVE that he expected than in eight to 10 weeks around 10,000 patients would be in intensive care units.

Ferrer said Spain had the capacity to deal with that number, but also added that he hoped that from Monday the confinement measures would start having an impact on the number of cases.

On Friday evening military personnel moved patients from hospitals in Madrid to others with more space. The military is also building a giant makeshift hospital at a conference center in the Spanish capital.

Of the 17 Spanish regions, Madrid has been the worst hit, with 60% of the country’s deaths.