'Stand up to Trump!' Canadian protesters shout to Trudeau during anti-racism rally

OTTAWA (Reuters) – Canadian protesters chanted “Stand up to Trump!” to Prime Minister Justin Trudeau when he joined the thousands who gathered in front of Parliament in Ottawa for an anti-racism rally on Friday. 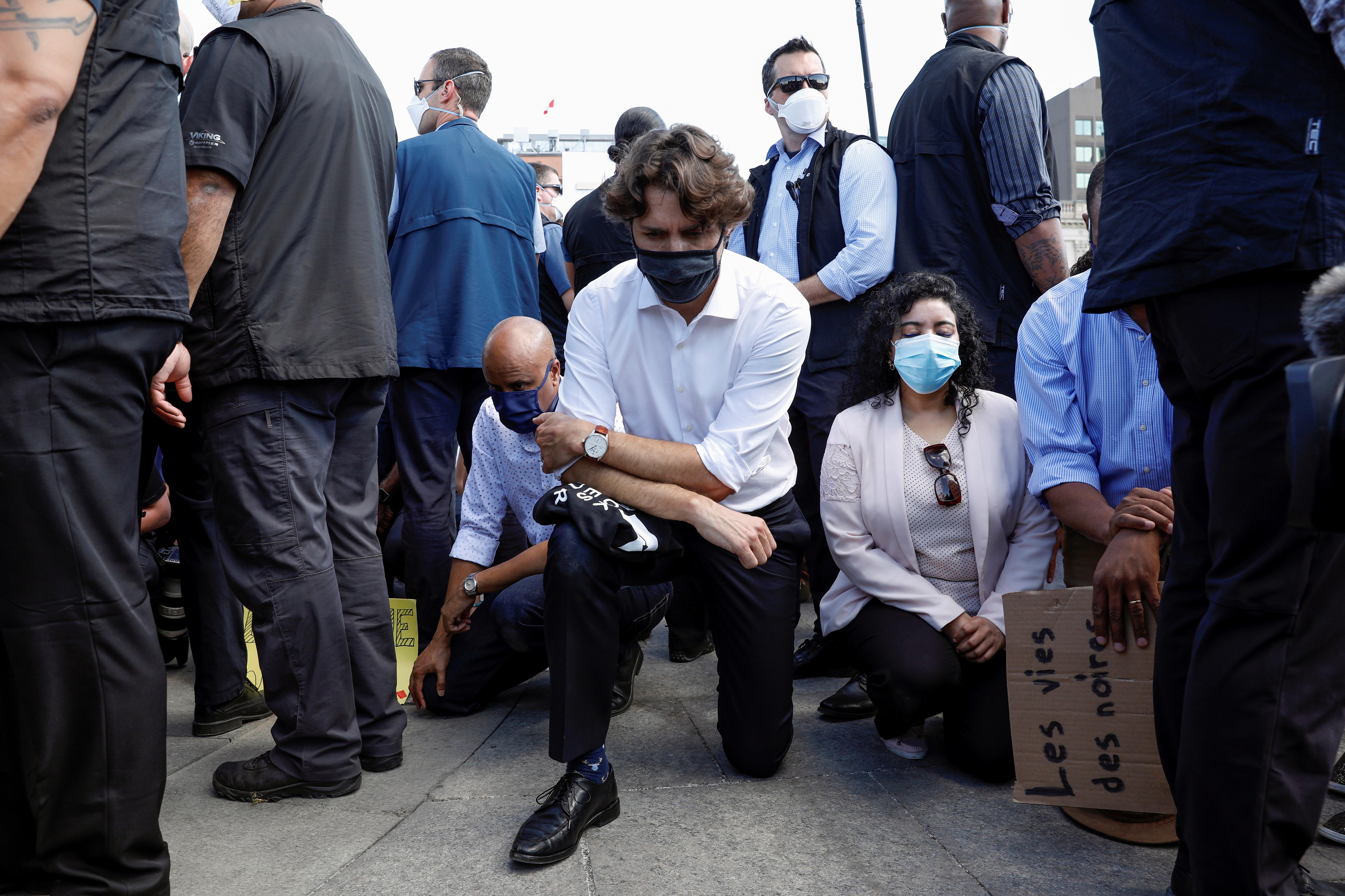 Trudeau, wearing a black mask and surrounded by bodyguards, made a surprise appearance at the “No justice = No peace” rally shortly after it began.

Trudeau three times took a knee alongside other protesters, a gesture used to protest against police brutality and the treatment of African-Americans by police. Afterward, several people thanked Trudeau for kneeling.

On Monday, police tear-gassed peaceful protesters outside the White House to make way for Trump to have his picture taken holding a Bible while standing in front of a church.

A day later, a reporter asked Trudeau to comment on that and on Trump’s idea of using soldiers against protesters. The Liberal prime minister paused for more than 20 seconds before answering that Canadians were watching the United States with “horror and consternation.”

Earlier during his daily press conference, Trudeau acknowledged “the systemic discrimination that has existed for far too long in our country.”

“I look forward to continuing to see thousands of Canadians protesting peacefully right across the country,” he said.

Trudeau did not speak at the rally, but listened to the speeches, after which the protesters began a march to the U.S. Embassy and the prime minister returned to his office.

Hundreds joined a protest earlier in downtown Toronto, Canada’s biggest city, and similar rallies were being held in other Canadian cities. The killing last week of George Floyd, an unarmed black man, while in police custody in Minneapolis sparked protests throughout the United States and across the globe.

“What needs to happen is long-term change,” said Sisi Akhigbe, 24, who raised more than C$9,000 online to provide drinks and snacks for the protesters in Ottawa. “We’ve been treated unfairly and we’re tired.”