A cluster of storms, formed off the east coast of the US, is heading to the UK, adding to the forecast of torrential rain already in place. The aftermath of Storm Kyle has prompted the Met Office to issue a number of weather warnings across the UK, with the worst-hit areas expected to be in Wales. According to weather reports, the storm is “extra tropical” and Britain will feel its force as it strikes this weekend. Storm Kyle is the 11th named storm of the 2020 Atlantic Hurricane season and has broken records as being the earliest “K” storm.

Cornwall, along with coastal parts of Wales, Scotland and Northern Ireland are all expected to be hit with the worst of Kyle, with gales of up to 70mph.

The Met Office has put a series of weather warnings in place for this week, with strong winds affecting predominantly Western parts of the country.

The weather forecast for this weekend reads: “Spells of local heavy rain sweeping north-east across many areas Thursday.

“Further showers Friday and Saturday, heaviest in the West. Windy throughout, with gales for some western and northern areas.” 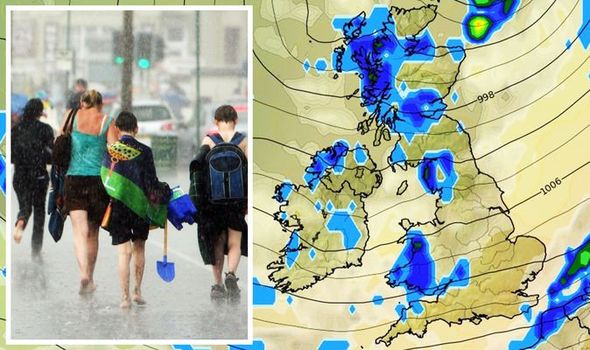 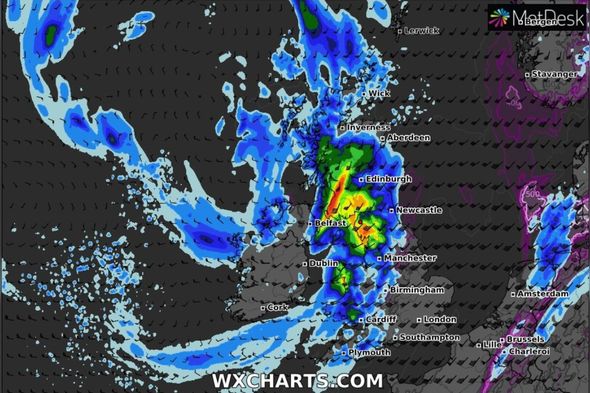 Met Office forecaster John Griffiths said: “At the moment we still have these torrential downpours over central and southern England, tomorrow these will probably continue.

“There could be one or two heavy storms across southern England tomorrow. Some of these showers heavy and with a risk of thunder.”

Mr Griffiths said from mid-week, the weather will turn decidedly autumnal and cautioned those holidaying in Britain to be on the lookout for strong winds on Friday. 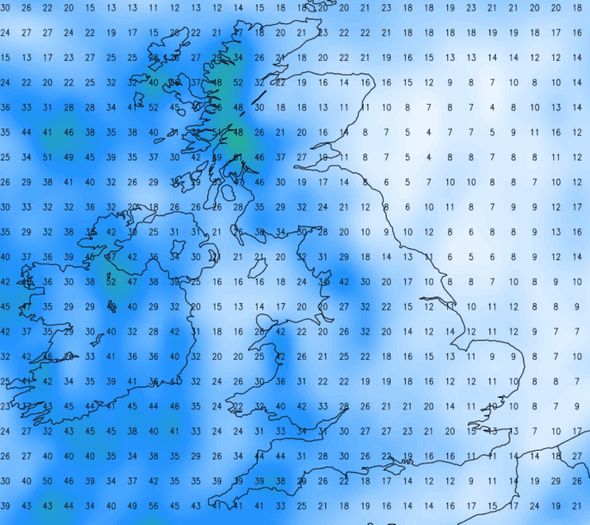 He said: “From Wednesday onwards, the weather will be turning autumnal and it will be windy from the south. More widely from Friday, there will be showers.

“There is a greater risk of widespread blustery showers, it will be fairly widespread at 35mph gusts… there is a risk of gales across Western coasts.

“Generally there will be strong winds so it will be one to watch, especially with people on staycation, as they say.”

Mr Griffiths explained that Storm Kyle, the root cause of the week’s unsettled stormy weather, has “died a death in the Atlantic”. 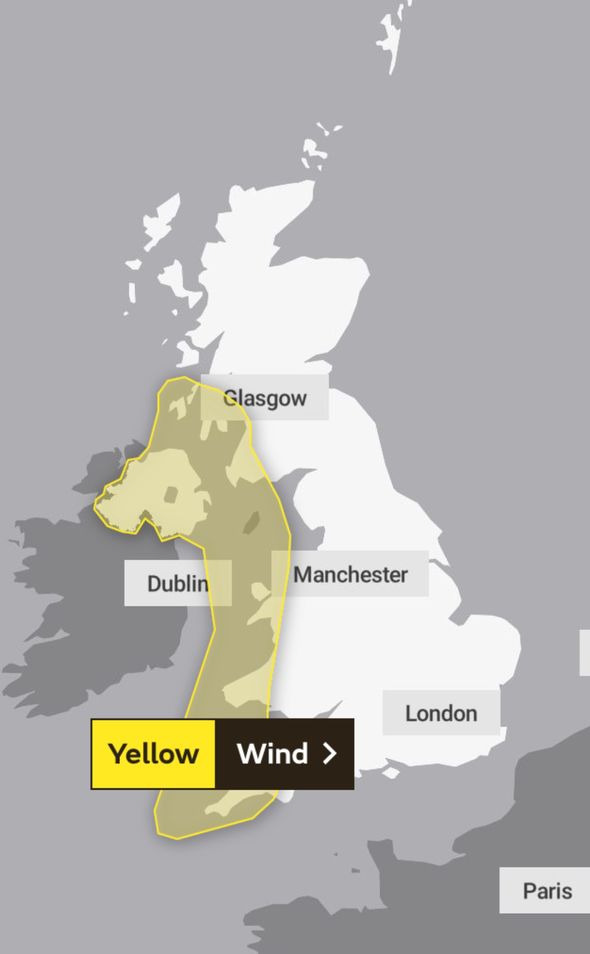 In fact, it is just the aftermath of Storm Kyle which will bring weather disturbances this week and into the weekend.

Met Office meteorologist Marco Petagna explained that when tropical storms dissolve, they can sometimes leave behind fragments which can affect seasonal forecasts.

“Remnants of tropical storms can get caught in the jet stream and bring premature autumnal weather to the UK.

“Computer models show tropical storm Kyle is doing just this. It is a big change in the weather.”

The autumnal conditions will be a huge shift from the highs of 38C seen at the end of July.

The record six-day heatwave in which temperatures regularly reached in the 30Cs, was the “longest extreme heatwave” since Met Office records began in 1841.

The Weather Outlook forecaster Brian Gaze warned that it would be “payback time after the heatwave”.