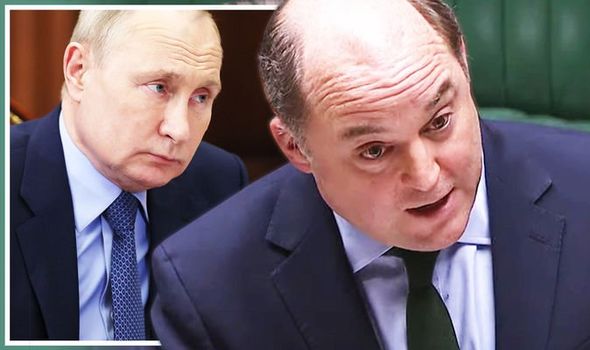 Tensions between Moscow and Kiev reached boiling point last year after Russia amassed more troops near the contested borders. Since 2014, more than 14,000 people have been killed in the conflict in eastern Ukraine. In September, Ukrainian President Volodymyr Zelenskiy warned an all-out war with Russia could be a “possibility”.

Mr Wallace told MPs: “In light of the increasingly threatening behaviour from Russia and in addition to our current support, the UK is providing a new security assistance package to increase Ukraine’s defensive capabilities.

“We have taken the decision to supply Ukraine with light anti-armour defensive weapons systems.

“A small number of UK personnel will provide early-stage training for a short period of time, within the framework of Operation Orbital, before returning to the United Kingdom.

“This security assistance package complements the training capabilities Ukraine already has and those that are also being provided by the UK and other allies in Europe and the United States.

“Ukraine has every right to defend its borders and this new package of aid further enhances its ability to do so.

“Let me be clear: this support is for short-range and clearly defensive weapon capabilities; they are not strategic weapons and pose no threat to Russia; they are to use in self-defence.”