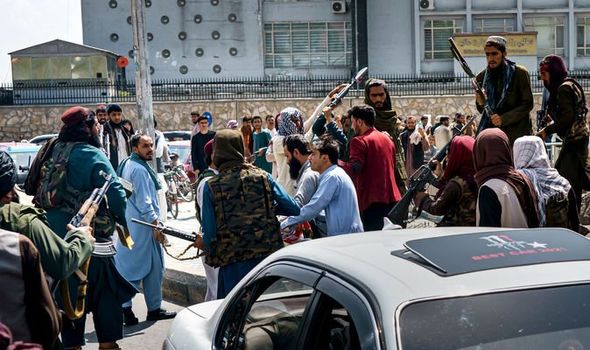 Najla Ayoubi, a former Afghan judge and head of coalition and global programmes at Every Woman Treaty, which campaigns to end violence against women, said she had been forced to “flee for my life” from the Taliban for continuing to speak out in support of women’s rights.

In an emotional interview with Sky News, she said she had been speaking to Afghan women and had heard examples of “bad behaviour and violence against women”.

The former judge claimed one woman had been “put on fire because she was accused of bad cooking for Taliban fighters”.

She added: “They are forcing people to give them food and cook them food.

“Also there are so many young women are being in the past few weeks being shipped into neighbouring countries in coffins to be used as sex slaves.

“They also force families to marry their young daughters to Taliban fighters.

“I don’t see where is the promise that they think women should be going to work, when we are seeing all of these atrocities.”