The story behind viral Indian video about custodial deaths 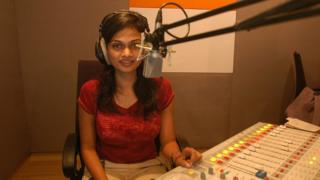 An Instagram video about the custodial deaths of a father and son in the south Indian state of Tamil Nadu was instrumental in getting the case national attention. But now Suchitra Ramadurai has taken down her video. She spoke to the BBC’s Andrew Clarance about why.

This was the opening line of Ms Ramadurai’s video, that went on to get millions of views in India and across the world.

Armed with details from the case filed by the victims’ family, and matching eyewitness reports, she then goes on to explain in graphic detail what happened to P Jeyaraj, 58, and his son Benicks, 38, who were arrested and held an entire night at the Sathankulam police station in Tuticorin town. They died within hours of each other two days later.

Relatives of the two men say the men were subjected to brutal torture and even sexual abuse after they were picked up for allegedly keeping their stores open past permitted hours – Tamil Nadu is still observing a lockdown to curb the spread of Covid.

Ms Ramadurai, a singer, and a radio jockey with a popular radio station in Chennai (formerly Madras) is a familiar name in Tamil Nadu’s capital city.

She ends the video saying, “Let’s fight the system. Wherever you are in the world, share this video.”

What followed was extraordinary. Her video ended up getting more than 20 million views and set off a chain reaction across social media. Video posts detailing the case started popping up in regional languages, calling for justice for the two men.

It then made it way on to national news with trends emerging on Twitter and Instagram as politicians, cricketers, business personalities, comedians and Bollywood actors tweeted about the case.

With mounting national outrage over the incident, the case was handed over to the Central Bureau of Investigation – a federal investigation agency.

Since then, five policemen have been arrested and charged with murder in relation to the custodial deaths.

The officers who were accused in the deaths were initially transferred. But as demands for more severe action grew, they were suspended.

It was at this point that Ms Ramadurai says she was asked to delete the video by the Tamil Nadu police.

The police say that she has “falsely exaggerated and sensationalized the chain of events,” and is not backed by proof.”

In a statement released on Twitter, the police said that Ms Ramadurai video was promoting hatred against the police.

Ms Ramadurai said that an officer of the state’s criminal investigation department asked her to delete the video as the details in the video were in direct contrast to what was mentioned in the post-mortem report of the two men.

“I asked her for a copy of the post-mortem report but she said no” Ms Ramadurai told the BBC, adding that the officer told her that it was a sealed document sent directly to the judge in the case.

“I’m surprised then how she got to see it and point out inaccuracies in my video, if it is a sealed document.”

But Ms Ramadurai said she then took down the video on the advice of her lawyer.

Police brutality is a serious problem in India.

A report by a consortium of NGOs against custodial torture have released a report in which they say 1,731 people died in custody in India during 2019. This works out to around five custodial deaths a day.

Speaking to the BBC, a former Inspector-general of Police in the southern state of Karnataka, Gopal Hosur, said it was important for policemen to go by the rule book.

“When a person is in your custody, he is helpless, there is no question using these methods. You can gather evidence by means other than using force,” he said.

Even though she deleted the video, she feels that its job has been done and people can’t be fooled by statements.

“This video spread mainly because of 90s kids and millennials. You can’t fool people by saying its fake and was meant to cause anarchy. The younger generation can see through it all. They won’t buy it.”