Speaking at Monday’s Coronavirus Task Force briefing at the White House, the US president admitted that “challenging times are ahead for the next 30 days.” A final US death toll in the range of 100,000 to 200,000 people would indicate that his administration had “done a very good job”, he claimed. Mr Trump’s warning came as the US reached a grim new milestone on Monday, as the death toll from the coronavirus pandemic went past 3,000.

The number of fatalities jumped by 540 to 3,017, while reported infections surpassed 163,000, making the US one of the worst affected areas in the world, according to a Reuters tally.

The president was referring to an Imperial College study that identified 2.2 million people as the high end of how many American could die if no measures were taken to slow the spread of the outbreak.

He emphasised that social distancing could save more than a million American lives.

He added: “We will have a great victory.” 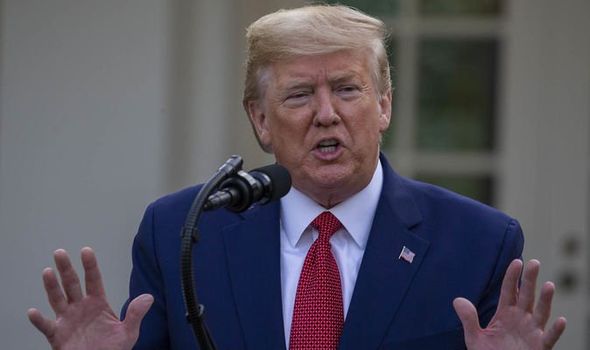 Mr Trump told reporters in the White House Rose Garden that keeping the death toll down to 100,000 would be regarded as “a very good job”.

He also backtracked on his pledge to get America working again by Easter, confirming the lockdown would continue to at least April 30.

When asked by a CNN correspondent whether his previous comments downplaying the threat of the outbreak were wrong, Mr Trump replied that they were “all true”.

He told the reporter: “I don’t want panic in the country. I could cause panic much better than even you.”

The US president has faced criticism for the slowness in implementing measures to stem the spread of the virus over fears the economic impact could hurt his re-election prospects later this year. 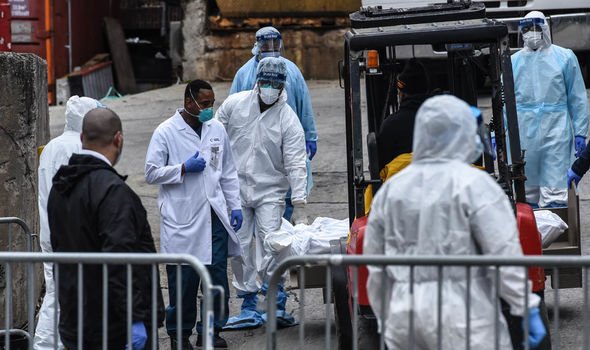 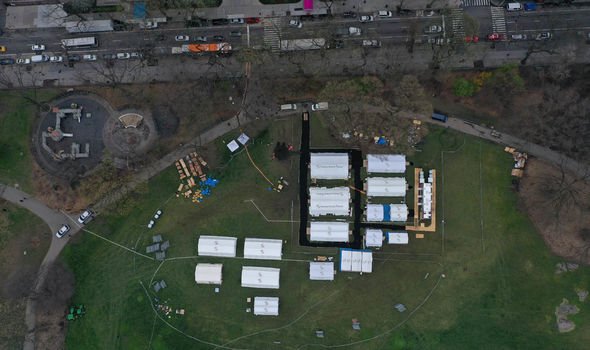 He said: “The economy is number two on my list. We are going to save a lot of lives.”

At the briefing, he also claimed that more than a million Americans had been tested for the virus, “more than any other country by far.”

He added that he should be congratulated on his administration’s progress in fighting the virus.

Mr Trump also claimed the US will be in “a very good shape” in terms of key resources such as ventilators for when the number of cases peak.

When asked whether there would be enough ventilators for all patients in the US who needed them during a predicted peak in infections in two weeks’ time, he responded confidently.

He said: “I think we are going to be in a very good shape.” 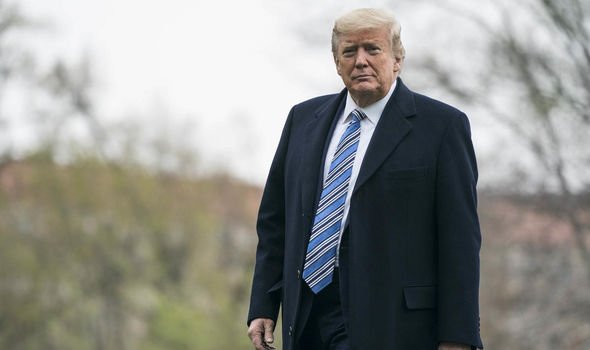 He said at least ten American companies were now making ventilators and that some might even be exported.

Ventilators are a crucial resource in the treatment of coronavirus, as the virus can cause severe respiratory issues as it attacks the lungs.

Confirmed cases of coronavirus in the United States are expected to surge in the coming days and weeks, as the Trump administration begins to ramp up testing further.

The one million Americans who have reportedly been tested represent less than three percent of the population.

US health officials are urging people to obey stay-at-home orders to stop the fast spread of the contagion.

The US is now the country with the highest number of coronavirus cases in the world after surpassing the original epicentre of China and Italy, the hotbed of the pandemic in Europe.