ANKARA (Reuters) – Turkey halted inter-city trains and limited domestic flights on Saturday, as the main opposition called for a stay-at-home order after coronavirus cases surged to more than 7,000. 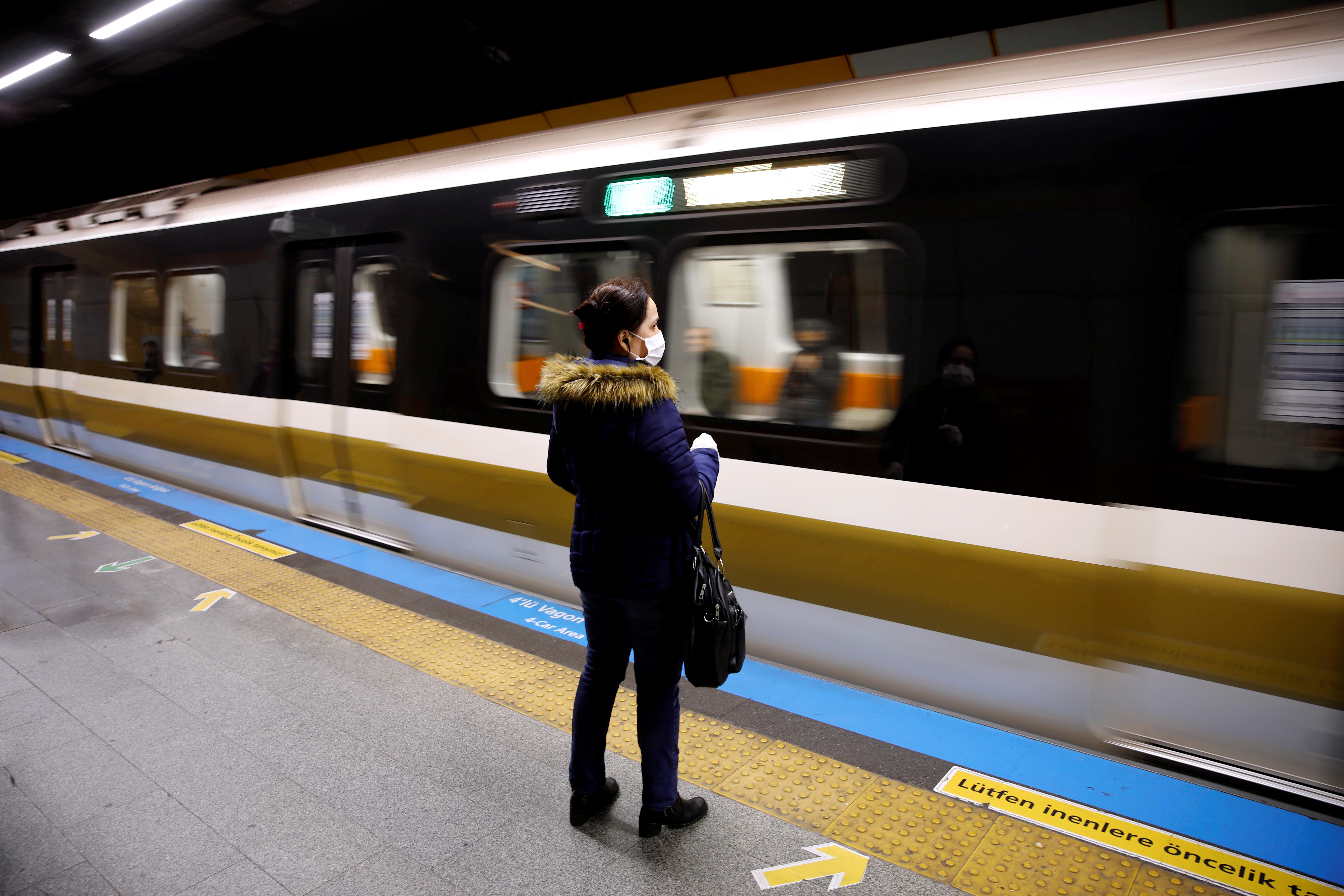 President Tayyip Erdogan called on Friday for a “voluntary quarantine” in which Turks stay at home except for shopping or basic needs to help contain the fast-growing outbreak.

On Saturday, the death toll from the outbreak rose by 16 to 108, as the number of confirmed cases jumped by 1,704 to 7,402, Health Minister Fahrettin Koca said.

The main opposition Republican People’s Party (CHP) called for a stay-at-home order to be imposed urgently.

“At this stage, it is evident that we need a comprehensive, wide and effective stay-at-home and quarantine,” CHP Chairman Kemal Kilicdaroglu said in a statement on Saturday.

“It is not possible to solve this issue with campaigns like ‘Stay Home Turkey’ and by leaving it to the will and initiative of our citizens while not providing any wage or job security and abandoning them to fate,” he said.

Erdogan announced further measures to contain the spread of the virus, halting international flights, inter-city trains and making other domestic travel subject to a governor’s approval.

In a notice detailing travel restrictions, the Interior Ministry said all citizens must remain in the cities they reside in and could only leave with a doctor’s note, in the event of the death of a family member or if they have no accommodation.

It said that from Sunday, airline passengers would need “travel permission documents” and that special councils were being formed to issue the paperwork.

Speaking to reporters, Interior Minister Suleyman Soylu said the use of public transportation had fallen by more than 90%. He said a system had been set up at the border of every province to check the health of anyone traveling.

On Friday, Turkish authorities quarantined one town and four villages in the Black Sea province of Rize over the outbreak. On Saturday two more villages in the Van and Yozgat provinces were quarantined, their local governors said.

Turkey has already placed limitations on the use of public spaces, imposed a partial curfew for senior citizens, closed shops, restaurants, bars, parks and more.

The rate of increase in infections in Turkey has outstripped many other countries in the last two weeks, with 1,704 new cases in the last 24 hours.