PARIS (Reuters) – A high-speed TGV train running between Strasbourg in eastern France and Paris derailed on Thursday after a land slip, injuring 22 people including one seriously, local officials said. 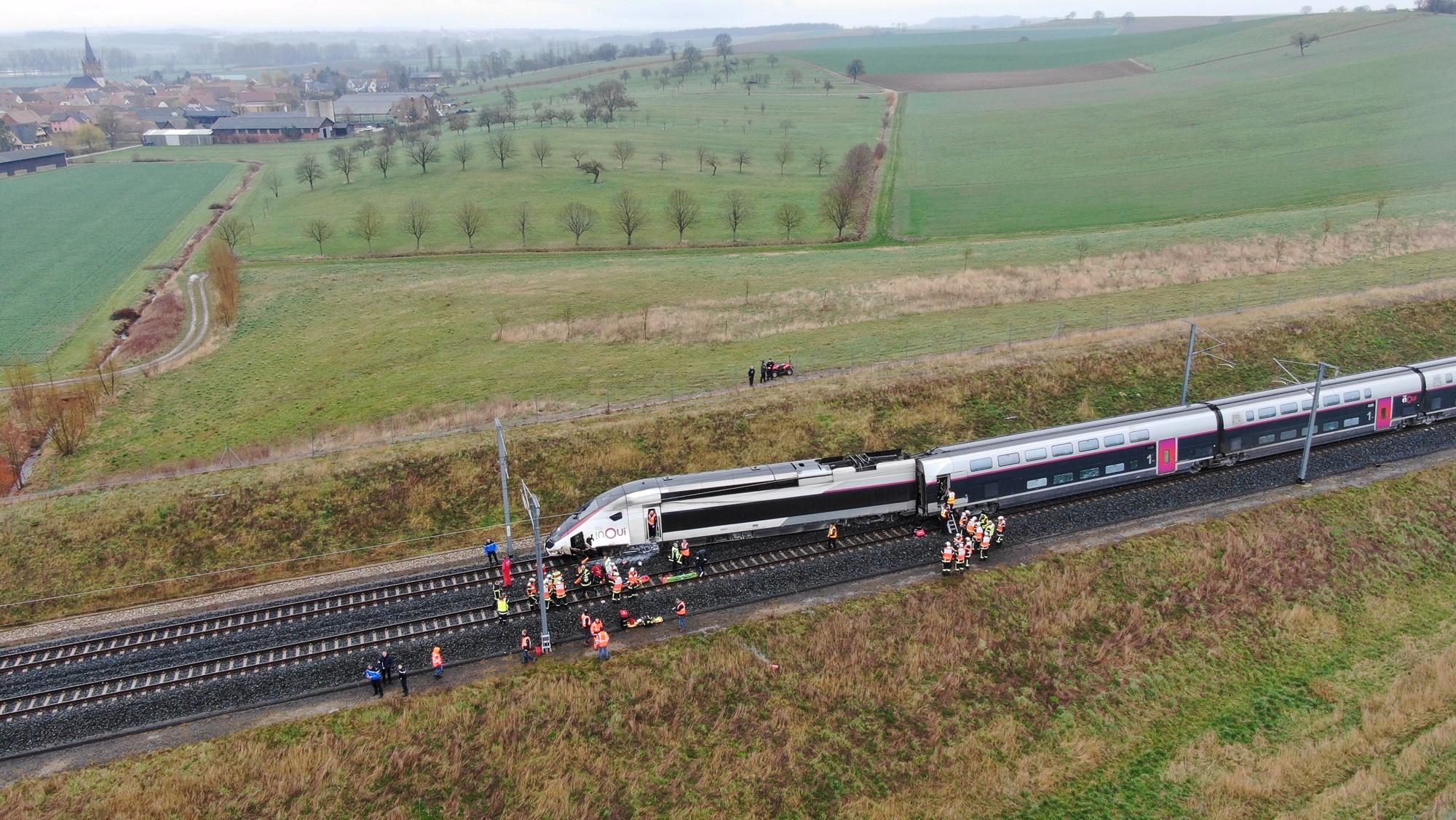 Police and emergency services rushed to the scene of the accident, which happened at 0745 (0845 (GMT) near Ingenheim in the Bas-Rhin area, the local prefecture said.

“The initial assessment is that there is one injured person who is an extremely urgent case and has been evacuated by a Dragon 67 helicopter to Strasbourg-Hautepierre hospital, and 21 people who are being treated as relatively urgent cases,” its statement said.

State rail company SNCF said on Twitter that the train driver was seriously injured and evacuated by helicopter, and that a major land slip had caused the accident.

There were 348 passengers on board.

“We are all a bit shaken,” passenger Alexandre Sergeant told BFM television. “There are people crying, some have back pains.”

Other trains were being re-routed and there were delays but no cancellations. SNCF was using buses to evacuate the passengers onboard the stranded TGV.

In 2015, a TGV derailed on the Paris-Strasbourg line during a test run prior to the line’s entry into service, killing 11 people.

That crash dealt a setback to the rollout of high-speed rail lines that are a symbol of French pride and intended to help support economic growth beyond the capital.