Snow is already falling across much of the south-east this morning, with WXCharts forecasting wild winter weather across much of England and Wales until Thursday, February 18. Bitter temperatures and snow are expected every day until the middle of the month.

Tuesday will see snow depths reaching up to 20cm in the north-west, with temperatures dropping to -5 in the region, according to WXCharts.

Wednesday will remain bitterly cold with lows of -5 possible across much of the country. Across the Surrey Hills region, 17cm (6.5 inches) of snow could fall.

WXCharts forecast the cold weather continuing as next weekend approaches, with East Anglia again receiving the brunt of the snow, with 17cm (7.4inches) expected. 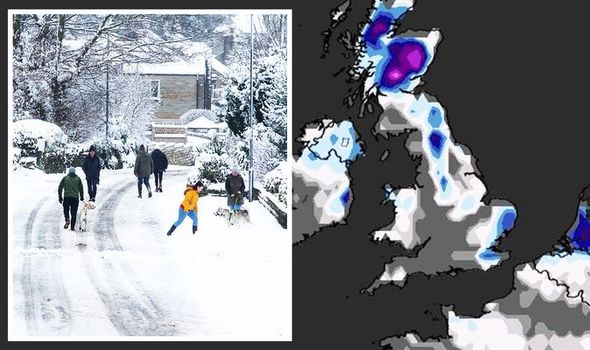 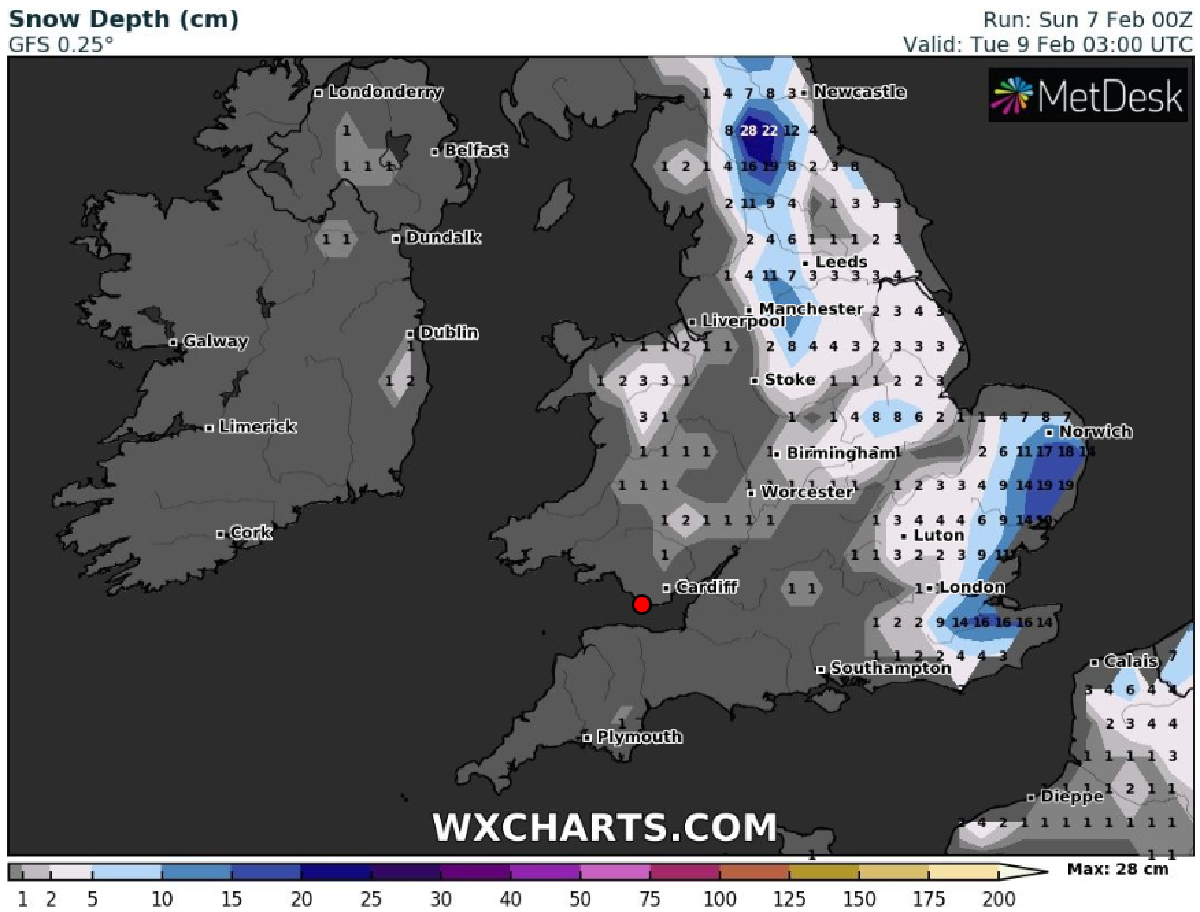 By Friday, Belfast, Norwich, London and the north east of England will be covered again. The coldest temperatures will hit the north-west, where lows of -6 are expected.

Snow will continue on Saturday, with 29cm (11 inches) possible in rural parts the north-west of England.

And the following week will again begin bitterly cold, with lowest temperatures of -8 possible in the north-west.

By Thursday, the snow will begin to be restricted to upland regions. 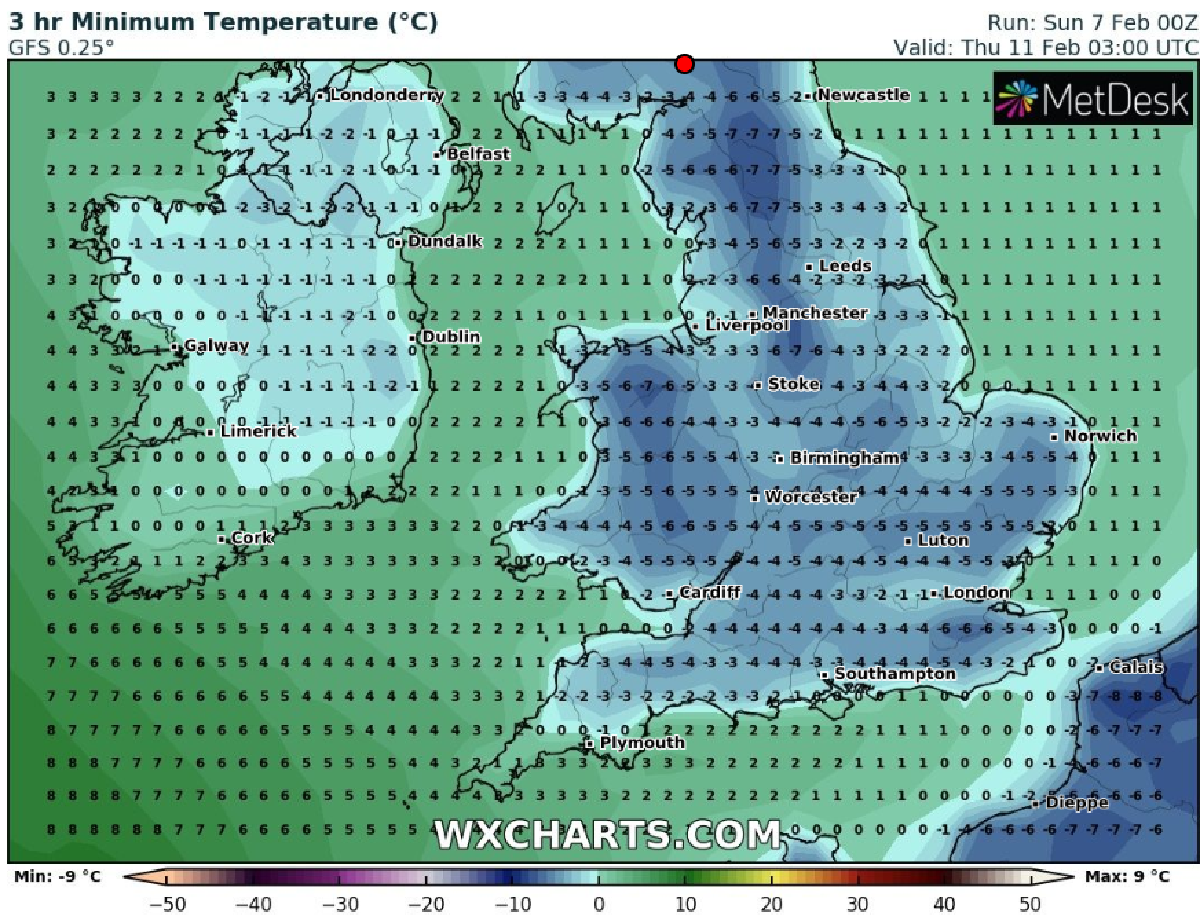 This week, the Met Office has issued several yellow and amber weather warnings for ice and snow.

Meteorologist Sarah Kent said: “There will be significant disruptive snowfall across the South East.

“Within this area, there is a small chance particularly over the Downs of Kent and the North Downs that you could see 25-30cm of snow.

“It is a small chance but the threat is there, up to a foot of snow potentially combined with extremely strong easterly winds.

DON’T MISS
UK snow: When will it snow in your area? What time will snow start? [INSIGHT]
Map of Britain turns white as Met Office warns of snow drifts [REVEAL]
Leeds weather chaos as Storm Darcy hits: Walls in danger of collapse [COMMENT] 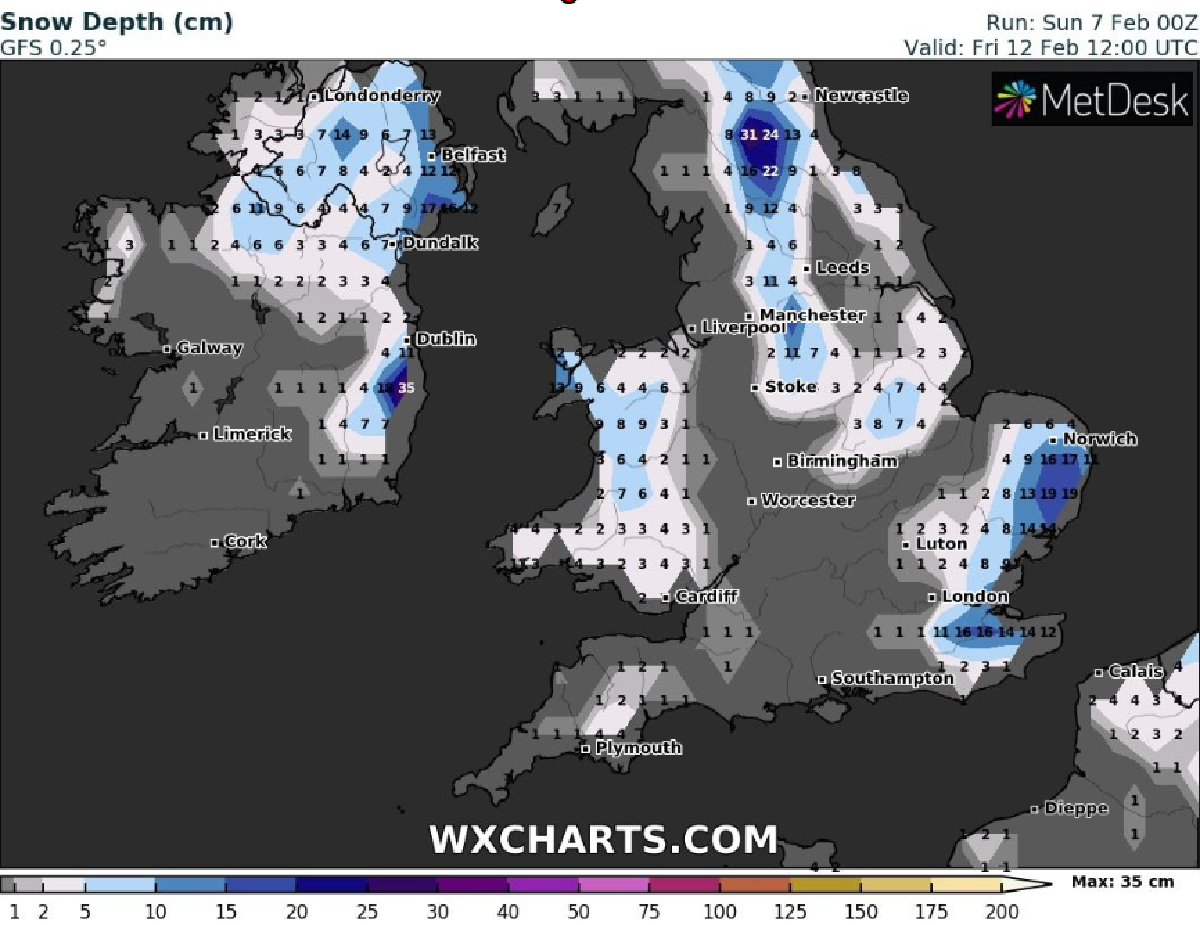 “Even inland in that area, gusting could be 45mph and higher than that on the coasts.

“This could lead to significant drifting of any lying snow and obviously blizzards for the snow coming past you for anyone who is attempting to travel.”

Ms Kent went on to say how the dangerous weather will make journeys difficult for emergency services and it will be “really disruptive”.

She continued: “Sadly there will be people who have to make journeys for the emergency services and there are still lorries that have to go to the ports. It is going to be really disruptive. 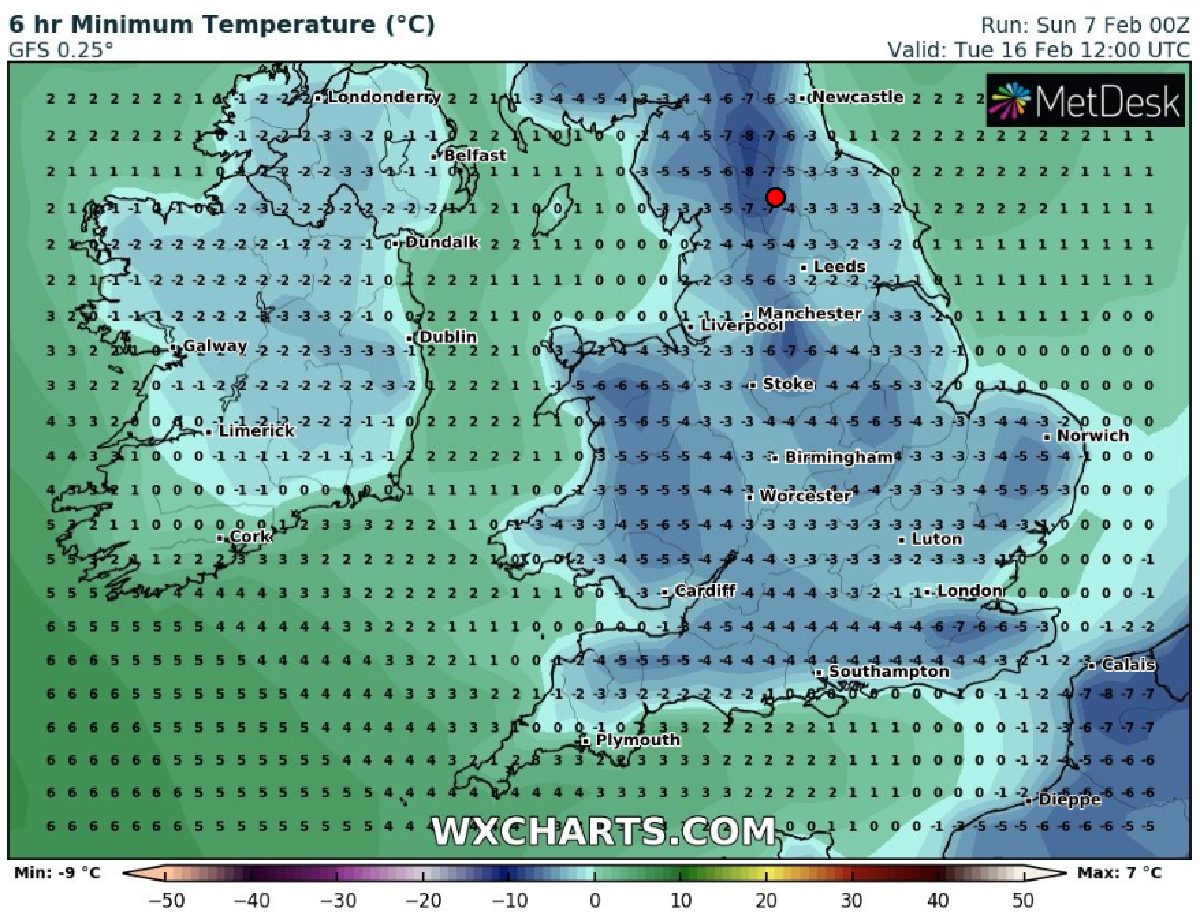 “With that sort of snowfall, you would expect some roads to be closed or blocked by the drifting snow, and long delays or some cancellations of public transport.”

Met Office Chief Meteorologist, Paul Gundersen, added the country will see a “notably cold and snowy period” over the next week as the Arctic freeze hits.

He said: “The UK is in for a notably cold and snowy period over the next week, with very cold air in place over the whole of the UK by Sunday.

“Within the Amber warning area, more widespread snow is expected and we could see 5-10cm of snow quite widely, with a chance that a few places could see 20cm or more.

“With such severe weather around it’s important to keep up to date with the latest forecast.”