Several parts of the UK were dusted with snow on Tuesday, with temperatures dropping as low as -8C in parts of Scotland. According to the Met Office, on Wednesday some parts of Scotland are forecast to see more snow and further snowfall is expected to hit the UK later this week.

Much of northern Scotland is under a yellow snow warning on Wednesday morning until 10am.

The warning reads: “The cold northerly airflow will bring further snow and hail showers across much of northern Scotland.

“Snow amounts of around 1 to 3cm are likely at all levels and in addition, strong winds will lead to some drifting.

“Showers will become both lighter and less frequent through Wednesday morning.” 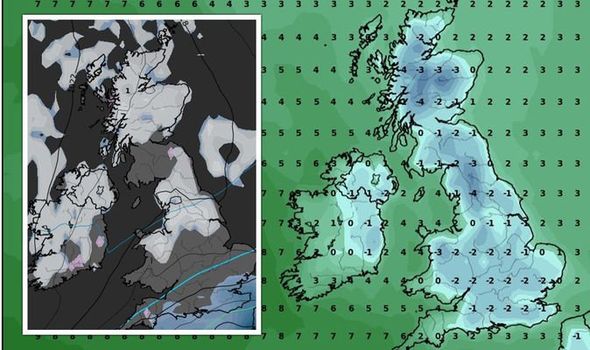 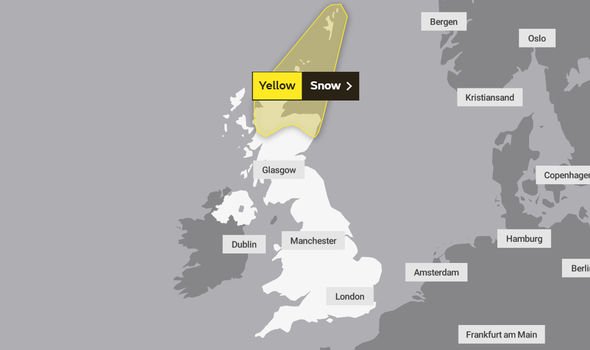 Wednesday is forecast to be a chilly day for much of the country, according to WXCHARTS weather maps.

Minimum temperature forecasts show temperatures as low as -4C could be possible on Wednesday morning in parts of Scotland and northern England.

Temperatures could also plunge into the minuses elsewhere in the UK on Wednesday morning too.

Southern England and the Midlands could see temperatures as low as -2C, while -3C could be possible in parts of Wales. 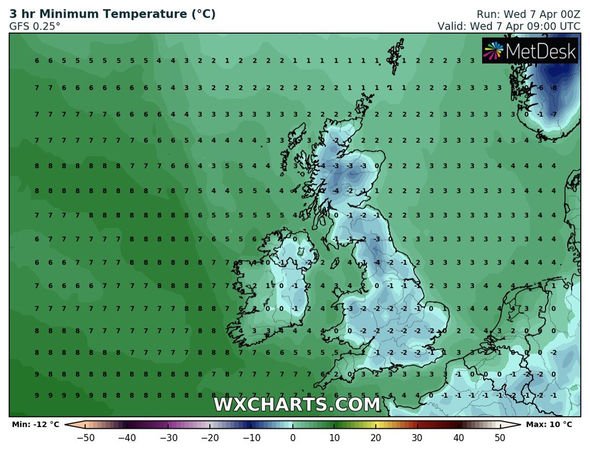 According to the latest Netweather forecast, Thursday may offer a brief respite from the cold snowy weather, but a blast of “arctic air” is expected towards the end of the week.

Netweather explains: “Although not feeling so, Thursday will be somewhat milder.

“But the respite from the cold will be brief, with another less severe blast of Arctic air likely by Friday and into next weekend.”

With the colder weather expected later in the week, more northern areas of the UK can also expect to see some snow. 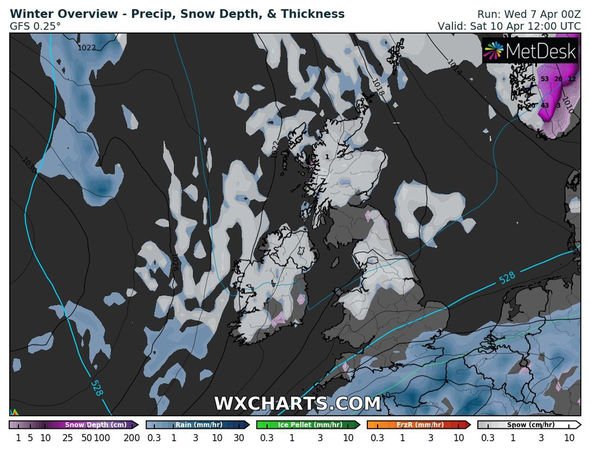 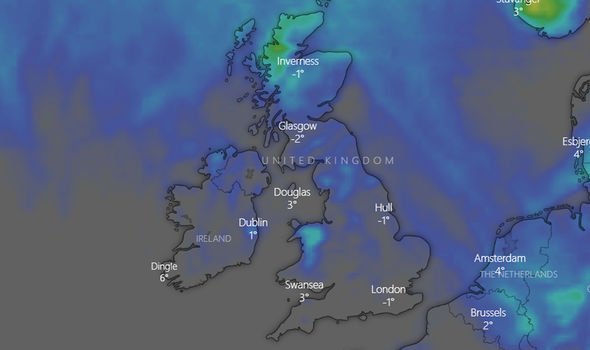 Netweather forecasters say conditions will feel “bitterly cold” particularly to the North, Scotland and Northern Ireland where wintry showers will build this week.

The Met Office outlook for Friday to Sunday reads: “Wintry showers across the north Friday and Saturday, cloudier in the south with rain in places.

“Many parts dry and bright Sunday, some rain spreading to the northwest later.”

WXCHARTS winter overview maps, which use data from MetDesk, show new snow across swathes of Scotland on Saturday. 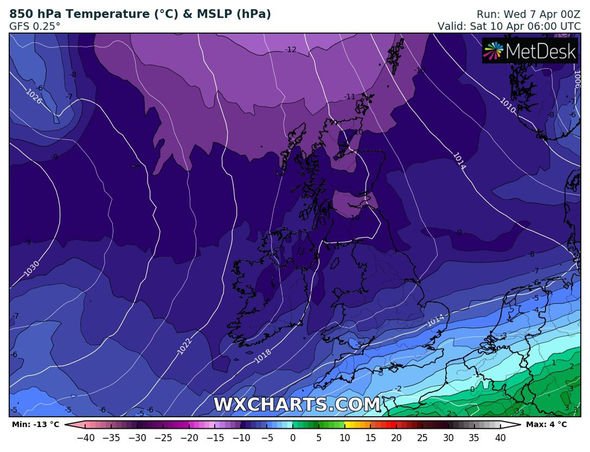 Parts of northern England, northern Wales and Northern Ireland are also forecast to see some snow.

Over the next five days, Windy new snow maps also show significant snowfall is expected to fall across northern areas of the UK.

The highest amount of snowfall is forecast for parts of northern Scotland over the next five days.

However, some snow could also fall over central and eastern England too, according to the forecast.