The UK was hit with three devastating storms over the wettest February on record. Which caused many to evacuate their homes due to the devastating Storm Jorge wreaking havoc among many regions. Now the UK will see more freezing temperatures and even snow in some parts as the miserable weather lingers.

“The weather is in no hurry to leap into spring.

“Jorge really wound itself up, with explosive cyclogenesis and a pounding for the UK.

“Cold air coming straight down from Greenland means temperatures close to the coldest of winter from Sunday night to Tuesday night, with down to -9C in Scotland overlying snow, -6C in northern England and -4C in the South. 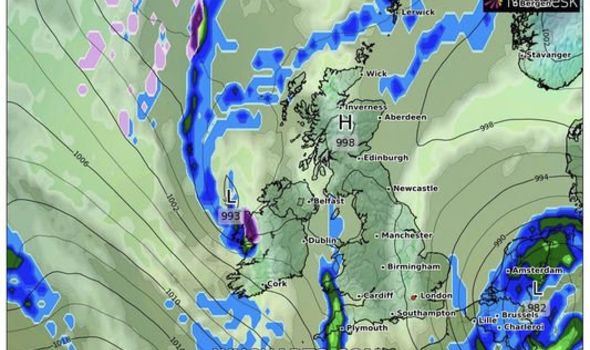 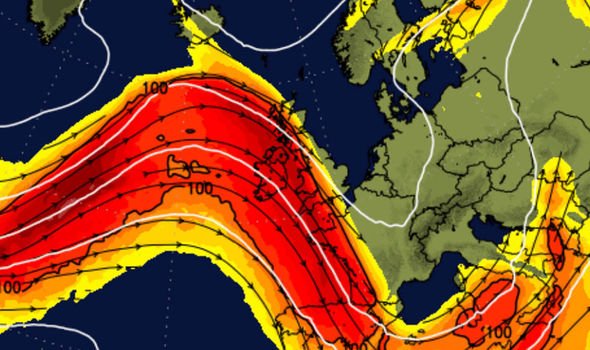 “Snow in the week is likely in northern England and Scotland, with a chance to lower levels.

“Central and southern areas may have occasional hill snow, including on the North and South Downs.

“There are ice risks in places and Wednesday into Thursday is forecast more rain and gusts up to 50-60mph in the South.

“It stays wet, windy and chilly into next weekend.” 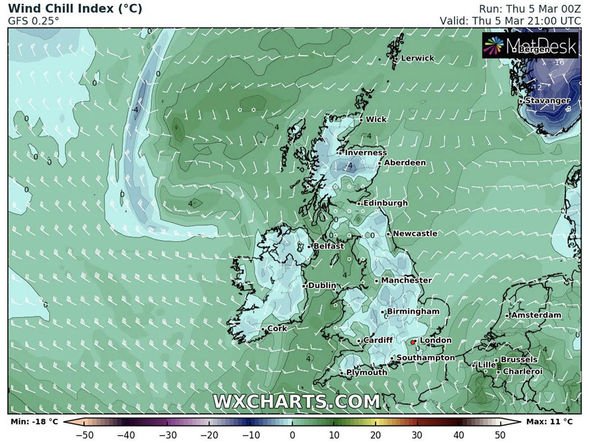 And temperatures will plummet to 03C in southern areas of Scotland.

Further down the UK, there will also be lows of -1C in Liverpool and 0C in Birmingham.

The Met Office has warmed wintry showers will fall over higher ground in northern regions. 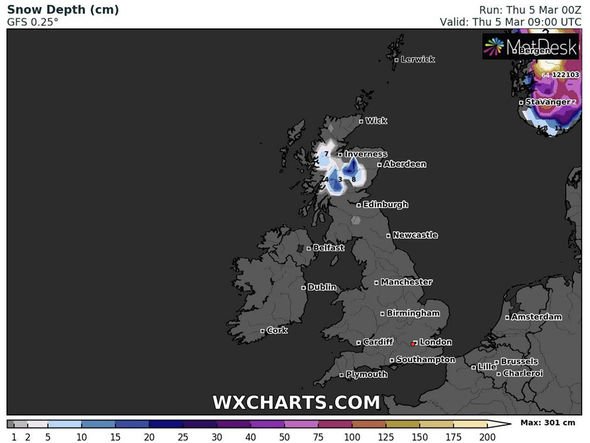 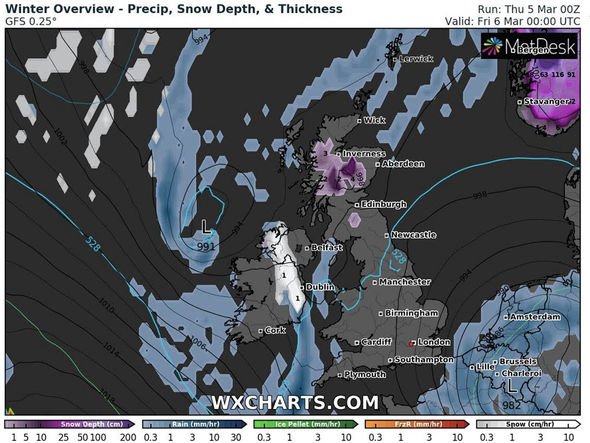 Forecasters are even predicting March will see more storms across the UK.

In the early hours of today, temperatures fell to below zero in Loch Rannoch, Scotland.

And more rain is forecast for this week, continuing the miserable conditions seen for most of February.