Home » World News » US health officials: 20 million Americans may have had COVID-19

US health officials: 20 million Americans may have had COVID-19

Many infections were not caught in early testing when supplies were limited and testing was prioritised on symptoms. 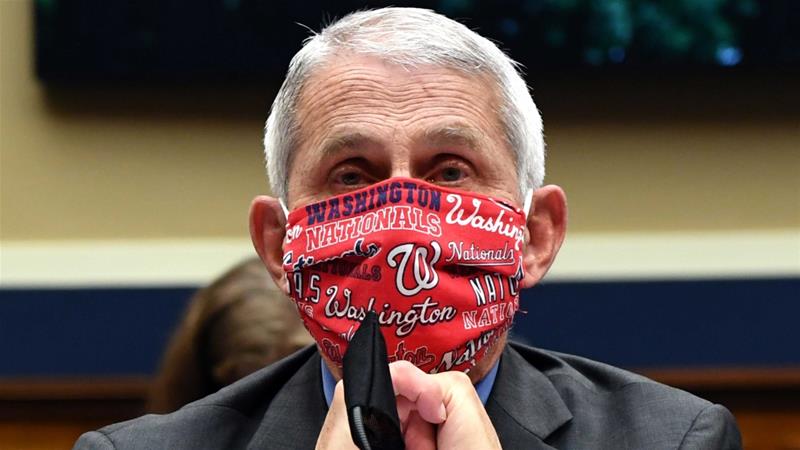 US officials believe as many as 20 million Americans have contracted the coronavirus, suggesting millions had the virus and they never knew it.

That is nearly 10 times as many infections as the 2.3 million cases that have been confirmed and comes as the Trump administration works to tamp down nationwide concern about the COVID-19 pandemic as about a dozen states are seeing a worrisome increase in cases.

The administration also looks to get its scientific experts back before the public more as it tries to allay anxieties about the pandemic while states begin reopening. Since mid-May, when the government began stressing the need to get the economy moving again, the panel’s public health experts have been far less visible than in the pandemic’s early weeks. 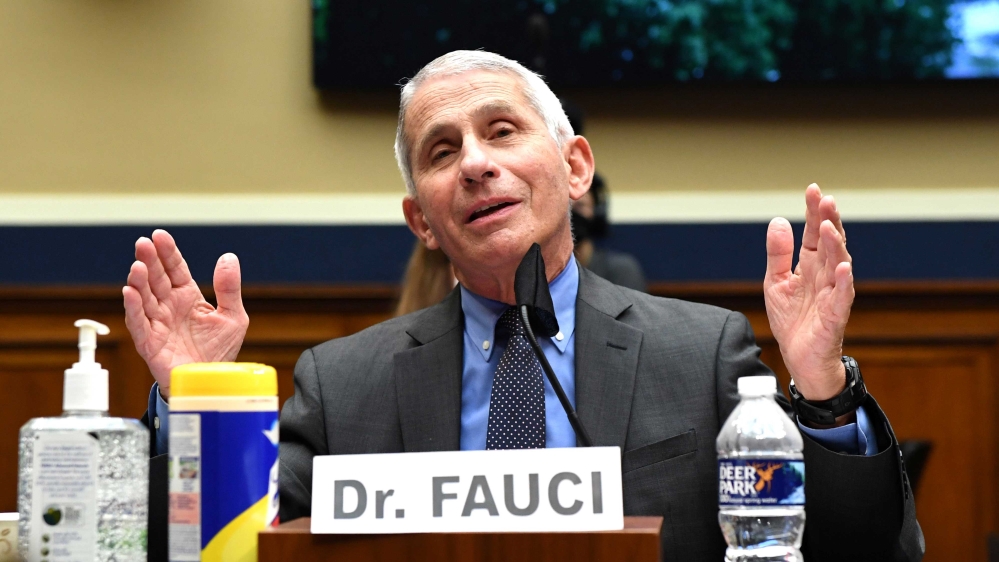 Twenty million infections would mean about 6 percent of the nation’s 331 million people have been infected, leaving a majority of the population still susceptible to the virus. Previously, officials at the Centers for Disease Control and Prevention and the nation’s top infectious disease expert, Dr Anthony Fauci, have said as many as 25 percent of infected people might not have symptoms.

The new estimate is based on CDC studies of blood samples collected nationwide. Many infections were not caught in early testing, when supplies were limited and federal officials prioritised testing for those with symptoms.

Administration officials are pointing to the new data to allay public anxieties, claiming that while there have been significant spikes, they have the outbreaks well in hand.

President Donald Trump, who refuses to wear a face mask in public, has been playing down the virus threat, insisting recently that “it’s fading away, it’s going to fade away”.

Senior administration officials maintained they were not trying to minimise a public health crisis. But they insisted the nation was in a markedly different place with the virus now than when the US last saw similar infection numbers in mid-April, when testing infrastructure was weaker. The officials spoke on condition of anonymity to discuss the matter candidly. 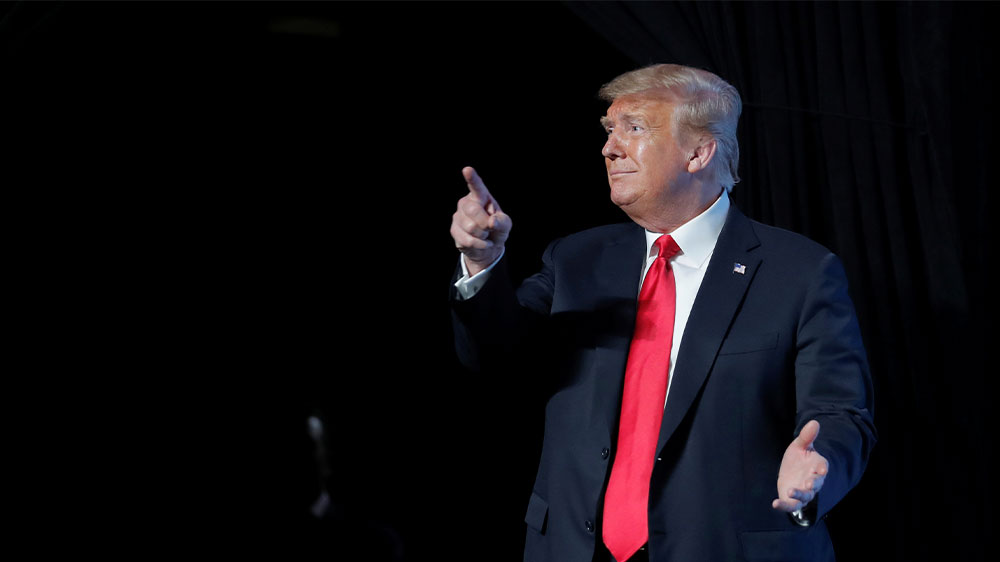 The administration officials did not provide full results of their blood sample collections, and several independent experts said the methods and locations of sampling are key to interpreting their meaning.

Dr Thomas Tsai, a Harvard University health policy researcher, said 20 million seems reasonable, but “most of these estimates exist in a range” and it is important to know how wide that is.

“It’s hard to interpret this just from a single number and without the context for it,” such as what locations were sampled and whether it was truly a random slice of a population or areas of low or high prevalence, which can skew the results.

Despite the phase-out of daily White House coronavirus briefings, the administration has been closely monitoring data on the spread of COVID-19 and has been deploying teams from the CDC to identify and stem outbreaks around the country.

A dozen states in recent weeks have seen a worrisome uptick in new cases, as well as in the more critical measure of the percentage of positive cases discovered in tests performed. Seven states have seen more than 10 percent of tests come back positive. And troublesome spikes in Sun Belt states have dominated news coverage in recent days, to the consternation of Trump administration officials. 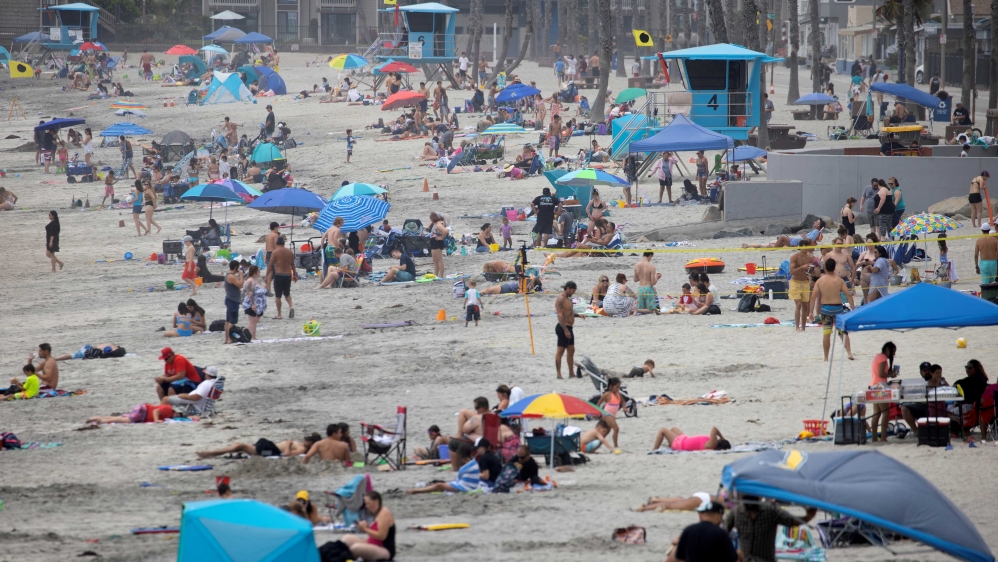 They point instead to more nuanced county-level data, which shows positivity rates exceeding 10 percent in just 3 percent of the nation’s counties. Yet they acknowledge that some of the areas with the highest transmission rates are generally the most populous, suggesting tens of millions of Americans could be living in areas with spiking infections.

As states reopen, the administration says it is up to governors and local officials to determine how to respond to the spikes. Texas GOP Governor Greg Abbott, for example, recommended that most residents remain home for their safety, as his state sees virus infections increasing in major metro areas.

The CDC teams, officials said, are working to trace new outbreaks and reinforce protective measures like social distancing and mask wearing in hard-hit areas and to remind vulnerable populations to take extreme precautions. The administration says those efforts have helped slow new infections in North Carolina and Alabama, where they were deployed earlier this month.

One of the hard-hit areas is Phoenix, where Trump held an event on Tuesday with thousands of young attendees, nearly all of whom were without masks. 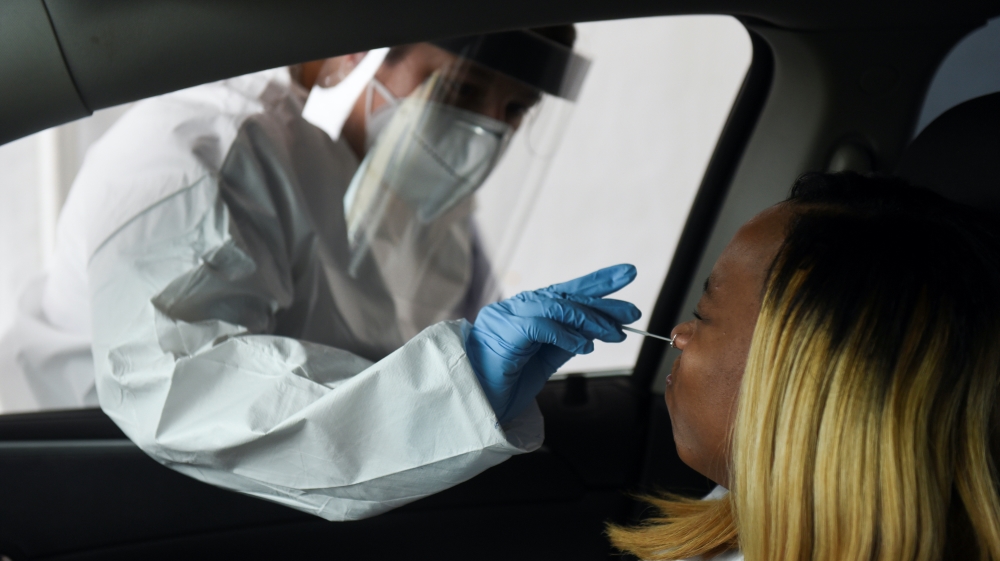 The officials say the nature of the outbreak now is different from months ago, when deaths topped more than 1,000 per day for weeks and hospitals were stretched beyond capacity across the country. The new increase in positive cases, they said, is capturing what has long been there. They say it is only now showing up in data because the US has increased testing and surveillance.

Meanwhile, mortality data has steadily declined, as have hospitalisations in all but a few hotspots.

To the administration officials, that reinforces their hypothesis that millions unknowingly had the virus earlier this year. Through early May, federal guidelines prioritised testing for symptomatic people, those exposed to a positive case and those in high-risk environments.

With testing far more widespread now, officials believe 50 percent of the new cases in Florida and Texas are among people ages 35 or younger, and most of them are asymptomatic.

The White House removes states with the limited spread of COVID-19, like Hawaii and Wyoming, from its list of places of concern, despite their high percentage increases, because they are seeing just several dozen cases.

The US is testing about 500,000 patients per day. On a per-capita basis, the US rate falls behind several other countries, including Spain, Australia, Russia and Iceland, according to figures from Johns Hopkins University.

There is no scientific consensus on the rate of testing needed to control the virus. But many experts say the US should be testing roughly one million to three million people daily to catch new cases and prevent flareups.

Administration officials said they expect to be able to run 20-40 million tests per month beginning this fall.

Testing is constrained by laboratory supplies needed to run the tests but also lack of demand for tests in some areas.